SLOVAKIA's almost certain eurozone entry has launched the busiest phase that some sectors will ever face, posing new challenges to both small and larger firms, as well as the consultants these firms might hire to assist the process. While some say that the euro-switch should bring some good business to the consultants, the consultancy firms say that it also increases pressure and requires responsibility. 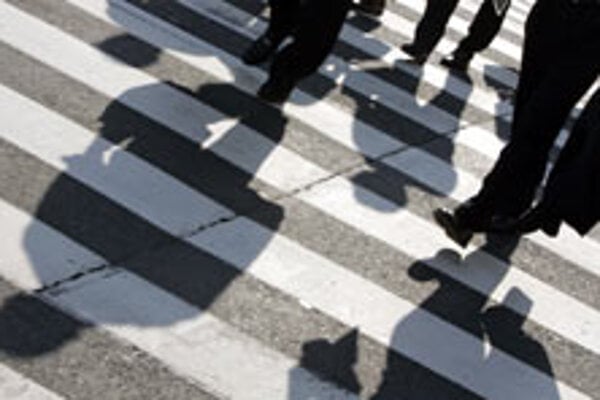 Some companies are using advisors in the march toward the euro. (Source: Reuters)
Font size:A-|A+

SLOVAKIA's almost certain eurozone entry has launched the busiest phase that some sectors will ever face, posing new challenges to both small and larger firms, as well as the consultants these firms might hire to assist the process. While some say that the euro-switch should bring some good business to the consultants, the consultancy firms say that it also increases pressure and requires responsibility.

The smaller firms, due to lack of finances, might try to manage the process on their own, while larger companies, with larger assets, often lack the time and staff to carry out these processes and thus are more likely to opt for outsourcing.

"The process of euro conversion is certainly an interesting business opportunity for consultancy companies," said Ivo Rozehnal and Martin Váross, ERS -Enterprise Risk Services managers at Deloitte. "As it is a one-off matter demanding a large number of experienced people, involving external consultants is a logical option."

Rudolf Sedmina, a partner with KPMG , said that the switch to the euro represents opportunities from different points of view. Most simply, it is an opportunity, since the advisory firms provide advice, which they are being paid for.

However, it also is an opportunity for the clients to make their systems more effective, upgrading them or replacing them in coordination with the euro-switch, Sedmina told The Slovak Spectator.
"And finally, the advisory firms are talking to every department and are often able to identify other problems that these divisions have, which opens opportunities for further consultancy" Sedmina said.

According to Sedmina, finding internal resources in a firm to cover the process of euro-switch is very demanding, since employees are already burdened by their everyday responsibilities. When firms then have to ask their employees to allocate special teams or part of the working day to preparations for the euro-switch, it may create serious problems in many firms.

"In the case of larger firms, an external advisor is necessary," he added. "The advisors bring know-how, since they have experience analyzing and solving these problems. And the companies simply do not have the internal resources to address these issues."

Customers may often use external firms for euro project management, which means that an external firm manages the project, which involves internal employees, Sedmina explained.

When comparing the options of hiring an external consultant or covering the euro-switch internally, the second option appears cheaper, but it often calls for freeing managers from their everyday duties, Rozehnal and Váross said.

While the advantage of an internally-handled process is familiarity with the company environment, a disadvantage might be lack of previous experience with the euro-switch, they added.

An external advisor can offer an independent view of the problems involved in the switch and access to tools and methods used previously during similar processes in Slovakia or in countries which have already switched to the euro, Rozehnal and Váross added.

However, hiring an external advisor does not free the firm's management from responsibility for the euro-switch process, which must be in line with the law and shouldn't jeopardise the way the firm functions, they added.

Those companies who hire external advisors use them mainly to prepare the initial analysis that monitors the extent of euro adoption impact and creates a strategy for the euro-switch, they said. In other stages, the advisors provide continuing professional support such as providing a project manager for the euro-conversion project and regular consultations, Rozehnal and Váross said.

If the firms are addressing the euro-switch internally, they are still often interested in having the quality of their euro-conversion project evaluated. The evaluation might identify any potential risks in the process, said Rozehnal and Váross.

"Certainly, one should assume that the services of an external advisor will have their costs; experience shows that the price of such services will grow as the date of euro adoption nears," Rozehnal and Váross told The Slovak Spectator.

According to them, the price of the external consultancy ranges from a couple of hundred thousands crowns up to tens of millions.

"One has to realise that it is a one-time, high-priority project," Rozehnal and Váross said.

Róbert Srnka, senior manager of business advisory services at Ernst & Young, said that the expenses of an external advisor would depend on the complexity of conversion, the extent of support and also the level of experience of the external advisors.

And even small firms with limited budgets may use some external advice for a relatively low cost.
"In the case of limited resources, it is possible to pick the most risky areas and use limited external support to focus on those," said Srnka. "Certainly, it is not appropriate to leave resolution to the last moment since euro conversion has a firmly fixed deadline for all and the resources are limited."

As in larger companies, in small firms it is also necessary to analyse the euro impacts and risks first and then the steps to be taken, said Srnka. However, these do not have to be formal steps or so extensive as in larger firms.

Rozehnal and Váross suggest that smaller firms take part in training or workshops where particular stages and processes of the firm's operation are discussed along with the impact of euro conversion. There is also a possibility of having the quality of their euro-project checked, or asking for outside consultations only in particularly problematic areas.

Sedmina recommends smaller firms take advantage of the forums and information links that have been created for this purpose.

"There is always an option to address some questions to institutions and ministries, etc., if something is unclear," Sedmina said.

Challenges for the IT sector

IT firms will be among the busiest during the euro-switch.

Ľubomír Gabriel, consulting & services director of IDS Scheer's, said that it is necessary to correct the view that the euro-switch will bring a windfall to consultancy firms and other suppliers. According to Gabriel, there will be enormous pressure and stress on all euro project consultants.

The clients also have immense requirements for the suppliers, who are expected to be knowledgeable about legislation, proceedings, processes, specifics and the systems itself, he added
"The clients want to have an execution plan defined immediately for every minute and they are reluctant to yield to the coordination needs of the suppliers, who are working on several conversion projects at once," Gabriel said.

As for the costs for the preparation of information systems, Gabriel said that these could be at 0.3-1.3 percent of the client's annual turnover. However, there might be some exceptions, he added.
Marian Mayer, business development manager of Aston ITM, said that the euro conversion is an opportunity for the IT business since the legislation calls for a huge amount of work.

"However, it is specific in the point that it is one-time assignment and given in fixed terms," Mayer told The Slovak Spectator. "The process takes away from the IT firms and their clients the necessary ability to develop other important IT projects supporting the growth of their effectiveness and saving costs."

Investment into euro conversion will not bring such benefits to them in the short-term, he added.
An external IT advisor can perform an audit of all the areas sensitive to conversion and propose ways the company might accomplish the euro switch. At the same time it can coordinate internal and external resources during preparation and subsequent control of the preparation of the system, Mayer said.

The services of external IT advisors are mainly used by larger firms which must address a large volume of complicated processes and which can afford the services of qualified external advisors, Mayer added.

Smaller firms are mostly using package software programmes, ansd should therefore have information from their IT providers about the necessary upgrades on time, said Mayer. Also, they should map all the currency operations and outputs which will need to be fixed on time, so that nothing is omitted.