SLOVAK banks have already discovered the advantages of outsourcing. They use it as a way to cut costs and staff, while staying aware that the situation is different for banks, which work with sensitive personal data. 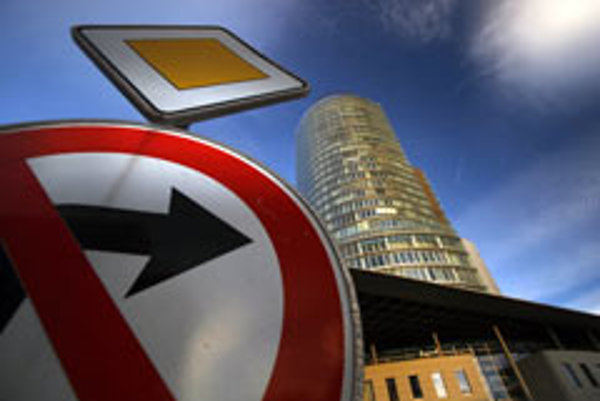 SLOVAK banks have already discovered the advantages of outsourcing. They use it as a way to cut costs and staff, while staying aware that the situation is different for banks, which work with sensitive personal data.

"Efforts to make certain activities more effective and to speed them up have led us to outsourcing," Drahoslav Ondruška, the director of Slovenská Sporiteľňa bank's department of strategic risk control, told The Slovak Spectator.
"In the case of sales, we try to create a synergy with our partners. But we outsource supporting activities to provide more space for focusing on main banking activities. This is why we outsource them to companies for which the given segment is their core business."
ČSOB bank uses outsourcing to increase quality, save on costs, and reduce internal administration, Tereza Molnár Copláková, the bank's spokeswoman, told The Slovak Spectator.
ČSOB outsources in particular services that the bank has insufficient resources to pursue, those that are narrowly specialised, or those that would be ineffective for staff to resolve.
"These are in particular many activities in the IT sector," said Copláková.
Slovenská Sporiteľňa, the biggest Slovak bank, also outsources operation of its IT systems. Other important outsourcing in this bank include procurement, processing of invoices, and the sale of credit cards by partners, such as insurance companies. It also outsources document disposal and collection of unpaid loans, said Ondruška.
But since many banking operations are considered confidential, their outsourcing poses a potential risk.
"We are using outsourcing to a lesser degree, especially in services that can be sensitive," Boris Gandel, spokesperson of Tatra Banka, told The Slovak Spectator.
Since outsourcing certain activities presents a risk, the National Bank of Slovakia has issued guidelines for prudent outsourcing. The NBS Banking Supervision Division approved the guidelines on June 8, 2004.
"The risks depend on the kind of activity that has been outsourced," Jana Kováčová, spokesperson for the National Bank of Slovakia (NBS), told The Slovak Spectator. "In the most broad understanding, it is possible to base them on the operational risk, such as the danger of loss due to insufficient or incorrect processes, the human factor, legal risks, as well as reputation risk or strategic risk."
Kováčová observed that this kind of guideline is not legally binding.
"In general, this type of guidelines from the central bank's supervision division mostly interpret or complete the provisions of generally binding legal regulations, so it is in banks' interest to respect them," Kováčová told The Slovak Spectator.

According to Kováčová, the guidelines do not address specific risks or activities, but recommend a systematic approach to outsourcing.

"This means that it deals with the key elements of outsourcing, such as its definition, prudent outsourcing procedures, risk management, banking secrecy and personal data protection, the contractual relationship between a bank and a provider, contingency plans, the Banking Supervision Division's approach to outsourcing and a list of activities that cannot be outsourced," she said.
According to these guidelines, particular internal audit and internal control activities should not be outsourced, nor should the responsibilities of a compliance officer or a head officer. When outsourcing, banks in Slovakia follow the rules of their parent banks, which respect the guidelines.

The decision to outsource is always preceded by a detailed study to analyse the benefits of outsourcing, the organisation on which the bank wants to outsource as well as the risks connected with it.

"When selecting a provider of outsourcing, the bank in general follows the principle of prudence, takes into consideration experiences with the provider and its references, the complexity of provided services and the provider's position in the market," Ondruška told The Slovak Spectator.
Experts expect that outsourcing will have a key role in the future. Deloitte estimates that the biggest banks in the European Union will have outsourced $356 billion abroad by 2008, Investor magazine wrote. The European banking sector primarily outsources IT infrastructure (44 percent), followed by business processes (28 percent) and development and maintenance of applications (23 percent).

(Marta Ďurianová contributed to this report)