MORE than 60 museums and galleries across Slovakia made their exhibits available for a token entrance fee on May 17 to mark the International Day of Museums. 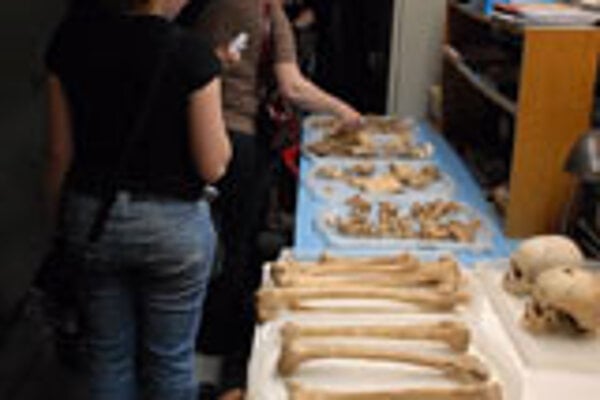 MORE than 60 museums and galleries across Slovakia made their exhibits available for a token entrance fee on May 17 to mark the International Day of Museums.

This was the first time the event was celebrated nationally, rather than just in the capital. As well as backstage access, visitors were treated to workshops, curatorial presentations, film projections, restoration demonstrations, and some depositories.

Bratislava residents responded by flooding several museums and galleries, which reported overflow crowds on May 17.

"We had to regulate the number of visitors at some hours to the restored rooms at the Museum of Viticulture, Museum of Historical Interiors in Apponyi Palace, and Museum of the City's History in the Old Town Hall," Marta Janovičová of the Bratislava City Museum (MMB) told the SITA newswire.
There was also a lot of interest in the view from the Town Hall Tower and St. Michael's Tower, where the MMB stores exhibits from the arms museum. According to preliminary estimates, between 2,000 and 2,500 people visited the bigger exhibition rooms at the MMB alone, which is about ten times the usual number.

Other big draws included the ruins of Devín Castle and the ancient Roman site of Gerulata, in Rusovce.

More than 3,000 people attended the City Gallery of Bratislava in Mirbach Palace, which was showing an exhibition of works by early twentieth century Czech artist Jan Zrzavý. And more than 1,100 fans of Slovak and Central European art visited an exhibition at Pálffy Palace.

Because of the nice weather, galleries and museums were almost completely filled by the early evening. In the Slovak National Gallery (SNG), accompanying programmes that started after 21:00 were the most heavily attended.

Katarína Pikalyová, head of the SNG communication department, said there was tremendous interest in the exhibition Rudolf Sikora: Against Oneself and a musical-experimental performance that took place in front of his picture later that evening.

There was also the Italian Opera (Early) Evening May's Night's Dream, which in addition to pieces from Italian opera, offered interesting expert commentary.

The Slovak National Museum in Bratislava reported that some people queued for hours to look at the exhibitions in the area around the castle and on the Vajanský Waterfront.