SLIGHTLY more than six months before it becomes history, the Slovak currency has been experiencing its most exciting times. 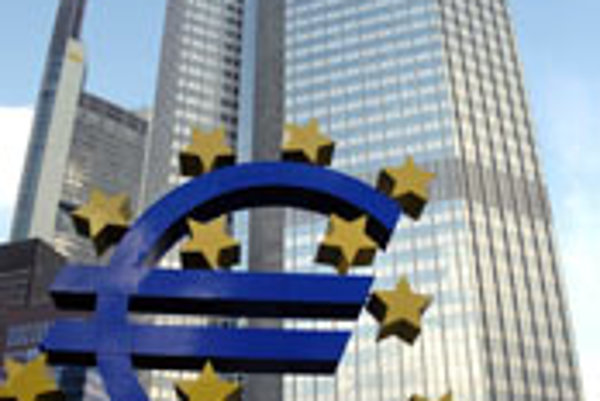 SLIGHTLY more than six months before it becomes history, the Slovak currency has been experiencing its most exciting times.

After its recent victory march to new heights, the European Central Bank has revalued the crown's central parity, moving it to 30.1260 SKK/EUR within the Exchange Rate Mechanism II. While the market had expected the revaluation, opinions on when it would happen differed.

The new compulsory intervention rates in the ERM II have been set at Sk34.64 and Sk25.60 per euro and were immediately effective from the opening of the foreign exchange markets on May 29.

"It will support the authorities in maintaining macroeconomic stability," the European Central Bank said in its official release. "The revaluation is based on the authorities' firm commitment to pursue appropriate supportive policies to maintain price stability in a sustainable manner, underpinning external competitiveness and strengthening economic resilience."

The ECB, however, suggested that Slovakia speed up fiscal consolidation and as of next year start trimming the deficit by 0.5 percent of GDP annually. An even tighter fiscal stance should be adopted to treat additional inflationary pressures, if these arise, the ECB added.

The ECB also recommended that the government promote wage developments that reflect labour productivity growth, mainly in the public sector, undergo further structural reforms in education and science, and improve the functioning of labour markets.

The revaluation of the central parity is a success and evidence of positive economic development in Slovakia, Prime Minister Robert Fico told the press on May 29. It was the maximum Slovakia was able to negotiate with European institutions, he added.

"I won't speculate what the conversion rate will be, which has nothing to do with setting the central parity," Fico said as quoted by the SITA newswire.

The Slovak market is now waiting with bated breath for the the final conversion rate for the Slovak crown to the euro to be set on July 8. While many market watchers had predicted two weeks ago that the conversion rate would be above 31.00 SKK/EUR, they now expect it to be somewhere very close to the new central parity.

"The revaluation has brought two surprises," Viliam Pätoprstý, chief analyst with UniCredit Bank, told The Slovak Spectator. "The smaller one was that the revaluation happened in the middle of the week. The second, and larger, surprise was that the central parity was set at a level stronger than the market had ever reached before."

The Slovak crown immediately reacted to the new central parity by jumping to a new high of 30.08 SKK/EUR, before easing slightly. Later in the morning of May 29 the Slovak crown stood at 30.23 SKK/EUR.

The crown might take a new direction once the country's politicians and the central bank release their reaction to the revaluation, Mária Valachyová, analyst with the Slovenská Sporiteľňa bank, told The Slovak Spectator.

"Although the crown's surge in recent weeks and statements by politicians on their preference for the strongest conversion rate possible suggested that the new parity would be at strong levels, we had not expected that it would be set beyond the market," Valachyová said.

The new parity represents an economic equilibrium not expected until after 2009, she added.
Martin Lenko of VÚB Bank said that the conversion rate will be set at the level of the current central parity in the same way as happened in countries that have adopted the euro ahead of Slovakia.

"However, considering the fact that the final decision will probably be a purely political one, we see the risk of setting an even stronger rate," Lenko said. "To make the conversion simpler, it could be Sk30 per euro."

When setting the conversion rate, from the economic point of view, it is necessary to consider the interests of all the parties involved in the economy, Lenko told The Slovak Spectator.

"I keep in mind that a strong exchange rate benefits importers and indirectly also consumers, considering that a volume of consumer goods and food is being imported to Slovakia, but would have a negative impact on the smaller exporters," Lenko said.

In other words, a conversion rate that was too strong would put exporters at a disadvantage abroad, he added.

However, in political terms, a consumer is more mindful of the fact that a weak conversion rate will cause prices to grow than that a strong one will harm his employer and could cause him to lose his job, according to Lenko.

Paradise for speculative trading will soon be lost

Though the Slovak crown will be traded until the date of the adoption of the euro on January 1, 2009, the announcement of the official conversion rate will close much of the space for speculative trading by foreign banks, according to Zuzana Holeščáková, analyst with Poštová Banka. Lenko agrees that foreign investors see these days as the last chance to take advantage of the strengthening crown.

"The increasing demand for the crown was launched by the European Commission report on May 7 and PM Robert Fico's comments on his preference for a strong exchange rate," Lenko said.

As far as the impact of speculations on setting the conversion rate, the process of defining the fixed rate should be independent regardless of any influences and pressures from the market, he added.

"We expect that the market will reconcile with the situation shortly after the rate is published," said Holeščáková. "However, until then there is still room for speculative trading."