THE IDEA of clusters - co-locating and interconnecting industry, research bases, a labour source and local administrative support - which are already a reality in places like Silicon Valley in California, and Aerospace Valley and Axelera in Europe, is now gaining ground in Slovakia. Industrial clusters have begun mushrooming across the country. 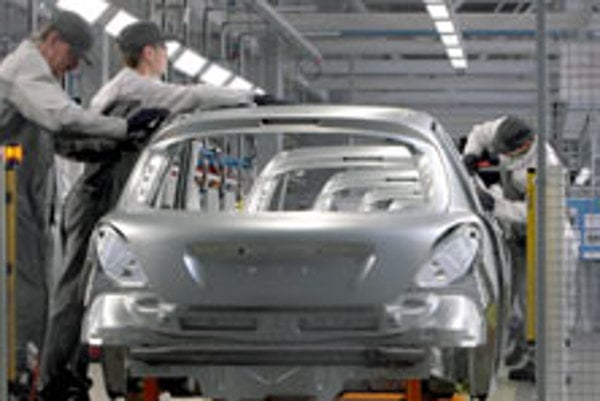 THE IDEA of clusters - co-locating and interconnecting industry, research bases, a labour source and local administrative support - which are already a reality in places like Silicon Valley in California, and Aerospace Valley and Axelera in Europe, is now gaining ground in Slovakia. Industrial clusters have begun mushrooming across the country.

The first large cluster, Automotive Cluster - Western Slovakia, focused as its name suggests on the car industry, was created several months ago in the Trnava Region, centred on the town of Trnava. Shortly afterwards, in May, agreements were signed to establish two new clusters. The first is the Electrotechnical Cluster, with its centre in Galanta, also in the Trnava Region. The second, Z@ict, in the Žilina Region, is focused on information and communication technologies. Košice and Banská Bystrica also recently announced their intention to establish a joint cluster.

On May 22, 12 founding members from the private, academic and public sectors signed an agreement to establish a new cluster, Z@ict, which will focus on information and communication technologies. The Žilina Region is one of the main co-founders of the cluster.

"Based on the strategic documents 'Programme of Economic and Social Development of the Žilina Region' and 'Žilina Innovation Policy', we will gradually fulfil our ambition to improve the long-term competitiveness of the region," said Juraj Blanár, chairman of the Žilina Region.

In order to improve its competitiveness, the region is also planning to establish clusters in the tourism, automotive and wood processing industries in the future, Blanár added.

"Žilina's innovation policy shows that our region has a strong potential for the creation of further clusters," he said.

The main goal of the Z@ict cluster is to stimulate employment and improve the quality of education, to increase the competitiveness of the local organisations, research institutions and companies active in information and communication technologies, and to support the development of the whole region, according to the Žilina Region.

Z@ict is also intended to increase awareness of information and communication technologies, create better working conditions, and minimise the outflow of qualified IT experts and graduates from the region.

According to the Žilina Region, the cluster has the potential to create 500 highly-qualified jobs in IT in the region over the next three years. It currently has a cumulative turnover of Sk2 billion (€64.5 million) and about 1,000 employees.

"Žilina Region is, with its technological and academic background, predestined to become a leading centre of information technologies in Slovakia," said Florián Kevický, president of the society of legal entities of Z@ict and a director of Siemens Programme and System Engineering's Žilina-based branch.

The Žilina cluster should stimulate an exchange of industry know-how and knowledge to universities and secondary schools and vice versa. Defining an optimal graduate profile for the information and communication industries will be one of the first tasks of the cluster, he said.

"A more attractive, higher quality academic environment should attract a larger number of students from other regions of Slovakia," said Ján Bujňák, the rector of Žilina University.

Among the short-term goals of the cluster are creation of a plan and content for life-long education of teachers of technical subjects, an increase in the number of students applying for secondary schools and universities in the region, the organisation of regular seminars between employers and educational institutions, as well as the establishment of a job portal.

Trnava: the region of clusters

The Trnava Region was the first in Slovakia to establish a cluster. Automotive Cluster - Western Slovakia has been in place for several months, though talks are continuing with potential members including production plants, research institutions, schools, banking houses, and relevant ministries.

Both clusters are also trying to develop links with foreign clusters, mainly in Austria, Slovenia, the Czech Republic, Croatia, and Hungary.

For the construction of clusters and supporting innovation, the Trnava Region wants to use finance from national and regional budgets as well as EU funds.

It is necessary to encourage international companies operating in Trnava to move their research activities to their subsidiaries in the region, said Cipár. It is also necessary to initiate cooperation with Slovak universities and research institutions and other businesses involved in research.

"As has been proved by the experience of many developed European and global regions, the development of research activities has a positive impact on the overall economic development of a region," he added. Clusters then also serve to accelerate research and development for the needs of small and medium-sized companies, he said.

Among those companies which, according to Cipár, have begun looking at research activities in Slovakia are Samsung Electronics Slovakia, whose factory in Galanta is now Samsung's largest production plant in Europe, SONY (based in Nitra and Trnava), PSA Peugeot Citroen, and automotive parts suppliers such as Eissmann Automotive in Holíč and Sachs Slovakia in Trnava.

A cluster can provide its members with various additional services such as marketing support, access to customers, suppliers, finance, access to the results of research, labour, technology support, project management, and also allow for the transfer of technologies.

"From the list above it is evident that the range of services is far larger in the case of clusters than in the case of industrial parks," said Cipár. "To be a cluster member may mean having access to new ideas and technologies. It means support in the areas of employee education, marketing, project management, and many others."