CONVENTION tourism, along with spa and wellness tourism, is one of the most lucrative segments of the tourism sector, but Bratislava is lagging behind neighbouring capitals in its potential to attract such clients, market watchers said. 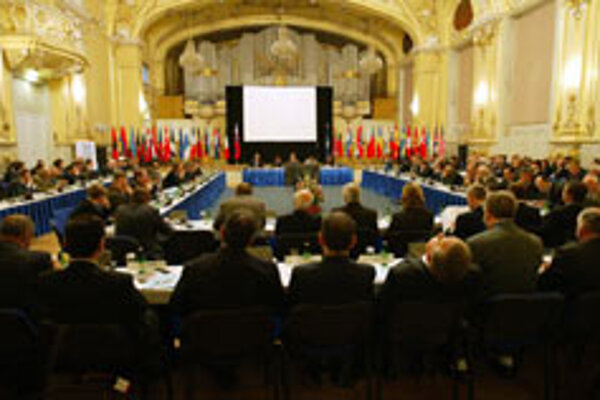 CONVENTION tourism, along with spa and wellness tourism, is one of the most lucrative segments of the tourism sector, but Bratislava is lagging behind neighbouring capitals in its potential to attract such clients, market watchers said.

They said the biggest obstacles facing the city are the insufficient number of congress facilities and four- and five-star hotels, which has led to a lack of awareness of the Bratislava brand among convention tourists.

"Bratislava certainly has all it needs to gradually become a place for incentive tourism," Milan Vajda, spokesman for the Bratislava city council, told The Slovak Spectator. "We are still a new destination, which is often most important because tour organisers want to take people to places they have never been. We have a good and improving transport connection, and culinary services are improving. The number of beds in four- and five-star hotels will increase by about 1,000."

The competition is fierce for congresses, symposiums, fairs and international seminars because their attendees spend more money than standard tourists.

"According to statistics, congress participants spent three times more than common tourists," Christian Mutschlechner, director of the Vienna Convention Bureau, said at the HNClub discussion forum in mid May.

This is not only because congress events are usually all-expenses-paid, but also because such events take place in high-standard facilities and require additional services, such as interpretation, technical equipment and side events.

Moreover, when congress tourists like a place, they often return with their families. Congresses and similar events also usually take place outside the high tourism season, helping hotels to fill their capacity more evenly.

In Vienna, which is one of the top European destinations for congress tourists, convention tourism brings a total of €197 million annually to the local economy. In Bratislava, it is just €4.3 million, Miroslav Kollár from Petržalka City, which plans to construct a multifunctional centre with a hotel and a conference centre, said in his presentation at the HN club discussion forum.
"Probably the most decisive indicator is congress tourism contribution per capita," said Kollár. "In Vienna it is €119.39 annually, but in Bratislava it is just €10.10 per capita."
Market watchers state that Bratislava's lack of congress facilities and top hotels is preventing its growth.

"Bratislava lacks facilities for organising congresses," Vajda confirmed to The Slovak Spectator. "It is able to apply for MICE (Meetings, Incentives, Conferences, and Exhibitions) events up to a capacity of 200-250 participants, but most events have an average of between 500 and 700 delegates."

But the lack of congress centres does not mean that Bratislava should build large facilities.
According to Mutschlechner, even though Vienna has three large congress centres, events exceeding 2,000 attendees accounted for less than 3 percent of the total number of events held last year. Events with up to 100 persons were 52 percent, followed by those with between 101 and 500, which were 37 percent.

"Only 10 percent of them take place in congress centres, because more than half take place at universities and hotels," Mutschlechner told the HN Club.

Congress events are planned many years in advance and the whole process is accompanied by strong lobbying, often at the state level.

Both Vienna and Prague have organisations supporting convention tourism, the Vienna Convention Bureau and the Prague Convention Bureau. Their main task is to promote the city as a potential destination for a congress or similar event and provide assistance.

Bratislava does not have such a bureau.

"I believe that an organisation like a Bratislava Convention Bureau will be launched within the next few years, at the latest," Vajda told The Slovak Spectator. "I am convinced that to be viable from the very beginning, it should be launched as a joint initiative by the tourism sector and the city or the region. This is related also to the joint associated financing. Convention bureaus in cities, which top the European MICE ranking, as Vienna, Stockholm, Barcelona, Birmingham, and others, function this way."

However, a place that aims to become a sought-after convention destination must first be an established tourism destination, market watchers say.

According to Mutschlechner, Bratislava cannot build its congress image without first building up its brand as a tourist destination.

"You need to establish, at least within Europe, a brand for your destination," Mutschlechner said at the discussion forum. "Not only for tourism, but as a brand in general. You need strong tourism promotion, strong branding and good marketing to attract people. Because the more people know Bratislava as a tourist destination, the easier it becomes to promote Bratislava as a city of meetings."

Vajda also sees the low awareness of Bratislava as a hurdle on its way to becoming a popular convention destination.

"The relatively low knowledge of the Bratislava brand as a new attractive place for leisure, meeting industry and business is still its biggest handicap," Vajda told The Slovak Spectator. "This is our primary task at the moment - to promote the brand via campaigns, press trips, participation at fairs, the website, etc."

Bratislava needs to fill a unique niche in the convention tourism market.

"If I were in Bratislava, I would completely focus on the automotive industry," said Mutschlechner. "Obviously, because this is the natural link to what is going on in Slovakia. At the moment, Slovakia is famous for the automotive industry in Europe, and that could be a selling point to attract meetings related to the whole industry."