INTRODUCTIONLike PPPs themselves, project-finance for PPP projects is of a complex nature; it is slow and has a high up-front cost. Adding together the complexity of a PPP project and its financing obviously makes these problems worse and more complex. It severely restricts the ability ofthe owners of a project – called Sponsors - to manage it freely. Nonetheless, there are good reasons why project-financing is commonly used for PPP projects, since it has benefits both for the private-sector investors in such projects and for the Public Partner (Public Authority). 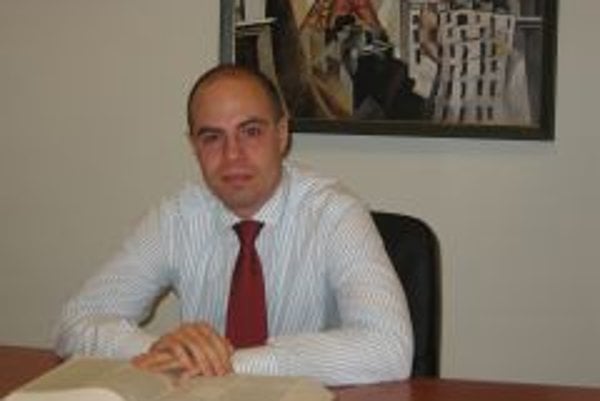 Like PPPs themselves, project-finance for PPP projects is of a complex nature; it is slow and has a high up-front cost. Adding together the complexity of a PPP project and its financing obviously makes these problems worse and more complex. It severely restricts the ability ofthe owners of a project – called Sponsors - to manage it freely. Nonetheless, there are good reasons why project-financing is commonly used for PPP projects, since it has benefits both for the private-sector investors in such projects and for the Public Partner (Public Authority).

Private-sector project-finance debt is basically provided from two main sources – commercial
banks and bond investors. Commercial banks provide long-term loans to project companies; bond holders – typically long-term investors such as insurance companies and pension funds – purchase long-term bonds (tradable debtinstruments) issued by project companies.Although the legal structures, procedures and markets for these two financing sources are different, the criteria according to which debt is raised in each of their markets are much thesame, reflecting the fact that each has advantages and disadvantages.

The key difference between loans and bonds is that bonds are by their nature and definition
tradable instruments and therefore have at least theoretical liquidity, which loans in theory do not. This difference is not as great as it appears, because many PPP bonds are sold on a teplacement basis to investors who do not intend to trade them in the market, whereas loans are in fact traded on an ad hoc basis between banks. However, the Project Company (i.e. the Private Partner or, if you like, Special Purpose Vehicle performing the project) and the Public Authority (Public Partner) will have less knowledge of, and potential contact with, bond holders than with bank lenders.

The key factors which are likely to affect a Project Company’s decision about whether to
use commercial-bank or bond financing (in a market where bond financing is available) are:
- Size: Bonds can only be used for larger projects, as investors want the bond issue to be
sufficiently large for the issue to have market liquidity. For very large projects there may be
more limited bank liquidity and so bonds may be more suitable; - Cost: Bonds have tended to have a lower cost than equivalent bank loans, partly because there is a wider investor base; - Term: Bonds have always been used to provide very long-term finance, whereas until the mid-1990s it was unusual for a bank projectfinance loan (or any other loan) to be for longer than 20 years. It remains the case that for very long-term loans (say 30 years or more) bonds will be more competitive.

There are a number of other, more detailed, pros and cons between loans and bonds, which cannot be discussed further here because of space limitations.

Another source of debt to fund PPP projects is the public sector, on an arm’s length basis. Such public-sector financing of a PPP projectcan be provided in priciple in the following ways:

Under this structure, the government lends tothe Project Company on similar terms –regarding repayment profile, security, etc. – as would private-sector lenders, but obviously at a lower cost because the loan is at or near to the cost of government bonds. Equity is provided by private-sector investors (Sponsors) in the usual way. The debt is guaranteed by privatesector commercial banks or is insured. Risk therefore remains with the private-sector investors, as in a standard PPP, but funding isprovided by the public sector.

The lower cost of funding is of course reflected in lower Service Fees (i.e. fees paid by the
Public Partner to the Project Company throughout the duration of the PPP contract), but the absolute benefit is limited. Commercial banks will charge the same guarantee fee as the credit margin they would have charged for a bond issue. The benefits are therefore more or less limited to the difference between the base cost of procurement of funds for the public sector and that for private lenders, assuming that, in general, the public sector is able to procure funding on more favourable terms than the private sector.

In order to assure the correct functioning of public lending, the public-sector lender has, however, to put in place a range of sophisticated monitoring, administrative and control systems and measures. For obvious reasons, the government is usually not well equipped to manage such issues or put in place such systems, and a better approach for public-sector funding would therefore probably be to use International Financing Institutions, which have developed the necessary specialised expertise to evaluate and take on project finance risks.

International Financing Institutions (“IFIs”) are institutions set up by international treaties to
provide development funding. As IFIs are independent of an individual country’s budget and are accustomed to financing public-sector infrastructure, it is a natural step for them to deal with PPPs. Their business is confined to developing countries and has to be additional to lending by commercial banks and other privatesector sources, i.e. if funding is available on reasonable terms from the latter the IFI must step out of the picture. IFIs are generally required to lend on arm’s-length commercial terms, which also ensures that their lending is additional, for there would be no reason to borrow from them if the same terms could be obtained elsewhere.

The European Investment Bank (“EIB”) is probably the most important public-sector institution lending in the PPP field. It is therefore worth considering EIB’s activities in detail, as these provide an interesting model for public-sector funding of PPP projects. Under the 1957 Treaty of Rome, which established what is now the European Union (“EU”), the EIB was created as an autonomous body within the EU to finance investment which furthers and promotes European integration. Its equity shares are owned by the EU’s member countries, but only 7.5% of these are paid in, the rest being available if required by the EIB. The EIB raises its funding on the capital markets (i.e. primarily through public and private placements of bond issues), and thanks to its ownership and capital structure it benefits from AAA rating in capital markets. Apart from governments, the EIB is probably the largest bond issuer in the European capital markets. Financing a PPP project Short introduction to different financing possibilities Under Article 267 of the Treaty of Rome, the EIB is required to operate on a non-profit making basis, providing financing for, inter alia, projects in less-developed regions of the EU, and projects of common interest of such size that they cannot be financed by individual member states. The Statute of the EIB, annexed to the Treaty of Rome, provides (in Article 18) that the EIB should make loans under Article 267 “to the extent that funds are not available from other sources on reasonable terms”, i.e. the standard ditionality requirement discussed above. The public-sector nature of EIB’s mission is set out in the same Article, which provides that “When granting a loan to an undertaking or to a body other than a Member State, the Bank shall make the loan conditional either on a guarantee from the Member State in whose territory the project will be carried out or on other adequate guarantees”. Another condition stated in this Article says that “As far as possible, loans shall be granted only on condition that other sources of finance are also used”. In practice, EIB normally provides a maximum of 50% of a project’s cost.

Finance can be provided both in euros andother major currencies, on a fixed or floatingrate
interest basis. The EIB´s public-sector ownership and high credit rating enables the Bank to raise its own funding on terms only slightly worse than European governments, which, combined with the fact that it only has to cover its costs rather than lend on commercial terms or make a return on its capital, means that it is able to lend to projects at a cost significantly lower than the commercial-banking or bond markets. Although lower cost is the main reason for the use of EIB funding in PPP projects, the EIB can offer true additional funding in circumstances where there are capacity problems in the private-sector financing markets: either because of the size of the project, because the local financing market is not adequately developed, or because of a general financial crisis - as seems to be the case at present. EIB can act as well as a catalyst for other funding. As required by the Treaty of Rome, broadly speaking the EIB finances social infrastructure projects in less-developed regions, and economic infrastructure projects where these improve links between EU member countries. The most important projects in the latter field relate to the Trans-European Networks programmes of the European Commission, which are aimed at upgrading major transport routes (road, rail and maritime) and energy transmission throughout the EU. All EIB loans have to be approved by the government of the relevant country, as well as the relevant Directorate of the European Commission – where objections sometimes arise, usually related to projects’ environmental aspects. The EIB operates unofficial and unpublished quotas for balancing its lending between EU member countries; its allocation of loans within countries is agreed with the government concerned, subject to the general requirements that they should be to lessdeveloped regions or for projects of “common interest”, as mentioned above. Governments generally welcome EIB funding for PPPs because, apart from the saving in cost, they may feel that the EIB is more on their side than its commercial counterparts. The EIB carries out due diligence on the technical and financial viability of PPP projects in much the same way as a commercial bank does. It is also required to consider their wider economic benefits, but in reality if the country concerned has decided to undertake a PPP, the EIB is unlikely to challenge this on economic grounds. Projects have to meet EU environmental standards and to follow EU procurement rules.

As can be seen from the text above, there are various options for financing a PPP project. It should be noted that each PPP has its own characteristics and therefore its funding has to be arranged according to the needs of the project, the government’s intentions and also the current financial market situation.

Boris Šváby is partner with B&S Legal s.r.o. This article is only intended for information purposes.For more information, please go to www.bslegal.sk.