Health minister quits, surprising no one

AFTER months of media speculation about his political fate, Health Minister Ivan Valentovič resigned from one of the country’s most contentious ministerial posts on June 3. His successor, Richard Raši, was appointed to manage the heavily indebted department the same day. Valentovič departed saying little, citing only personal issues as the reason for his departure. 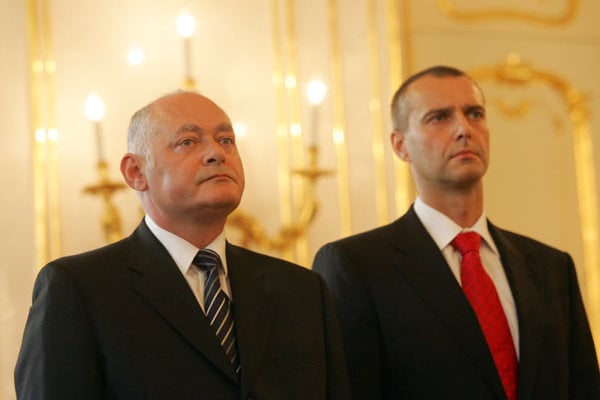 AFTER months of media speculation about his political fate, Health Minister Ivan Valentovič resigned from one of the country’s most contentious ministerial posts on June 3. His successor, Richard Raši, was appointed to manage the heavily indebted department the same day. Valentovič departed saying little, citing only personal issues as the reason for his departure.

Following former agriculture minister Miroslav Jureňa, then defence minister František Kašický, Valentovič is the third minister in Prime MinIster Robert Fico’s government to be replaced. Jureňa left after a land transfer scandal, while Kašický departed after the Defence Ministry was forced to suspend a Sk4 billion tender for cleaning works.

In the latest case, however, Prime Minister Fico was unequivocal in his support for the outgoing minister, who was a nominee of his Smer party.

“I have to say I am really sorry that Minister Valentovič has asked to be released from his post due to personal reasons for I have never had any objections towards his work,” Fico told a press conference on June 3. “On the contrary, I now wish to thank him for the many brave steps that he has made within the health department, mainly in relation to the health insurers.”

Under Valentovič, private health insurers have been banned from using their profits, other than to channel them back into the healthcare system, and privatisation of healthcare facilities has been halted. Among his first moves after becoming minister was to cancel the Sk20 fee that patients had previously had to pay in order to see their doctor. The government also drew up a list of hospitals which are guaranteed contracts with state-run health insurers. Only state hospitals made it onto the list. Observers have characterised the Valentovič era as part of a move towards creation of a single, state-run health insurer.

Valentovič will reportedly continue his career in the healthcare sector. The financial daily Hospodárske Noviny, referring to an unnamed source inside the Smer party, reported that the outgoing minister is interested in the top post at the Health Care Supervision Office. Valentovič has been tight-lipped about his plans and said that, at first, he needs to get some rest. He added that a ministerial term is a very short period for some changes to become visible.

“It [the departure] had been ripening in me for a long time, and then the time came to say: I have to quit,” Valentovič told the media.

President Ivan Gašparovič, in his final comments to the outgoing minister, noted that Valentovič has not managed to finish everything that he has started.

“Reforms that you have started have not ended,” Gašparovič said. “I am certain that your operation has brought success but you have not succeeded in finishing everything you started.”

Fico hand-picked Valentovič’s successor and said that Raši is experienced not only as a physician but also as manager. Valentovič brought Raši from Košice to Bratislava to manage the heavily-indebted Bratislava Teaching Hospital.

“I come from a professional environment in the largest hospital in Slovakia, where a team of professionals saves lives every day,” Raši told the public-service Slovak Radio. “My priority will be the citizen-patient, satisfied and cured, but at the same time healthcare employees, without whom [the system] simply would not work.”

Observers say that Raši’s priority should be to stabilise the sector, reduce the ever-increasing costs of medication, and resolve the problem of ineffective hospitals which continue to struggle with serious debts.

Last November, more than half of those questioned in a public opinion poll conducted by MVK said that they did not trust Valentovič.

Almost one in three Slovaks polled said the level of healthcare in Slovakia was among the country’s three most significant problems.

(Ľuba Lesná contributed to the report.)