A LETTER of intent written by former Interior Minister Gustáv Krajči 10 years ago will end up costing taxpayers half a billion crowns. 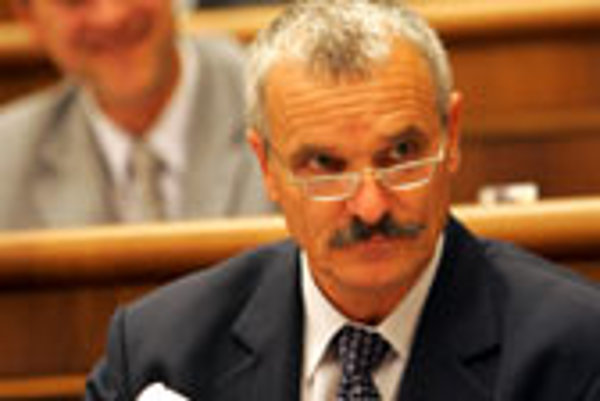 A LETTER of intent written by former Interior Minister Gustáv Krajči 10 years ago will end up costing taxpayers half a billion crowns.

In the letter, written a month before the historic elections in 1998 that ousted the authoritarian Vladimír Mečiar government, Krajči promised that his Interior Ministry would pay the Slovak Rescue System service Sk80 million a year from 1999 to 2003.

The Rescue System was owned by Jozef Studenič, a supporter of the Mečiar government, and was supposed to provide tow-trucks, roadside services and rescue operations for motorists in trouble.
However, after the elections, new Interior Minister Ladislav Pittner chose not to fulfill the terms of the contract, even though he never asked for a legal analysis of the deal or advice on how to nullify it. He claimed that the Slovak Rescue System was non-functional, and that its work was actually performed by police and fire services.

In response, Studenič filed a lawsuit against the state in 1999, and then in 2002 sold his “receivable” to a British-registered company, Dortex, that was represented in Slovakia by lawyer Karol Kovár. Kovár is a partner of Peter Kubík, whose Kubík & Kollár office was involved in setting up aggressive companies like Penta Group.

“The new [post-1998] government destroyed 12 years of work,” said Studenič. “Originally the debt was only Sk45 million, but due to the government’s irresponsibility it grew [to Sk500 million].”
The courts ruled that Krajči’s letter represented a binding commitment for the state to finance Studenič’s company that had the force of a contract. The state’s defence counsel countered that not every official letter of a cabinet minister was legally binding, and that Krajči’s letter was more of a recommendation.

The case was finally decided in favour of the plaintiffs on December 18 last year. In January 2008, Interior Minister Robert Kaliňák filed a request with the General Prosecutor’s Office to have an extraordinary appeal issued against the decision, but in the meantime a court-appointed executor had already begun blocking the ministry’s bank accounts.

Although the AGO has until January 2009 to file the appeal, General Prosecutor Dobroslav Trnka said last week that he saw no legal grounds on which a challenge might be submitted. Meanwhile, the Interior Ministry has already begun preparing a payment calendar.