AN INTEREST rate, mortgage, debit and credit card. Children will learn more about these terms, as well as many others, under a new plan by the Education Ministry to integrate financial education into lessons at elementary and high schools. 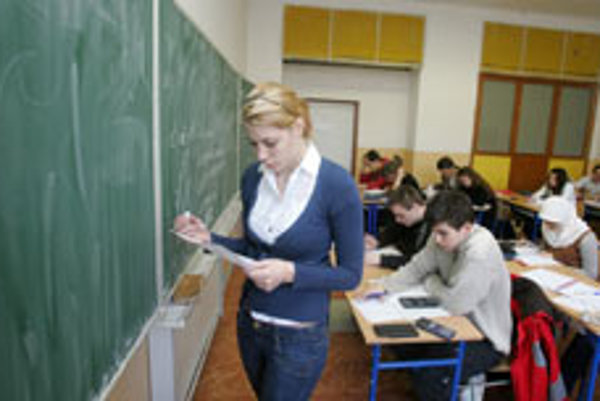 AN INTEREST rate, mortgage, debit and credit card. Children will learn more about these terms, as well as many others, under a new plan by the Education Ministry to integrate financial education into lessons at elementary and high schools.

“Money is the primary means for obtaining one’s vital needs, so the government is paying special attention to supporting the public’s financial education,” reads the ministry’s strategy.

The response from sociologists and schools has been positive. They cite a survey conducted by the Slovak Banking Association last year that found an urgent need among the public for greater familiarity with banking products and services.

The majority of the survey’s respondents did not know the difference between credit and debit cards and from a list of basic banking products, such as term deposits, could not say which best suited their needs.

“A considerable part of the population pays for the fact that even quite simple financial matters are not clear for them,” Pavel Haulík, a sociologist with MVK, told The Slovak Spectator. “This can likely only by corrected by making elementary schools lessons in this area equal to that in others.”

The lack of knowledge in this area is quite deep, Haulík said. Slovakia’s market economy has been pieced together over time and some fields are still developing, he said.

“There are three generations functioning in this society and one or two of them lived completely outside of what is typical for the market economy,” Haulík observed. “For them, it was not part of their life.”

“However, much will depend on the way the topic is formed and on its curriculum, although this can be adjusted later,” he added. “Its introduction is the most crucial.”

The Education Ministry has stated it will cooperate with the Finance Ministry in creating a curriculum for financial education at elementary and high schools.

Experts in financial education from various associations in the banking and financial markets and NGOs will also contribute their recommendations.

Elementary schools agree that finance is an important topic to include in lessons, but some are saying that the state or NGOs will need to assist with preparing teachers.

“And now, you tell me who is going to teach it?” Etela Hessová, principal of the Dr. Milan Hodža elementary school in Bratislava, told The Slovak Spectator. “OK, it can be taught during civics lessons, but by whom?”

Universities do not prepare teachers for it either, she said.

It is important for children to be knowledgeable in this area, it will be helpful for their future, said Emília Wiesengantnerová, principal of the elementary school at Karpatská Street, in Žilina. “However, we will need suitable teachers. I suppose civics is closely related. The subject already includes the basics of economics.”

Children are growing up in different conditions than we did, said Božena Haklová, principal of the elementary school at Trebišovská Street, in Košice. Finance is quite important to their lives, so it would be good if they could benefit from this education, she added.

“They could learn to be thoughtful with money, to manage it and invest it well,” she told The Slovak Spectator. “In my opinion, financial literacy is very important and it is necessary to start with it as soon as possible.”

The Education Ministry is not alone in its effort to incorporate financial education into classrooms. In mid May, the European Commission announced it is creating an Expert Group on Financial Education.

“Financial education has been gaining attention, especially in the context of the financial turmoil,” Charlie McCreevy, internal market and services commissioner, stated in an official EC press release. “It is an important means of enabling consumers to make informed and responsible decisions about their personal finance, which has bearing not only on their lives, but also on society and the wider economy.”

The group will comprise financial education practitioners and will aim to promote an exchange of ideas, experiences and methods. The group will also advise the Commission on its policy-making. Interested candidates are invited to send an application to the Commission by June 13, 2008, the EC said.

According to a survey of financial literacy initiatives in the EU27 published by the commission in November 2007, the United Kingdom had the highest number and most advanced initiatives, followed by Germany and Austria. Poland performed best in Eastern Europe.

The survey found two proposed initiatives in Slovakia - one that targets children through schools and one that appeals to young adults.

“Both are good examples for the growing importance of financial literacy issues in the new member states,” the survey reads.