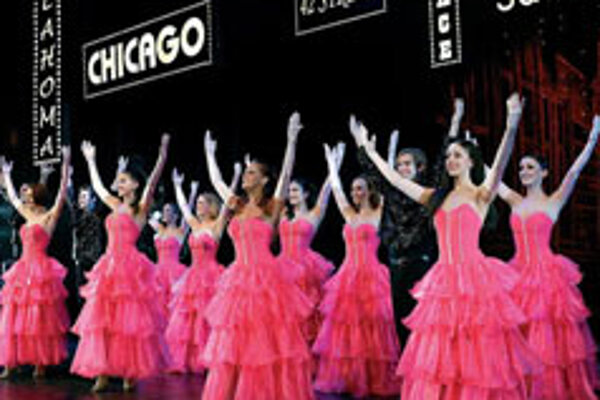 Bratislava
SHOW: DAZZLING highlights from Broadway’s greatest shows will be lighting up Bratislava and Košice from June 10 to 15. The Spirit of Broadway, a high energy performance with colourful costumes and original choreography, features an international cast of singers appearing in extracts from such famous musicals as Chicago, Cabaret, Grease, Cats and Les Misérables. The breathtaking performance, which has won several international awards, takes the public into a tantalising world of glamour and fame. Bratislava’s Sibamac Arena (the National Tennis Centre, Príkopova 6) will host the musical from June 10 to 12, with performances starting at 20:00. In Košice, three performances will be held at the Steel Arena at Nerudova 12 (June 14 at 19:30, June 15 at 15:30 and 19:30). Tickets cost between Sk350 and Sk990. For more information, call 02/5293-3321.

Bojnice
FESTIVAL: Fairy Tale Festival – The fourth year of the largest fairy tale and drama festival in Central and Eastern Europe presents a series of performances for both adults and children.
Runs: June 12-15, from 9:00 until 19:00. Admission: Sk70 (children), Sk140 (adults). The Bojnice Amphitheatre (near Bojnice Castle). Tel: 0907/845-396, www.rozpravkovyfestival.sk.

Banská Bystrica
LIVE MUSIC: Marián Geišberg – Renowned Slovak actor and singer Marián Geišberg performs with his band within the Big Top Theatre Festival, which is organised by the Crossroad Puppet Theatre and runs until June 21. A “musical surprise” for the public is expected.
Starts: June 12, 19:00. Admission: Sk150. Bábkové divadlo Na rázcestí (The Puppet Theatre at the Crossroads), Skuteckého 14. Tel: 048/4125-513, www.sapito.sk.

Košice
DANCE: DANCE and music lovers will be swept off their feet from June 13 to 15, when the entire city of Košice experiences the unique atmosphere of the Cassia Dance Fest 2008. The open-air international show, which has become extremely popular since it began three years ago, will be offering an attractive mixture of various dance genres daily from 10:00 to 21:00 at Hlavná Street. Visitors can admire dozens of dancers who master Irish step dancing, hip-hop, capoeira, Latin dance, salsa, rock and roll, and many other styles. Admission is free for all performances. Further information can be found at www.cassiadance.sk.

Košice
AIR SHOW: Aeroweekend – A fascinating air show for all aviation lovers with several accompanying events and a concert by The Backwards.
Starts: June 14. Admission: Sk100 (in advance), Sk150 (at the door). The Air Museum at Košice Airport. Tel: 055/6832-272, www.stm-ke.sk.