THE United Nations Development Programme (UNDP) and Slovak NGOs have published studies that charge the government with failing to support and implement corporate social responsibility (CSR). 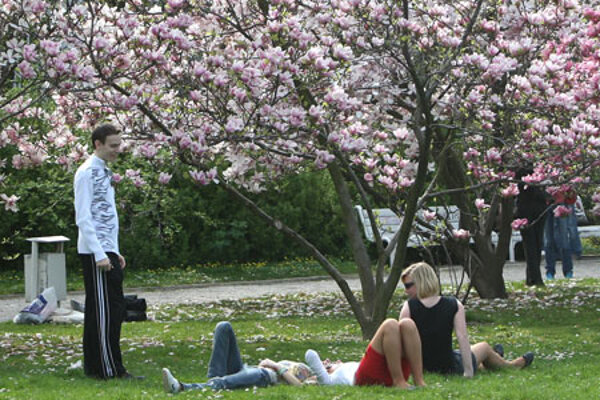 THE United Nations Development Programme (UNDP) and Slovak NGOs have published studies that charge the government with failing to support and implement corporate social responsibility (CSR).

Public awareness of CSR is increasing, but remains low, the studies concluded. And many companies still mistake CSR for charity, philanthropy, or assigning 2 percent of their income tax to charities.

Yet CSR is about adhering to ethical standards, improving the state of the economy, society, and environment, raising the quality of life for employees and their families, and supporting the development of the community in which companies operate, according to the Pontis Foundation, an NGO.
Therefore, the UNDP, in cooperation with several organisations from the economic and social sector, have presented a new national strategy on corporate social responsibility, which the authors hope the cabinet will soon adopt.

"When society is richer and economically more developed, customers and companies can 'afford' to consider grander goals, different values, and their economic activities and customer decisions from a different perspective," Eduard Marček from Panet NGO told The Slovak Spectator. "This encourages CSR development."

In 2007, the UNDP's Baseline Study on Corporate Social Responsibility Practices in Slovakia showed that CSR needs support from the government, said Danica Víznerová, a project manager with UNDP.

"It [the government] should become a leader in promoting and implementing CSR through stimulation of the business environment and create suitable support mechanisms," she said.

As a result, the UNDP put together an interdepartmental working group at the beginning of this year that designed the Strategy on Supporting CSR in the Slovak Republic in 2008 to 2018.

The working group consisted of representatives from the private sector, unions, NGOs, media, and academic circles, as well as from the ministries of economy, labour, social affairs and family, and environment.

The strategy is still being reviewed for comments before final publication.

All parties are aiming for the government to adopt the strategy and use it when implementing CSR in Slovakia, Víznerová said.

Its goal is also to increase the competitiveness of the Slovak business environment, support transparency, and improve the quality of life in Slovakia, Víznerová said.

The strategy lays the groundwork for building a supporting legislative environment for CSR, activities aimed at increasing awareness, an exchange of experiences, education and research in CSR, and open dialogue, she added.

As for NGOs, the Corporate Social Responsibility in the Carpathian Region 2007 study by Panet and the Carpathian Foundation found that the Slovak government and academia do not view CSR as a pressing issue.

"And do not do much in this respect," the study reads. "The only minor initiative undertaken by a central institution is the 'Family-Friendly Employer' award organised by the Ministry of Labour, Family and Social Affairs, or initiatives promoting ISO certification and eco-labelling of companies by the Ministry of Environment."

As for the universities, there is only one specialised academic course devoted to CSR run at Comenius University, in cooperation with the Pontis Foundation. The only websites on CSR are those of Business Leaders Forum, Panet, and the Children of Slovakia Foundation, reads the Panet study.

CSR is still too abstract a concept for the public, according to the study on CSR in Carpathian Region. People are mainly interested in CSR practices that address local problems.

People realise the term of CSR is wide and they understand the connections between companies and their surroundings, such as the environment, shareholders, and the state.

The public feels the most important aspect of CSR is a company's policies towards employees, such as training and social benefits, which are seen as mandatory and, therefore, taken for granted. CSR activities on the environment and philanthropy are the most visible elements, based on which respondents perceive and evaluate companies as socially responsible or not, reads the study.

CSR information published in the national media is seen as less trustworthy than when published in local media. In general, people do not have a negative response to CSR advertisements, but the concept can be understood as marketing, according to the study.

"Research shows 40 percent of respondents have come across corporate social responsibility (CSR), but further findings show the real number of those who have heard of CSR is lower," reads the study. "The substantial finding is that CSR is thought of as a synonym for business ethics."

CSR in Slovakia is conducted and promoted predominantly by NGOs, reads the UNDP baseline study. They have a clear vision of how corporate entities and various shareholders should develop CSR principles and activities.

Opinion polls show that Slovaks' involvement in volunteer work and charities is increasing, according to the UNDP study. Moreover, the opinion of NGOs among the public is prevailingly positive.

In 2006, the Ministry of Interior listed more than 22,000 NGOs in the country. According to data from the Slovak Statistical Office, NGOs employ more than 1 percent of the working population and are contributing approximately 1.5 percent to the GDP of the country.

Some of the UNDP findings on CSR practices in Slovakia

State institutions do not play a significant role in raising awareness and volume of CSR activities. In fact, CSR is not mentioned in any government materials. The Slovak government does not have a CSR strategy.

CSR promotion in Slovakia is conducted predominantly by NGOs. The NGO sector is strong in this field because of its need to search for new financing opportunities from domestic sources, and its focus on cross-sector cooperation.

There are different business-led initiatives in the sphere of CSR in Slovakia and they differ predominantly according to the scale and origins of businesses.

CSR in Slovakia is often reduced to philanthropy and charity.

CSR in Slovakia is very often, although sometimes indeliberately, understood by corporate business as belonging to the marketing department. CSR is often conducted by marketing and PR divisions.
Corporate businesses very often outsource their CSR activities to foundations, which are operating within the non-governmental sector (e.g. Bratislava Community Foundation, Children of Slovakia Foundation) or to foundations created by the companies themselves.

Although the 2 percent tax assignation cannot be characterised even as philanthropy, many companies describe it as their primary CSR activity.

The awareness and engagement of CSR is relatively low amongst the business community. Some companies are not aware of the term CSR and are not involved; other companies recognise the term but do not practise it; others have not heard of CSR, but in fact do a lot in the field.
Trade unions show the greatest lack of knowledge of CSR.
The media often does not clearly understand the term CSR; at most, they understand it as a part of marketing on behalf of companies.