Still in diapers, but learning to walk

DESPITE the lack of a genuine tradition, the concept of corporate social responsibility (CSR) is slowly but surely putting down roots in the Slovak business environment. Large multinational corporations are not only bringing significant direct investments to Slovakia, they are also "importing" an advanced corporate culture, transparency, ethical principles and a tradition of active involvement in the community. 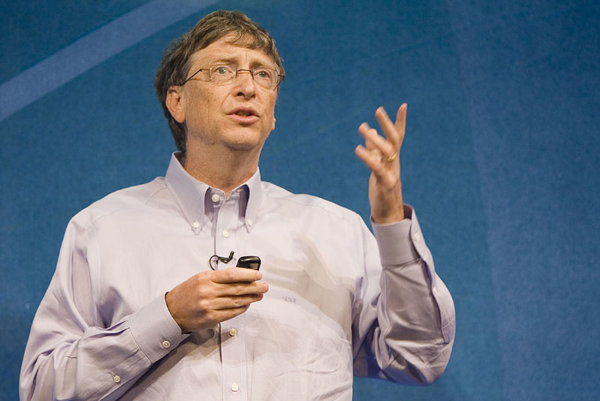 CSR is not just for the likes of Bill Gates. (Source: SITA)
Font size:A-|A+

DESPITE the lack of a genuine tradition, the concept of corporate social responsibility (CSR) is slowly but surely putting down roots in the Slovak business environment. Large multinational corporations are not only bringing significant direct investments to Slovakia, they are also "importing" an advanced corporate culture, transparency, ethical principles and a tradition of active involvement in the community.

Years of free-market experience in other countries have proven that success in generating profit is not enough. As recently observed by The Economist newspaper, CSR may help companies outperform their less fastidious peers on the stock market and "a company that is highly competent commercially but does not bother with corporate responsibility may work just fine, but it could also prove increasingly risky." With increasing globalisation and the spread of information and communication technologies, companies that prefer to ignore CSR will sooner or later face problems retaining their qualified employees, will find themselves subject to unpleasant public scrutiny, or will miss out on many business opportunities.

A Baseline Study on CSR in Slovakia, published by the United Nations Development Programme in 2007, clearly demonstrates that, despite lessons from abroad, there are still only a few real corporate "drivers" of CSR in the Slovak Republic and that only a few Slovak-based (or Central and Eastern European-based) companies have fully embedded the concept of CSR into their organisational culture. Moreover, making CSR a part of their business strategy is literally unknown to Slovak small and medium-sized enterprises (SMEs).

One of the most frequently mentioned obstacles to the faster development of CSR in Slovakia is the general perception that only rich or big companies can afford it. According to another popular myth, CSR equals charity. In addition, CSR is often labelled as pure marketing and PR, and, as a result, it is a priority neglected by state authorities and the media. In truth, for many companies CSR does not amount to anything more than an annual 2 percent tax assignation to a charitable organisation, the occasional sponsorship of a local football team and a PR department broadcasting its messages to the outside world.

But the true leaders in CSR understand that it is not "reserved" for men like Bill Gates or Warren Buffet, who can afford to spend all their time and money on efforts to become good corporate citizens. CSR is not about re-distributing excessive profits, it is not a reputational issue to be covered exclusively by the communications department, and it should not be considered only on an ad hoc basis or because of external pressure. CSR is an attitude; it should form an integral part of an organisation's core values, culture, strategic management and decision-making processes; and it should be monitored and coordinated in a systematic way.

Among the many companies operating in Slovakia which are helping to show how commercial success can go hand in hand with sustainability and responsibility towards employees, business partners, society and the environment are Citibank, DELL, Hewlett-Packard, IBM, KPMG, Orange, Pfizer and U.S. Steel Košice.

The CSR strategy of a company does not have to be expensive, impressive or too complex. Of course, it is hard to imagine that a company with ten employees, struggling to succeed in a competitive environment will find the capacity to design and effectively implement a sophisticated CSR strategy. Neither should the focus of companies' endeavours be re-directed from generating profits to simply "doing good". After all, a company that has strong values but is badly run, without proper attention to translating values into profits, can not do well. But a combination of strong commitment to CSR and strong commercial competence can provide the key to success. There are many small steps that every entrepreneur, whether an SME or a large multinational corporation, can take in order to behave responsibly - simply by adopting a realistic, honest and authentic long-term CSR strategy which can be translated into the company's philosophy as well as its day-to-day operations. An increasing number of companies in Slovakia need to realise this fact, since CSR in today's complex, complicated and very competitive corporate world is not just a trendy new approach but a necessity.

Jake Slegers is the Executive Director of the American Chamber of Commerce in Slovakia, which was founded in 1993 in Bratislava as an independent and self-supporting organisation, entirely dependant on contributions from its members. Its membership currently exceeds 300 international and Slovak companies. Of these, approximately 40 percent are Slovak companies, about 30 percent are American, and about 30 percent are various other foreign companies. AmCham Slovakia maintains an active CSR Committee and conducts a significant number of activities aimed at promoting the concept of CSR in Slovakia.