New casino is first large investment in a decade

AS the economy has improved, Slovaks have been spending more on gambling, according to information obtained from the Finance Ministry. 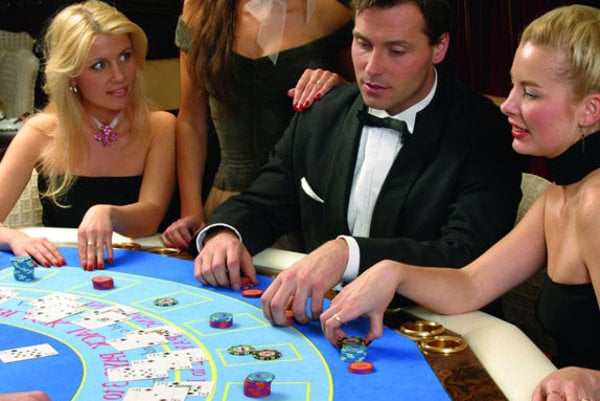 AS the economy has improved, Slovaks have been spending more on gambling, according to information obtained from the Finance Ministry.

Last year, spending on gambling, lotteries, and casinos totalled Sk53.8 billion (€1.78 billion). This was Sk10.6 billion, or 24.4 percent, more than in 2006, Zuzana Bruteničová from the ministry informed The Slovak Spectator.

The 1,000-square-metre casino is opening in the Radisson SAS Carlton Hotel this summer. The investment is estimated at €5 million.

Along with the most up-to-date slot machines, the company is bringing a new concept of multi-level entertainment to Bratislava that it hopes will draw clients uninterested in traditional slots or table games.

A casino equipped with the latest technology requires a huge investment, Armin Karu, a native of Estonia who founded the Olympic Entertainment Group and serves as its current chief executive, told The Slovak Spectator. "A single modern slot machine can cost as much as a new car."

Olympic Casino will be about much more than just gambling and gaming, Karu said.

Like the casinos in Las Vegas, it will be open 24 hours a day and include live concerts, as well as dance and barman shows, Karu, who founded Olympic Entertainment Group in 1993, told The Slovak Spectator.

Karu got the idea of offering multi-level entertainment after visiting Las Vegas in the early 1990s.

"I saw that casinos are about much more than simply gaming," he said. "It is sophisticated, multi-level entertainment for people who value their free time. All the casinos in Estonia at that time were focused only on gaming; the quality of service was mediocre; no added entertainment was offered; and the games themselves were outdated. This is when the idea to create casinos that offer an entirely different level of quality was born."

The Olympic Casino in Bratislava will not be the final stop for the Olympic Entertainment Group in Slovakia. It plans to open more in other cities around the country, Skubeň said.

"We have been focusing our expansion mainly on Central Europe, but we now have much larger plans," Karu told The Slovak Spectator.

Last year, each adult Slovak spent an average of almost Sk12,000 on lotteries, gambling, and similar activities. This is an annual increase of about Sk2,000, according to the Pravda daily.

Out of every Sk100, gamblers got back Sk74, with wins totalling nearly Sk40 billion. This means that people gambled away over Sk13.9 billion, the Finance Ministry data show.

"The total wins paid out to gamblers increased by over one fifth over the year," Miroslav Šmál, spokesman for the Finance Minister, told Pravda.

Slot machines were the most popular form of gambling in Slovakia last year. Gamblers spent Sk22.5 billion using them, which was up 27.1 percent compared with 2006. Betting on sports followed with Sk9.2 billion, up 5.7 percent over the year. Overall, people spent Sk1.8 billion in casinos last year. Compared with 2006 this is an increase of 3.4 percent, according to the daily.

Excluding the Olympic Casino, Slovakia has seven casinos, according to data from the Trend weekly. Two are in Bratislava and Piešťany, and one each in Košice, Žilina and Nitra. Regency Casino International owns one casino in Bratislava's Crowne Plaza Hotel. The remaining six are in the hands of Casinos Slovakia, according to Trend.

This number is down from the mid-1990s, when there were 17 casinos in Slovakia, Trend wrote.