POLICE and prosecutors in Slovakia now seem likely to turn down calls for criminal proceedings over the deaths of dozens of civilians at Czechoslovak borders during the 1948–1989 totalitarian communist regime. At the same time, events appear to be moving in the opposite direction in the Czech Republic, with well-known public figures proposing that crimes committed during communism be deemed crimes against humanity, and seeking to establish an international institution aimed at researching them. 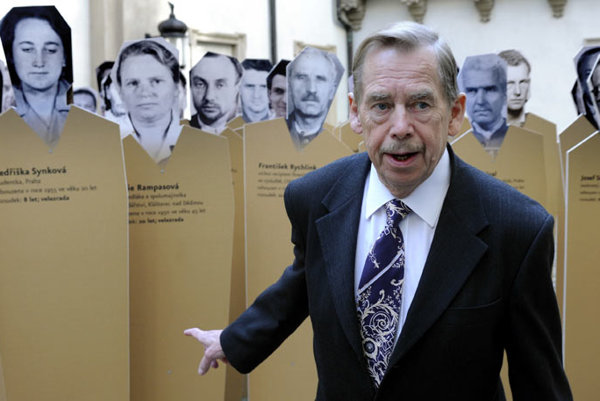 POLICE and prosecutors in Slovakia now seem likely to turn down calls for criminal proceedings over the deaths of dozens of civilians at Czechoslovak borders during the 1948–1989 totalitarian communist regime. At the same time, events appear to be moving in the opposite direction in the Czech Republic, with well-known public figures proposing that crimes committed during communism be deemed crimes against humanity, and seeking to establish an international institution aimed at researching them.

The calls in Slovakia came from the Nation’s Memory Institute (ÚPN) and concern 42 people killed on the Slovak-Austrian border. They were shot by border guards, electrocuted by live barbed wire, killed by mines, or savaged by dogs handled by the armed forces. The victims included Czechs, Slovaks, Hungarians, Polish, and citizens of the former East Germany.

However, General Prosecutor Dobroslav Trnka referred contemptuously to the ÚPN initiative as “just a historical excursion into the past” according to the Sme daily on June 9.

“There are no conclusions, no specific facts, [no certainty about] which persons the official notification should concern, or who should be punished for it,” Trnka told the ČT Czech public tele〜vision station on June 14.

Ivan Petranský, the head of the ÚPN, is of a different opinion. He said that communist bosses, but also rank-and-file border guards, committed crimes against humanity by killing people who tried to cross the border. “We handed over to the General Prosecutor's Office the names of dozens of soldiers and officers in the border guards who, according to archives, are responsible for the deaths of these people,” Petranský told journalists on May 30.

The ÚPN is responsible for managing and archiving the records from Slovakia’s periods under authoritarian rule, specifically the communist period and the wartime Nazi puppet state under Jozef Tiso.

Trnka defended the actions of the border guards. “In the 1950s, could they possibly have taken into consideration that 1989 would come, and everything would be seen in a diffe〜rent light?” he told Sme on June 9. “Had they refused to do [what they did], it would be them who would be sitting in prison,” Trnka added.

He said the scope of the ÚPN proposal is so wide that the whole parliament of the time could be prosecuted as a result of it: “the National Assembly, which formed [the basis of] the system called the Czechoslovak Socialist Republic,” Trnka said.

Just as Trnka was criticising the work of the ÚPN and its proposal to prosecute offenders, a conference in Prague was calling on European Union countries to recognise the crimes committed during communism as crimes against humanity. The International Conference “European Conscience and Communism” concluded with signatories of the so-called Prague Declaration asking the EU to introduce legislation to enable countries “to try perpetrators of communist crimes and to compensate their victims.”

Conference participants approved the declaration, which says among other things that communist ideology is directly responsible for crimes against humanity. “A bad conscience stemming from the communist past is a heavy burden for the future of Europe,” the declaration states.

The declaration was signed by, among others, Václav Havel, the Czech former dissident who later became president.

Other signatories were Joachim Gauck, a former federal commissioner for the Stasi secret police archives in Germany, and Tseten Samdup Chhoekyapa, the Geneva-based representative of Tibet’s spiritual leader, the Dalai Lama.

Neela Winkelmannová, assistant to Czech Senator Martin Mejstřík, who was one of the initiators of the conference, told The Slovak Spectator that the significance of the crimes of communism being treated as crimes against humanity is that they would not be subject to any statute of limitations. “This would have grave legal consequences,” Winkelmannová said. “In such cases, it would be possible to try the crimes of communism [without any] deadline.”

Miroslav Lehký, the first deputy of the head of the Institute for the Studies of Totalitarian Regimes in Prague told The Slovak Spectator that the main idea of the conference was that Nazism and communism belong to Europe’s common history.

“Until the whole of Europe accepts this fact, and until it draws due consequences and responsibility, it cannot unite,” Lehký said. “The stability of the Europe of today and of the future is in question.”

According to Lehký, it is also crucial to enforce criminal responsibility for the past. “The duty of a legal state is to eliminate injustice and to punish crime regardless of when and by whom it is committed” he stressed.

“This prevents frustration and disillusionment in society, and helps build the legal consciousness which was systematically destroyed for more than 40 years,” Lehký added.

Lehký concluded his lecture during the conference with a quote from Bible: “The Old Testament says justice brings peace,” his lecture stated.

According to Lehký, the Czech Republic wants to use its presidency of the EU to create an international institute or foundation, probably based in Brussels, to document the crimes of communism. Lehký added that it was not possible to analyse communism without reference to the former Soviet Union and the documents of Soviet secret services like the KGB or the NKVD. “The situation in the Russian Federation is bad; the archives are practically inaccessible,” Lehký said.

Thus, they intend to address non-governmental organisations in Russia. Nobody from Slovakia took part in the conference. Petranský said they were not invited by the conference organisers.

Winkelmannová stressed that invitations were sent to the embassies of all EU countries. “We are sorry if our invitations did not arrive with the people concerned and interested, or who intended to take part in the conference,” Winkelmannová told The Slovak Spectator. “It was not our intention to forget anybody”, she said.

Petranský told The Slovak Spectator that he regarded the idea of forming an international institution for documenting the totalitarian regime was a good one.

“The ÚPN definitely supports such an incentive,” Petranský stressed. He also said he supports the effort to have the crimes of communism regarded as crimes against humanity. “Our most recent motion filed at the Slovak General Prosecutor’s Office was also worded in this sense and context,” Petranský told The Slovak Spectator.

According to the Czech Institute for Documenting and Investigating the Crimes of Communism, during communist-era Czechoslovakia about 560 people died while attempting to flee across the country’s western border; about 1,800 people went missing and 240,000 people were sentenced for political reasons.

Among communist leaders and officials in Slovakia, only Alojz Lorenc, the last boss of the ŠtB state security police was convicted, but was never put behind bars. In April 2002, the Higher Military Court in Trenčín reduced the earlier four-year prison sentence of a Czech court, instead sentencing him to 15 months, suspended for three years.