FORMER finance minister Ivan Mikloš has declared the J&T and Istrokapitál financial groups the “winners” of the euro switch, accusing them of using insider information to make hundreds of millions of crowns. 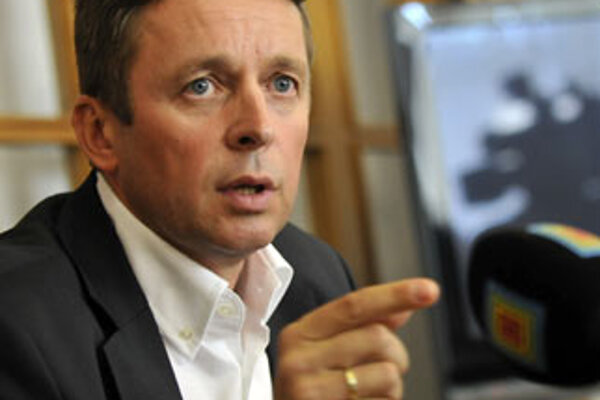 FORMER finance minister Ivan Mikloš has declared the J&T and Istrokapitál financial groups the “winners” of the euro switch, accusing them of using insider information to make hundreds of millions of crowns.

The central bank is looking into suspicions that someone may have passed them insider information that the Slovak crown's central parity rate against the euro was going to be revalued in late May.
The Slovak Spectator spoke to Mikloš about these suspicions.

The Slovak Spectator (TSS): Why do you believe some parties had insider information that the central parity would be revalued?
Ivan Mikloš (IM): I obtained this information from reliable sources. Above all, it comes from analysts who say that there was some unusual trading concerning the crown and euro in terms of volume and time, but also the companies that performed the transactions.

TSS: Which companies are you referring to?
IM: J&T and Istrokapitál posted the largest volume of trade. They had never traded such huge volumes on the exchange market. By looking at those who operated on the market it is possible to determine who had the insider information. But it is more difficult to find out its source. Only the senior management of the Finance Ministry, the National Bank of Slovakia, and the prime minister had access to it.

TSS: Prime Minister Robert Fico said that the state suffered no harm.
IM: That is a rather absurd thing to say. There has certainly been indirect harm and perhaps direct as well. After all, the exchange rate has an impact on the central bank’s finances.

It may increase its losses, which sooner or later would have to be addressed. It seems the law was broken here. Someone may have passed along insider information.

TSS: Could these developments harm Slovakia’s international credibility?
IM: Certainly. Such a leak makes both the country and our entry into the Eurozone less credible.

TSS: Some have voiced the suspicion that the Finance Minister Ján Počiatek could have leaked this information after hearing that a few days before the revaluation he partied with a top manager from J&T on the company’s yacht in Monaco.
IM: This certainly does increase the suspicion. The second indirect piece of evidence is that the members of the central bank, except the vice-governor, are all the same people who were there under my time in government. They had the same information in 2005, when the central parity was being set, and there was no leak at that time.

TSS: Are you going to request a police investigation?
IM: The law states that if the police and learn about a crime from the media, it has to investigate it. We are more concerned with the political consequences. It is indeed a massive political scandal. I, however, do not intend to put myself into the position of an inspector or judge.