BELGIAN companies often operate in the Slovak market as suppliers to large foreign investors. And many of these companies are saying that Slovak bureaucracy, though improved, is still a hindrance.Belgian firms involved in finance have been in the Slovak market the longest, but the list of companies and industries has since branched out into steel and metal products, furniture, consultancy, and information and communication technologies. 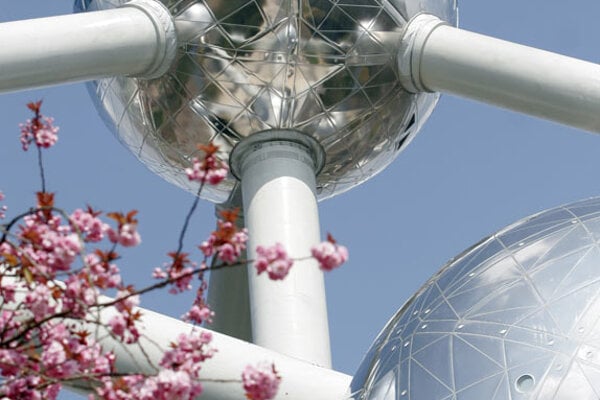 BELGIAN companies often operate in the Slovak market as suppliers to large foreign investors. And many of these companies are saying that Slovak bureaucracy, though improved, is still a hindrance.
Belgian firms involved in finance have been in the Slovak market the longest, but the list of companies and industries has since branched out into steel and metal products, furniture, consultancy, and information and communication technologies.

“The legal framework is generally good and starting a business is relatively easy,” said Bart Waterloos, manager of VGD. “However, there are too many small rules for small and medium-sized companies, especially when they start hiring employees. These include health checks, safety checks, and meal tickets, as well as sometimes the accounting and tax laws, which are too burdensome for real entrepreneurs.”

In addition to bureaucratic hurdles, Alex Hubrecht from Cesam mentioned that “it is becoming more and more difficult to find good, skilled people in Slovakia.”

Robby Bosgaerd, general manager of VMA Slovakia, believes that although there is a lot of attention on the export business in Slovakia, local business is already catching up in terms of quality.

“We see a growing demand of quality work and products that meet European standards,” he added.

And Danny Rotiers, managing director of EIC and honorary consul, expects that Slovakia’s entry to the eurozone will bring a new influx of foreign direct investment, just as its entry into the European Union did in 2004.

KBC Group, a banking and finance group, has been active in the Slovak market since acquiring a majority share in the ČSOB Group in 1999. Until last year, ČSOB operated as a foreign bank, but switched to independent status earlier this year.

In late March, KBC reached an agreement with Austrian firm BAWAG on the purchase of Slovak bank Istrobanka for €350 million. This purchase gave KBC a 10-percent market share in Slovakia and made it the fourth strongest player in the Slovak banking market.

Bekaert in Hlohovec is one of the largest Belgian industrial investments. The Belgian Bekaert Group acquired complete ownership of Slovak companies Drôtovňa Drôty and Drôtovňa Kordy in 2003. The company produces steel cords which are mainly used in tyres.

Cesam was established in 2005 in Vráble Industrial Park. It produces and assembles products and components for radio frequency (RF) technologies. It employs around 100 people.

The company decided to come to Slovakia for the lower labour costs, good highway infrastructure, and proximity to Belgium, Hubrecht said.

The company sends all its production to its parent company Rf Technolgies, in Belgium, which distributes it mainly to Benelux countries, France and Scandinavia.

VMA Slovakia is based in Trenčín. Its number of employees is currently around 80, but it is still growing. In 2008-2009, a new 5,000-square–metre production area will be built in Trenčín to employ 150 people, said Bosgaerd, general manager of VMA Slovakia.

Consultany company EIC started operating in Slovakia in 2001. It navigates foreign investors through production start-up in eastern Slovakia. It participated in creating one of the country’s most successful industrial parks, Kechnec, in 2002, said Rotiers of EIC VGD provides auditing, accounting, tax and legal advising.

“We started in January 2002 because it became too difficult to answer the questions relating to Slovakia from our offices in the Czech Republic – for many international companies it was still Czechoslovakia,” said Waterloos, manager of VGD.
Orac Decor makes interior decoration in polyurethane and Porthus is present in the information and communication technology market.