We can learn from each other

THE NETHERLANDS is a small, densely populated country with a history of openness towards foreign cultures and influences. This has resulted in a diverse population that is creating some exciting developments in the cultural sphere. 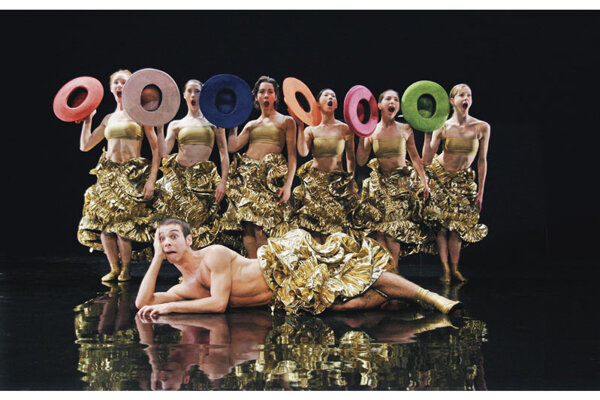 NDT II was one of the SND's most successful projects. (Source: Courtesy of SND)
Font size:A-|A+  Comments disabled

THE NETHERLANDS is a small, densely populated country with a history of openness towards foreign cultures and influences. This has resulted in a diverse population that is creating some exciting developments in the cultural sphere.

And the Dutch Embassy is ready to show it.

“The aim of the Dutch international cultural policy is to show the cultural diversity coming from the Netherlands,” Sacha Rothenberger, Attaché for Press and Cultural Affairs at the Netherlands Embassy in Bratislava, told The Slovak Spectator. “In our cultural activities in Slovakia, we like to show this variety by introducing new, innovative and unexpected forms of culture.” Rothenberger said the Dutch Embassy is also trying to highlight cultural areas in which countries can learn from each other.

“We're convinced that it's interesting to encounter art and artists from abroad, for Slovak artists and for the general public,” said Rothenberger. “Slovakia has a strong tradition of folklore and classic culture and arts, be it music, opera or classical ballet. In the Netherlands, on the other hand, there is a traditional openness towards other foreign cultures and influences. Perhaps this is why there is a lot of experience and exciting developments in innovative, modern culture, from new media art to contemporary dance and experimental, on-site theatre. Without attaching values, they can definitely enrich each other.”

The list of cultural events organised or supported by the Dutch Embassy is long and extensive, ranging from visual art to architecture, photography, dance, music, and drama.

One of the recent cultural highlights was a performance by NDT II, one of the ensembles from the Netherlands Dance Theatre, at the Slovak National Theatre in Bratislava last autumn. It performed three choreographies by its artistic director, Jiří Kylián, who is Czech and a friend of Mario Radačovský, the director of the Slovak National Theatre Ballet.

“This performance attracted a lot of interest from the Slovak audience,” Rothenberger told The Slovak Spectator. “I'm delighted to say that there are plans to bring the Netherlands Dance Theatre back to Slovakia next spring.”

The Dutch Embassy is also preparing an artist in residence programme in cooperation with Bratislava’s Central European House of Photography and Fonds BKVB, the Netherlands Foundation for Visual Arts.

“Contemporary photography from the Netherlands is highly regarded internationally, so we would like to bring it to Slovakia,” Rothenberger told The Slovak Spectator. “But not with a ready-made exhibition, with work made here, about Slovakia as it is today, seen through Dutch eyes.”

The plan is for a Dutch photographer to live in Slovakia for a month and exhibit the work during the Month of Photography festival in Bratislava. As a follow up, a Slovak photographer will live in the Netherlands for a month next year and do the same.

“We are convinced that these kind of projects really aid in exchanging experiences and making it easier to understand other cultures,” Rothenberger said.

Dutch architecture is also a part of the exchange between the countries.

Useable is an exhibition of 15 projects about architects searching for the relationship between how an object is used and the form it takes. It runs at the Bastart Gallery in Bratislava until June 29.
Dutch artists will also be an active part of summer activities in Bratislava. Dutch harpist Maxine Eilander will perform on June 28 and four Dutch artists will present their sculptures alongside 63 artists from over 20 countries during the Sculpture and Object festival. In addition, there will be a jazz concert in October and November will be the month of Dutch literature. The embassy is also trying to book a troupe from the famous RO Theater from Rotterdam for the International Theatre Festival in Nitra.

The Dutch also like to combine disciplines, such as design and economy.

“We plan to show Dutch design, but we want to link it to a contest in which young Slovak designers can participate,” said Rothenberger. “The prize would be that their design is actually produced and sold.”

There are many areas in the cultural field where Slovakia can learn from Dutch experiences and knowledge, and vice versa.

Slovakia, for example can learn from the Netherlands how to cooperate with authorities and raise funds. On the other hand, the very broad and accessible arts education structure, which makes it possible for many young children and youth to get in touch with art, is inspiring for the Netherlands.

“Finally, we would like to involve marginalised groups and try to broach uncomfortable topics,” Rothenberger. “This is why we think that projects like the exhibition about the life of Anne Frank, which will be held in the Municipal Library in Bratislava in September, as well as a website about her life in particular and tolerance in general, are very important.”

“This aim is in fact very much an aspect of Dutch culture,” Rothenberger told The Slovak Spectator.