Much more than chocolate and beer

MENTION Belgium and the same set of images probably pop into most people’s head: chocolate, beer, lace, and the Manneken Pis statue. But there is much more to the culture, according to Alain Cools, the Belgian Ambassador to Slovakia.In fact, some aspects of Belgium reveal similarities with Slovakia. 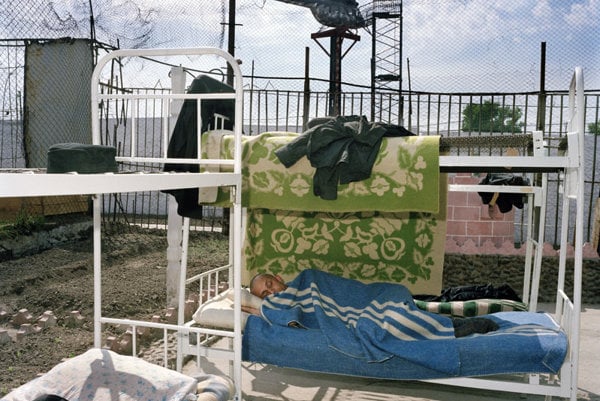 MENTION Belgium and the same set of images probably pop into most people’s head: chocolate, beer, lace, and the Manneken Pis statue.
But there is much more to the culture, according to Alain Cools, the Belgian Ambassador to Slovakia.
In fact, some aspects of Belgium reveal similarities with Slovakia.

“Few people know that the countries share some common history,” Cools told The Slovak Spectator. “From 1713-1794, Belgium was under Austrian rule and Maria Theresa was our empress too.”

As well as an interest in history, Belgians and Slovaks both appreciate architecture.

“One of the things that always surprises tourists to Central Europe is the colours of the facades, the pastels, which we do not have in Belgium, but that I find very charming,” the Belgian ambassador told The Slovak Spectator.

Belgium is proud of being the birthplace of Victor Horta, one of the key European Art Nouveau architects. One of the houses in Brussels contains a museum dedicated to comic strips, another cultural field that has put Belgium on the world map, according to Cools.
Belgium is a country of great painters.

“We take enormous pride in the painters who ironically are referred to as Flemish Primitives,” Cools told The Slovak Spectator.

Lace is not the only fashion item that has made Belgium famous. Its celebrated fashion designers include Dries van Nooten and Anne de Meulemeester, just to name a few.

Belgian literature is known in Slovakia, especially the work of Georges Simenon, who created the fictional detective Maigret. But Cools told The Slovak Spectator that negotiations about the translation of some Belgian books is still ongoing.

Last year, Belgian photographer Carl de Keyzer provided Slovaks with a look at Siberian prisons. This member of the world renowned Magnum Photos agency was one of the highlights of the Month of Photography festival in Bratislava. His exhibition, the Zone, showed photos from daily life in 35 out of 135 prison camps in the Krasnojarsk region.

Belgium usually participates in the International Francophone Film Festival in Bratislava. This year, it submitted Ca Rend Heureux, by Joachim Lafosse, which tells the story of a director who is unable to find backers, so he turns to an unemployed crew that is motivated purely by their passion for the job.

Belgium has also a very high number of private ballet and dance companies.

“Brussels is such an international dance city, all big groups come from there,” Simon Versnel of the Peeping Tom Collective dance company told The Slovak Spectator.

On June 17, the ensemble closed out the 12th Bratislava in Movement contemporary dance festival with a powerful performance titled Le Jardin, the first in a trilogy.

Even Peeping Tom is an international ensemble. Versnel is Dutch and the other three performers in Le Jardin are not from Belgium either.

“But in Le Salon [which is the second part in the trilogy], we have a wonderful Belgian singer and the technician is also from Belgium,” Versnel told t Spectator.

The performance confirmed that dance is an international language and that people ask the same questions, whether they are in Brussels or Bratislava.