THE CALM STREETS of Trenčianske Teplice, a scenic spa city once labelled “the Carpathian Pearl” by the famed writer Móric Jókai, will soon be swarming with thousands of filmmakers and enthusiasts.From June 27 to July 6, the 16th International Artfilm Festival will be held in this western Slovak town and, to satisfy all cinema fans, it will offer an enticing mixture of good movies, famous guests and creative sessions. 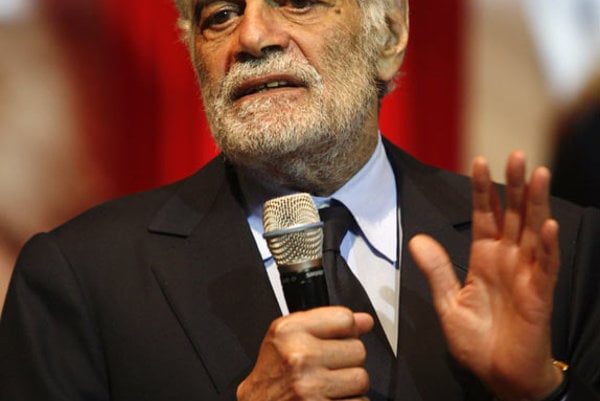 THE CALM STREETS of Trenčianske Teplice, a scenic spa city once labelled “the Carpathian Pearl” by the famed writer Móric Jókai, will soon be swarming with thousands of filmmakers and enthusiasts.
From June 27 to July 6, the 16th International Artfilm Festival will be held in this western Slovak town and, to satisfy all cinema fans, it will offer an enticing mixture of good movies, famous guests and creative sessions.

“Our goal is to introduce the latest international and national films to a wide, culturally enthusiastic audience, so the festival has always presented the best of Slovak and foreign cinematography,” said Martin Šesták from the Forza Production House, which organises the event. “This year, we have prepared a rich programme that will hopefully please both Artfilm’s regulars and new visitors.”

As many as 105 feature films and 80 short films will be screened in several competitive and non-competitive sections. At the end of the festival, five prizes will be awarded. The Blue Angel, the main prize of the festival, together with a financial award of €15,000, will be presented to one of the 14 movies screened this year in the International Competition Section. Winners of the Eastern Panorama and the Best Short Film competitions will be rewarded with €7,000 and €3,000 respectively.
“Two special awards – the Actor’s Mission and Golden Camera – have already been decided,” Šesták told The Slovak Spectator. “The former will go to Liv Ullmann, Chiara Caselli, Omar Sharif and Ivan Palúch, the latter to Miroslav Ondříček, Krzysztof Zanussi and Tonino Guerra. All these celebrities will accept their awards in person and the actors will place their brass plaques on the Bridge of Fame in Trenčianske Teplice.”

According to Šesták, artists nominated for any of the festival’s awards have always expressed gratitude even though the Artfilm festival is a comparatively small event.

“I have never met any filmmaker who was not honoured by our invitation,” he said. “Even if Trenčianske Teplice is not Cannes, they obviously feel happy to have their movies presented here.”
In addition to its high professional regard, the Artfilm Festival is known mainly for being extremely student-friendly, as it offers young people various discounts and free screenings.

“Our aim has always been to open the doors of the festival wide for young people,” Šesták stated. “Students are massively keen on attending film showings, but they often lack enough money. That is why we have been trying to make the screenings as accessible as possible by cutting student prices by more than a half.”

The Bratislava International Film Festival, which takes place every December, is by far the largest event of its kind in Slovakia, but the organisers of the Artfilm festival do not consider this a handicap.

“We have no reason to compete with the capital,” Šesták remarked. “Both festivals have their strengths. But if film fans decide to go to Trenčianske Teplice rather than to Bratislava, so much the better.”
Still, Štefan Škultéty, the mayor of Trenčianske Teplice, believes that the Artfilm has an important advantage when compared to the Bratislava International Film Festival.

“There is one thing that can never be provided by the capital,” he told The Slovak Spectator. “It is the convivial atmosphere of a small picturesque town, which offers a large space for informal meetings and friendly discussions. This can definitely be found in Trenčianske Teplice.”

Organisers agreed that the spa town is suitable place for a film festival and added that there was one more thing that made them look forward to opening this year’s event. In his foreword to the festival catalogue, Milan Lasica, the president of the Artfilm and a famous Slovak actor, expressed his pleasure over the fact that Slovak cinematography has finally begun to expand.

“This is a special occasion because it is taking place at a time when Slovak cinema is, so to speak, rising from the dead,” he wrote. “Let us admit that it is a precious and for some perhaps an unexpected situation. One way or another, it is a joyful time. If nothing else, at least there can be no more talk about Slovakia as a country where the number of film festivals exceeds the number of its films.”