Print media outlets greeted their readers at the beginning of June with notices that the country’s restrictive new Press Act had taken effect. 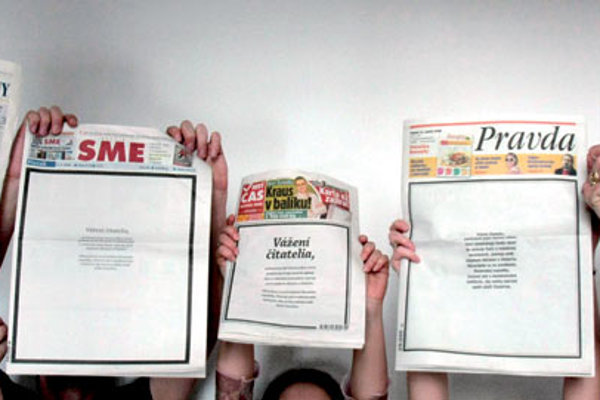 Print media outlets greeted their readers at the beginning of June with notices that the country’s restrictive new Press Act had taken effect.

International organizations have criticized the law as restricting free speech, noting that allowing politicians and other public figures to reply at will to articles in which they are mentioned gives them a means to harass newspapers that criticize them.

The Robert Fico government, meanwhile, says that the new Act will force the media to behave more responsibly, and that its provisions are no more strict than legislation in other EU countries such as France and Germany.

In response to the new measure, the Association of Slovak Publishers agreed informally to publish all replies they receive – and thus not risk incurring the automatic Sk200,000 penalty for failing to do so – but to resist publishing replies to true stories on their front pages. Media lawyers say they cannot predict how the law will be used, and how the courts will interpret its terms, because nothing like it has been tried in Slovak legislation before.