ARE YOU constantly intending to improve your Slovak language skills, but always short of time, motivation, money – or all three? 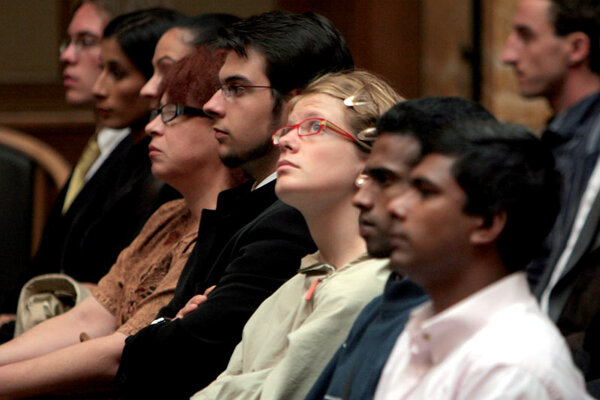 ARE YOU constantly intending to improve your Slovak language skills, but always short of time, motivation, money – or all three?

You’re not alone. While the prospect of spending a hot, lazy summer in the park, with a beer in one hand and a frisbee (or whatever else lights your candle) in the other, might seem mighty tempting right about now, this is actually the time to start thinking about doing something useful with your holiday. Improbable though it may sound, going back to school might even be fun.

A short, intensive Slovak course could work wonders for your ability to communicate with colleagues and locals, understand those overheard conversations in cafes and pubs, and even grasp, in full depth, the extraordinary rudeness with which you are being treated by the staff at a certain British-owned supermarket chain (which shall remain nameless). Luckily, there are several such courses on offer, offering the inept novice and fluent polyglot alike a chance to improve their ľúbozvučnej slovenčine (sweet-sounding Slovak).

First things first: you don’t need to have any prior knowledge of Slovak. And most of the organizations running courses stress that they accept a range of foreign-language speakers, not just English-speakers. One (International House) said that their beginners’ course tutor barely speaks English. So you might well be forced to learn fast, in order to communicate with your teacher if not your fellow-students.

Though all the institutions which offer Slovak language courses cater for beginners, there are differences of emphasis. Some focus more on those with an interest in Slovak culture as well as language. Others welcome complete beginners who might not even have visited the country before.

Of linguists and oenophiles

The Studia Academica Slovaca (SAS), part of the arts and science faculty at Comenius University in the capital, is holding its 44th annual summer school in Slovak language and culture in August this year. It immerses its 150-odd students not just in the language but also in the culture of Slovakia, with lectures on history and politics, and screenings of Slovak films and other artistic performances. Helena Ivoríková, a teacher of Slovak at the SAS, says there are typically a wide variety of people on the course: “Beginners, those who are learning just for fun, some with a Slovak family background and others who are married to Slovaks or are here to work.”

But Ivoríková says that the course also attracts those with a professional or academic interest in learning the language, such as students of international law or political science in Eastern Europe – who are normally required to master an Eastern European language – and translators or linguists from European institutions such as the EU.

She says this can make for a stimulating environment. “Some groups can become like a class of colleagues,” she remarks, explaining that gathering linguists together for discussions about Slovak – and in Slovak – brings benefits for teachers as well as pupils.

As well as Europeans, recent SAS summer schools have welcomed students from the US, Canada, Bangladesh, China, India, Japan and Korea. Many of the Americans and Canadians have historical family connections to Slovakia, while those from Asia are often working in the country. Ivoríková says that it is a challenge to teach such a wide variety of people but that the social environment – and the course’s cultural activities – encourage students to interact.

The Center for Continuing Education (CDV), also part of Bratislava’s Comenius University, offers three summer courses, all based at its campus in the village of Harmonia, nestled in the Small Carpathians about 20 kilometers north-east of Bratislava. Two of the courses are for what the center calls ‘compatriots’, i.e. those with some family connection to Slovakia; one of these is aimed at high school graduates preparing to study at Slovak universities. The third - ‘classic’ - course is for all-comers.

The CDV’s Elena Homolová says its courses in Harmonia – which all begin in July – offer an attractive learning environment: the village is at the edge of a forest, and cooler than Bratislava in the summer; the nearby town of Modra is also attractive to some students, being a centre of wine-making. She adds that the classic course is a good combination of the useful and the practical, with students attending classes and then getting to employ their language skills in conversation with artists, sportsmen and even the local mayor. Last year’s course attracted attendees from neighboring Austria, Hungary and Poland, as well as from countries as far away as Egypt, Britain and the US.

Another summer course in the Bratislava area is run by the Center for Language Preparation at the Bratislava School of Law, a private school of higher education based in Petržalka. Last year, it hosted students from Austria, Denmark, Holland, Italy, Mexico, Romania, Russia, Switzerland and the US. Alena Mikolajová, from the center, says its course caters to complete beginners and advanced level students. Some, as with the Comenius University courses, have historical family connections with Slovakia, while others have more recent attachments. Mikolajová says foreign students who have acquired Slovak spouses or partners, and who now want to be able to communicate with their in-laws, make up some of her center’s applicants. Francisco, a student from Mexico who attended in 2007, suggests it worked for him: “At first I hardly spoke, but after three weeks I could finally keep up a basic conversation with my parents-in-law,” he reports.

If you are a looking for a more traditional, class-based learning experience, the International House language school in central Bratislava offers two-week summer courses for beginners to intermediate-level students in the city, starting in July and August.

Locating Slovak courses outside Bratislava is a little trickier. The Academy of Education in Martin, Žilina region, is running a series of two-week ‘Slovak for foreigners’ courses, the first beginning on July 14. The Academy (Akadémia vzdelávania, in Slovak) is a nationwide organization specializing in adult education.

Trenčin University (www.tnuni.sk) offers an intensive Slovak language course beginning in late August under the EU’s Erasmus education scheme. And the Faculty of Economics at Matej Bel University in Banská Bystrica offers Slovak classes during the academic year but doesn’t yet have a summer language course. The university says it has plans to start one, perhaps next year.

If you’re new to Slovak or have been struggling half-heartedly with the language for a while, you might well ask how much use a two- or three-week course is likely to be.

The SAS’s Helena Ivoríková believes it can actually be the perfect start. “It’s like a cup of strong coffee,” she says, referring to the concentrated infusion of knowledge that participants receive. “Of course, you can’t learn a language fully in three weeks, but the course provides basic skills and a global overview of the language.” She says it can also provide new inspiration for those who had doubted their skills.

One person hoping she is right is Hannah Cooper, a British teacher living in Bratislava who has applied to attend the Studia Academica Slovaca in August. Cooper describes her Slovak as “awful”, and says she decided to apply for the SAS in order to give her skills a boost.

“I hope that I’ll at least be able to have some sort of conversation beyond ‘My name is’ or ‘I’m from’,” she says, adding that her main desire is to improve her spoken, rather than her written, Slovak. Cooper says she would also like to be able to hold a basic conversation in Slovak with her local teaching colleagues.

The SAS course was recommended to her by another foreign teacher who now speaks Slovak well enough to teach the language. Cooper says the cost – Ř500, including tuition and enrolment fees, for three weeks – is a little daunting, and means she is waiting until the course starts before signing up for any extra cultural activities or trips. Nevertheless, she says she is looking forward to meeting the wide range of people who typically attend the course.

In fact, aside from the serious stuff, all the courses stress the good social experience. And given the wide range of international participants, you’re bound to find someone with whom to practice your new Slovak skills. And even share that beer in the park…