Every summer, tourists and Bratislava residents hit the streets and the squares of the Slovak capital to enjoy music and other cultural events. As in previous years, the Bratislava Information and Culture Center (BKIS) has prepared a rich program as part of the annual Summer of Culture, the biggest festival of culture in the city. This year, in its 33rd edition, the festival offers more than 200 events on 24 stages, bringing together performers from more than 20 countries. Many events take place on open-air stages, while more than half are free of charge. Festival events are now available to more people than ever. 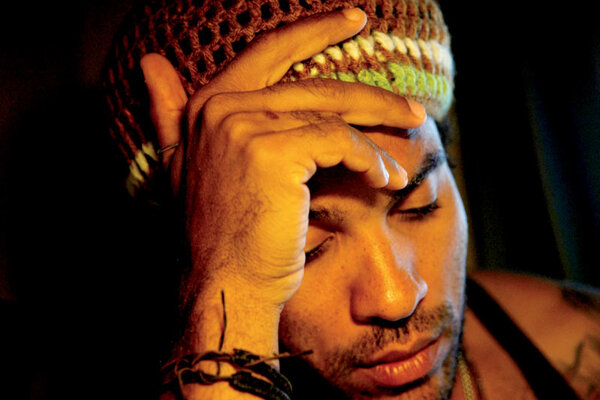 Rocker Lenny Kravitz will be the highlight of opening week at this year’s Summer of Culture festival. (Source: COURTESY OF BKIS)
Font size:A-|A+

Every summer, tourists and Bratislava residents hit the streets and the squares of the Slovak capital to enjoy music and other cultural events. As in previous years, the Bratislava Information and Culture Center (BKIS) has prepared a rich program as part of the annual Summer of Culture, the biggest festival of culture in the city. This year, in its 33rd edition, the festival offers more than 200 events on 24 stages, bringing together performers from more than 20 countries. Many events take place on open-air stages, while more than half are free of charge. Festival events are now available to more people than ever.

BKIS designed the program of the three-month festival to appeal to visitors of all ages – from families with children to young people, adults and seniors – and to Slovaks and foreign tourists alike.

The first two weeks of the festival offer a rich and colorful program. This year’s Summer of Culture officially opens on June 19 at 18:00 in the courtyard of the Primatial Palace. Here, city representatives, leading social lights and wine experts and enthusiasts will be able to taste Slovak and foreign wines during the 10th edition of a popular event, the Wine Gallery.

The same day, the Italian trio Sun will play Mediterranean-style music with new age and jazz influences on the Main Square starting at 19:30.

The opening week will continue with the two-day Heel & Toe Show, the ninth staging of a children’s country festival that offers contests and workshops featuring classical country dances, Mexican dances and clogging. It all starts on June 20 on the Main Square between 16:00 and 19:00, and wraps up the next day at PKO with a competition, the announcement of the winners, and a gala performance starting at 13:30.

The Friday program offers a completely different style of music – flamenco – to be performed by the Flaco de Nerja Band with Antonio “El Chonico” Heredia appearing as a guest. Flaco de Nerja, born in Bratislava as Branislav Krajčo, will be showing off his abilities as a flamenco guitarist. His talents have already earned him acknowledgement in Spain, the country where flamenco was born. The show will take place on Main Square.

The opening week continues on June 22 with the ballet Kylián in the City, on the Main Square starting at 20:30. The soloists and choir of the Slovak National Theater Ballet will perform three choreographies: Inspiration by Mário Radačovský, Real Time by Lukáš Timulák and Six Dances by Jiří Kylián. Admission is free.

On the same day a concert will be held called Ernest Bloch: Sacred Service, featuring the Cantare Con Vivo choir from the United States and the Bohuslav Martinů Philharmonic orchestra from the Czech town of Zlín. The event is dedicated to Ernest Bloch, a Swiss-born American composer, and takes place in the Slovak Radio building at Mýtna 1, starting at 19:00. Tickets cost Sk150.

The J.K. Mertz Guitar Festival has become an inseparable part of the Summer of Culture. Well-known Slovak artist and pedagogue Jozef Zsapka, the founder of the festival, has this to say about it: “It’s a spectacular festival and one that gives Bratislava a good name. If you ask musicians anywhere in the world about this festival, you will find that it is well-known and respected.”
Traditionally, the festival showcases various types of guitar music, although the classical guitar still dominates. This year, the six-day event opens on June 23 at 19:00 with a concert by Zoran Dukic from Croatia, continuing with a performance by Jorgos Panetsos from Greece on June 24. On the following day, Slovak artist Henry Tóth, who has performed with the best Slovak pop bands, will demonstrate other facets of guitar music. On June 26, classical guitarist Paolo Pegoraro of Italy, known for his ability to communicate with the audience and for his brilliant technique, takes the stage. Carles Trepat from Spain, who specializes in contemporary guitar music, performs on June 27. American Stephen Stubbs, who plays the lute and the baroque guitar, wraps up the festival on June 28 with a concert that also features Maxine Eilander from the Netherlands on harp and Miloš Valenta from Slovakia on violin. All performances take place in the Klarisky Church. Tickets are Sk120.
On June 24, Lenny Kravitz gets the Summer of Culture Festival rolling in grand style at the Artmedia football stadium in Petržalka. Although Kravitz’s career spans almost two decades, this will be his first time playing in Bratislava. He will be showcasing his latest album, Time for a Love Revolution.

For lovers of classical music, the Bohuslav Martinů Philharmonic orchestra from Zlín returns on June 29. Featuring soloists Lynette Tapia (US), Mary Liu (China) and Miroslav Dvorský (Slovakia), the orchestra will perform a selection of arias and duets by Verdi, Bernstein, Donizetti, and others, conducted by Walter Attanasi of Italy. The concert starts at 20:00 on Main Square.
Promising violinist Anja Bukovec (Slovenia) wraps up the opening part of the festival on June 30. Accompanied by pianist Simon Krečič, a fellow Slovene, Bukovec visits Bratislava on her first solo world tour. Her concert starts at 19:00 at the Primatial Palace.

World & Ethno Music – A new series featuring world and ethno music, taking place in the courtyard of the Old Town Hall every Tuesday at 20:00.

Jazz Under the Tower – A popular series of jazz concerts by Slovak and foreign musicians, Jazz Under the Tower is one of the most visited events and is among the best that Bratislava offers in the summer. The concerts take place in the courtyard of the Old Town Hall every Wednesday starting at 20:00.

On the Wandering Road – A series of performances by Czech and Slovak folk and country artists and “city folk groups” in the courtyard of the Old Town Hall every Thursday starting at 19:30.

International Bratislava – BKIS organizes this series of concerts and performances in cooperation with the city’s foreign embassies and cultural centers from EU member states and around the world. Events take place on the city’s squares as well as on the Danube embankment.

Music on the Danube – The Danube River has become another festival ‘stage’, and offers boat rides for families with children as well as voyages with a particular musical theme (Latino, Klezmer).

Other regular events include the Family Zoo-iads, which are full of fairy-tales, play-acting and other activities at the Bratislava Zoo; Bratislava Inline, which clears Bratislava’s roads of cars and puts them at the disposal of in-line skaters; Chamber Concerts on Hviezdoslavovo Square; and Afternoons at Červený Rak, which offer musical and literature presentations.

The Summer Shakespeare Festival is another inseparable part of the Summer of Culture. The eighth annual staging of this festival will again feature plays by William Shakespeare as performed by Slovak and Czech actors. The festival is held on the Western Terrace of the Bratislava Castle from July 3 to August 4. This year, in addition to the classics, the actors have prepared a new show, Anthony and Cleopatra.

The screening of the first Slovak feature film, Jánošík, promises to make the festival more colorful. Since it is a silent film, the world and ethno-music band Bashavel will provide the soundtrack.

The Viva Musica! festival takes place on Main Square and in the courtyard of the Old Town Hall from July 24 to August 1.

Other events worth mentioning include the Festival of Historical Fencing, Music, Dance and Handicrafts, which features re-enactments of historical battles (Devín Castle, August 29–31); the Craft Master Days at the Castle, which is dedicated to traditional handicrafts (Bratislava Castle, August 31 – September 1); and the Convergences Festival of Chamber Music, which features classical and contemporary music by top musicians from Slovakia and abroad (Klarisky Church and Design Factory, September 18–21).

Open-air exhibitions in the city

The 13th edition of the Sculpture and Object contemporary art exhibition takes place in Bratislava streets from June 26 until August 31.

Šafárikovo Square hosts an exhibition of images by Ladislav Bielik, whose photograph of a man baring his chest to a tank became the symbol of the invasion of Czechoslovakia by Warsaw Pact troops in August 1968. Bielik’s photos, which he shot 40 years ago this year, are exhibited just a few meters from the locations where he took them. The exhibition lasts until September 12.
For updates on events and performers, go to www.bkis.sk.