Rising above the rest 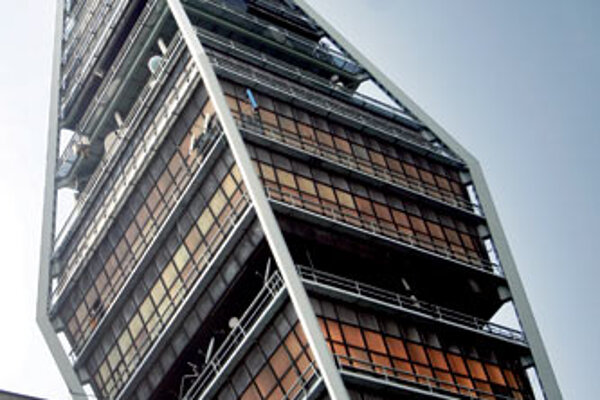 THE television tower on the Koliba hill above Bratislava has been one of the symbols of Slovakia’s capital city ever since it was built in 1975. The revolving restaurant near the top was recently renovated and re-opened in May 2007, and promises to occupy just as significant a place on the Bratislava dining scene.

At 574 meters above sea level, and some 400 meters over the city, the Veža Restaurant offers a spectacular view of south-west Slovakia and parts of Austria, Hungary and the Czech Republic. If you time your visit for around 7 p.m., you will get to watch the sun setting over the Small Carpathians and the lights of the city coming on through the dusk.

Even if the food were entirely forgettable, the view might make up for it. But Veža has taken big strides under its new ownership, and its dishes are now both large and skillfully prepared. The broccoli soup was made from real vegetables, the stodginess of the gnocchi was compensated by the tang of the sauce, and a steak ordered rare actually came rare. The service was unobtrusive and professional.

Veža has the added attraction of both a revolving inner part and four corner tables that remain stationary, so even if the movement makes you queasy, you have the option of returning to terra firma. On our visit, these corner tables were all in use for what looked like business meetings, and prompted the thought that Veža might make a quirky but inspired choice for entertaining the boss.

The new menu is a little pricy, even by the standards of the Slovak capital, and the interior remains a little shabby in places despite the renovation. It also might be worth nothing that the operator of the premises, the J.T. company, is owned by a man whom police regard as a member of the ‘Piťovci’ organized group. But so far, Veža is managing to rise above its limitations.