THE SLOVAK National Theatre Ballet opened the 33rd year of the Summer of Culture festival in Bratislava in grand style. 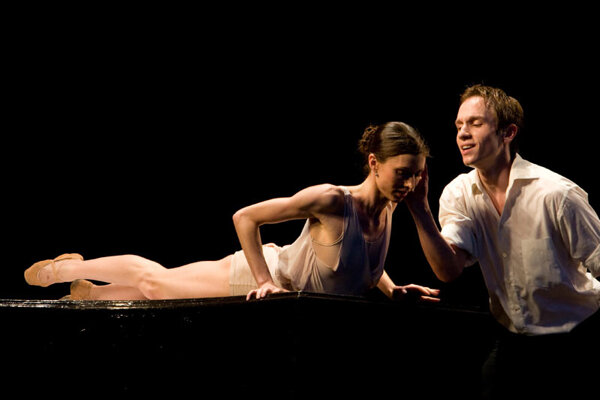 THE SLOVAK National Theatre Ballet opened the 33rd year of the Summer of Culture festival in Bratislava in grand style.

On June 22, its dancers performed before an audience under the open sky at the Main Square. A Celtic dance routine had opened the festival for the previous 10 years.

"The 33rd year of the festival is something that should be presented as a great gathering,” Vladimír Grežo, director of the Bratislava Culture and Information Centre (BKIS), told the TA3 news television station.

He added that the ballet performance was a special event that suited the occasion perfectly. The BKIS and Bratislava municipality are the main organisers of the festival, which will last until mid September.

The dancers performed choreography by Jiří Kylián, a renowned Czech choreographer based in the Netherlands, and Mário Radačovský, the director of the SND Ballet.

A concert by Lenny Kravitz was another highlight of the festival's opening week. The four-time Grammy Award winner performed songs from his latest album, It Is Time For A Love Revolution, as well as his greatest hits on June 24 at the Artmedia football stadium in Petržalka.

There was also the J.K. Mertz Guitar Festival, which featured performances of all kinds of guitar music, especially classical.

Over the course of the next three months, Bratislavans and tourists will experience an extensive programme of more than 200 events. As well as some events from previous years, this year’s festival includes some new aspects, such as the Summer of Renowned Actors Bratislava – Prague, and the New Europe music-dance festival .

This year's list of performers features artists from more than 20 countries, including neighbours Austria, the Czech Republic and Hungary, as well as the United States, Brazil, and South Korea.
Anja Bukovec, a promising violinist from Slovenia, will wrap up the festival's opening week on June 30. The next day, Terne Čhave, one of the most successful Czech Roma bands, is performing in Červený Rak. The same day, a French ensemble will perform Music of Yesterday... Dance of Today, by choreographer Stanislaw Wisniewskwsky, at the Main Square. On July 2, the AMC Trio and Ulf Wakenius will perform a jazz concert at the courtyard of the Old Town Hall. Almunori, a traditional dance group from South Korea, will perform at the Main Square on July 3.

Over the next few weeks visitors can look forward to traditional World and Ethno Music concerts, regular fairy-tale programmes, as well as Music on the Danube voyages.

In the meantime, Bratislava Castle will be transformed into a stage for the Summer Shakespeare Festival, which had to move from its usual location on the Castle's Western Terrace due to renovation.

Between July 3 and August 4, the eighth annual festival will once again feature Slovak and Czech actors performing some of Shakespeare's plays, including The Merchant of Venice, The Tempest, The Comedy of Errors and Anthony and Cleopatra.

Hip-hop violin player Miri Ben-Ari will headline the 4th Viva Musica! Festival, which will run from July 24 to August 1. The festival's other performers, whose work ranges from classical to jazz to film scores to operetta, include vocalist Sandra Rumolino, jazz singer Kellye Gray, pianist Elena Rozanova and cellist Tatiana Vassilieva.

Bratislavans and tourists can also admire street exhibitions like The Sculpture and Object, and Ladislav Bielik 1968-2008.

For a detailed programme, go to www.bkis.sk.