SLOVAKS mostly look for private accommodation or a standard hotel while on holiday abroad. But if on holiday in Slovakia, they prefer to rent a cottage or a cabin. 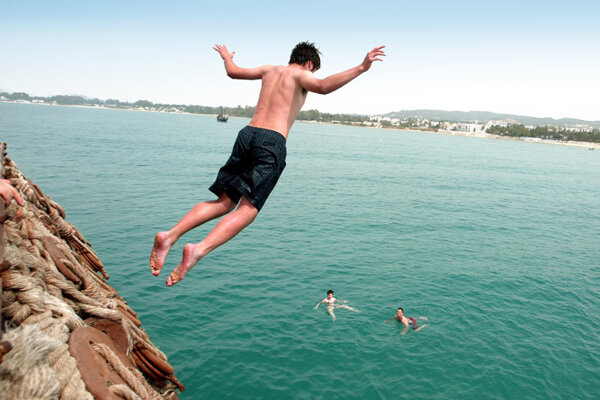 SLOVAKS mostly look for private accommodation or a standard hotel while on holiday abroad. But if on holiday in Slovakia, they prefer to rent a cottage or a cabin.

These are the results of a survey conducted by the GfK Slovakia polling agency in March, as reported by the SITA newswire.

The survey further showed that 38 percent of Slovaks are planning to travel during their summer holiday, with the majority of them going abroad.

When choosing where to go, price is still the deciding factor. The second most important factors are convenience and quality of accommodation. Those who go abroad most often seek accommodation in private housing. This was the answer from 26 percent of respondents, predominantly men. Women prefer standard hotels. Other frequently-sought types of accommodation are higher–quality hotels and pensions.

The survey also showed that a plurality of tourists, 28 percent, will look for accommodation in a rented cottage when in Slovakia. Another option is to stay with friends or acquaintances, which is the alternative most women prefer. Only around one tenth of respondents said they would opt for a pension or a standard hotel. Ten percent of men noted a preference for camping, compared to only a few women. Equally, only a very small percentage of holidaymakers in Slovakia would seek a hotel of the highest rating.

Traditional holiday destinations remain popular among Slovak tourists. Ivan Surkoš of the Foreign Ministry told the SITA newswire that tourists will continue to vacation in Croatia, Greece, Bulgaria, Egypt, Italy, Tunisia, Turkey, and Spain, as well as even further afield.

Slovaks travel during the whole year, but mostly during the summer. Last year, 600,000 Slovaks went abroad on holidays organised by travel agencies. Another 100,000 travelled independently. The ministry estimates that a similar number, or perhaps slightly more, will travel abroad this year.