Searching for the right tone with Russia

SLOVAKIA was part of the Soviet bloc from 1948 to 1989. But since the fall of communism in 1989, Slovakia has aligned itself with the European Union and the NATO countries. 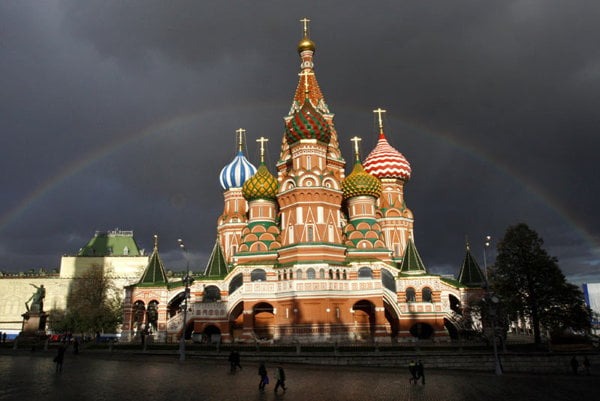 SLOVAKIA was part of the Soviet bloc from 1948 to 1989. But since the fall of communism in 1989, Slovakia has aligned itself with the European Union and the NATO countries.

When Prime Minister Robert Fico came to power in 2006, he declared that Slovakia’s relations with Russia would improve after eight years of “neglect” under the centre-right Mikuláš Dzurinda administration.

"We have obligations towards [the EU and NATO]," he said at a press conference on April 27, 2007, “but we also have an enormous interest in excellent relations with the Russian Federation.”
Many political analysts agree. Milan Ježovica, an analyst with the MESA 10 non-governmental organisation who from 2003-2006 was an advisor to former prime minister Mikuláš Dzurinda, believes that the countries’ cultural, political, and economic ties should be strong, but balanced.
"Let us not become subject to pipe dream projects that help neither our interests nor our relations,“ Ježovica wrote in the Pravda daily in response to Fico’s comments at the press conference. "Because we have been there in the past, and it is neither beneficial nor to be taken lightly."

Fico has even referred to "Slavonic solidarity,” which was a central theme of the National Awakening in the 1850s. On April 4, 2008, during a visit by then-Russian Prime Minister Viktor Zubkov, Fico said: "In Slovakia, there have been efforts to deliberately ignore Slavonic solidarity.“

Alexander Duleba, an analyst with the Slovak Foreign Policy Association (SFPA), a non–governmental think tank, told The Slovak Spectator that Russia consults with Slovakia, as with any other NATO country, but saves the major discussions on security policy for superpowers.

"We are a small player when it comes to Russian security matters," he said. "So the Russians use us mainly as support for their diplomacy."

Igor Skoček, head of the Press and Communication Department at the Slovak Foreign Affairs Ministry, said that military co-operation with NATO is a main strategic priority.

"The alliance and Russia are both interested in conducting exercises and operations together,“ Skoček told The Slovak Spectator.

Skoček said that NATO welcomed the Russian parliament's final approval last year of the Statute of Armed Forces Agreement, which will enable joint training exercises and the presence of NATO troops on Russian territory.

"The Russian Federation also took part in the fight against the proliferation of weapons of mass destruction by participating in Operation Active Endeavour,“ Skoček added.

The SFPA's Duleba said that one of Russian's main security concerns right now is the US anti–missile shield planned for installation in the Czech Republic and Poland.

Prime Minister Fico refused to allow the missile shield to be based in Slovakia, and has publicly criticised the entire plan. But at the same time, Slovak President Ivan Gašparovič signed a joint declaration this April at the NATO summit in Bucharest that requests the missile shield as part of a future European security plan.

"This means that Slovak foreign policy has lost its momentum," he continued. "It has shifted compared with previous years, which has changed the relationship with our partners."

Duleba added that a public discussion should be held on such policy changes, but doubted that would happen.

"Unfortunately, I see no big interest from the side of this government to open these issues to a public discussion, to explain its stances, or its arguments. But we cannot run away from these kinds of issues."
Skoček from the Foreign Affairs Ministry said that Russia is also committed to working with NATO on the battle against drug trafficking out of Afghanistan.

The Russian government operates an anti-terrorist centre in Domodedovo, near Moscow, meant for training guards to battle on the Afghan frontier, according to Skoček.

But Skoček acknowledged that difficult situations and tense negotiations between Russia and the EU lie ahead.

"The co-operation is still influenced by Moscow's apprehension over NATO enlargement, especially towards the regions of the former Soviet Union (Ukraine, Georgia)," he told The Slovak Spectator.
"But joining NATO is an act of free will by the candidate countries," he continued. "It is in no case directed against Russia's security interest and it does not threaten its strategic interests.“
Duleba also pointed out that the countries are linked because Slovakia is a crucial transit country for Russian gas.

"Gas export is still an important item on the Russian state budget," he told The Slovak Spectator.