Option to leave private pensions ends; few do so

ONE of Prime Minister's Robert Fico’s pet projects, an attempt to shake up the pension system reforms of the previous government, is for now being wrapped up. Six months ago, what is known as the the second, 'capitalisation', pillar of the pension system - the option to pay pension contributions into a privately-managed fund - was opened up by the government, offering more than 1.5 million people the opportunity to leave it and return to the publicly-managed scheme. On June 30 that opportunity ends. 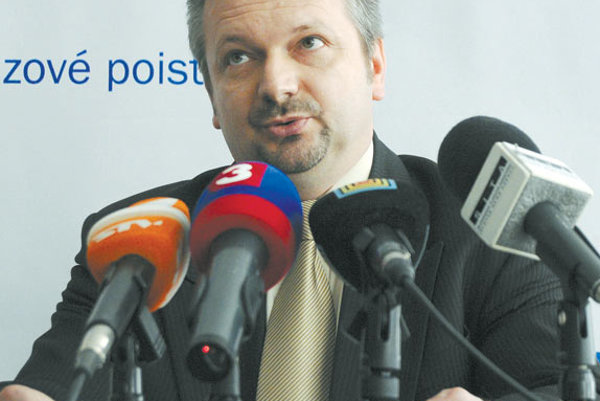 ONE of Prime Minister's Robert Fico’s pet projects, an attempt to shake up the pension system reforms of the previous government, is for now being wrapped up. Six months ago, what is known as the the second, 'capitalisation', pillar of the pension system - the option to pay pension contributions into a privately-managed fund - was opened up by the government, offering more than 1.5 million people the opportunity to leave it and return to the publicly-managed scheme. On June 30 that opportunity ends.

The government and pension fund management companies estimate that fewer than 70,000 people have left the second pillar.

Though, the ruling coalition’s Movement for a Democratic Slovakia (HZDS) toyed with the idea of keeping the pillar open for an additional six months or later re-opening it, Prime Minister Robert Fico on June 25 said that the government would not go down that path.

“The priority now is not to disturb people and to calm the situation,” Fico told media.
The second pillar was one of the main features of the Mikuláš Dzurinda government's old-age pension reform, allowing clients to redirect 50 percent of their social insurance fees into a private pension company, the so-called 'second pillar', with the rest going into what is known as the 'first pillar': the pay-as-you-go-system administered by the public social security provider, Sociálna Poisťovňa.

The pension fund management companies said there has been no mass exodus of clients from the second pillar during the past six months, but they still object to the campaign that the Labour Ministry ran to persuade their clients to quit. The prime minister and Labour Minister Viera Tomanová retorted that the pension fund management companies misled the public while luring 1.5 million people to join the second pillar.

The government and the private pension fund management companies agree that the system must be sustainable and needs stability. However, they differ greatly on how to achieve this goal.
Meanwhile the prime minister has sacked the head of Sociálna Poisťovňa, Ivan Bernátek, but failed to give specific reasons for his move.

“It is unacceptable that the Labour Minister has been doing the job of the social insurer director,” Fico told journalists on June 25. “The social insurer is stabilised thanks to minister Tomanová.”

Tomanová has not expressed any major objections to Bernátek’s work.

What do the numbers say?

As of June 25, the number of clients who since the beginning of the year have quit the second pillar reached almost 68,000, Lýdia Výborná of the social insurer’s press department told The Slovak Spectator.

Of those who left the second pillar, the largest group were aged over 45. In terms of their distribution, Sociálna Poisťovňa branches in Bratislava, Považská Bystrica, Prievidza and Žilina (western Slovakia) have recorded the highest number of second pillar saving termination requests.
The pillar was also open to those who wished to enter but had missed previous deadlines.
“From the beginning of the year, a total of 12,968 clients have entered the second pillar,” said Výborná.

Based on the number of terminated contracts, the pension funds management companies are obliged to return to the social insurer Sk2.45 billion. Of this, Sk1.74 billion has already been transferred to the account of the social insurer, said Výborná.

Pension funds management companies argued that though the government said it was giving people the option to chose, the new rules were shaped in a way that encouraged people to quit the second pillar.

The decisions by people older than 48 to quit the second pillar has been influenced by the government's move to increase the minimum time during which people must save for their pension from 10 to 15 years, Ivan Barri, executive director of the Association of Pension Funds Management Companies told The Slovak Spectator.

“The possibility of quitting the pillar and stretching the obligatory time for saving means that the state has forced people to leave the second pillar,” Barri said. “I am pretty sure that this limit will be finally erased from the law because it is illogical that the state would prevent people who reach pensionable age from using their saved funds for their pension.”

Barri said that the association did not fear any mass exodus of clients but said he regards a more serious threat to the system the decision to make entry voluntary instead of keeping it mandatory for young people.

“It is a change that will basically create two groups of people with different demands for pension payments,” Barri said.

According to Barri, this change goes against the findings of a report on the state and development of the second pillar that the Labour Ministry submitted to the parliamentary committee for social affairs and housing.

“The report shows that the pay-as-you-go system is, in the long term, unsustainable without the second pillar,” Barri told The Spectator.

What the system needs is stability and long-term vision, Barri said.

“I worry that currently both these elements are absent,” he added. “Changes primarily to the pay-as-you-go system are needed, but a professional debate about concepts is lacking while the government seems to be adopting rather unsystematic and one-off decisions and ideas. Such gambling with the future is unfortunate.”

Barri also objects to the politicisation of efforts to confront the issues surrounding the first and second pillars.

“We have to be aware first of all that these are two elements of one and the same system, two elements that complement each other,” Barri explained.

Over the past six months, Fico and Tomanová have engaged in an intensive campaign to - as they described it - inform citizens about the perils of saving for their pensions through private pension funds management companies.

It is becoming evident that the global financial crisis has had a relatively large impact on the gains of savings in private pension funds, Fico told media on April 23, backing his statements by referring to a report he received from Tomanová.

"I am not in the second pillar and I would recommend everyone to get out very quickly,“ Fico said, as quoted by the Sme daily.

The Labour Ministry has distributed information leaflets to almost two million Slovak households.
However, shortly after the distribution of the leaflets started, private pension funds management companies called on the ministry to withdraw its "Time to Decide“ flyer because, they said, it included incorrect information about the gains from the savings of their clients during 2007.
Tomanová also said she was concerned with the recent economic performance of the private pension funds management companies, suggesting that it has declined in the first quarter of 2008.
Jana Liptáková contributed to this report