French plant is a milestone investment

FOREIGN investment in Slovakia is often distinguished as "before Peugeot" or "after Peugeot". 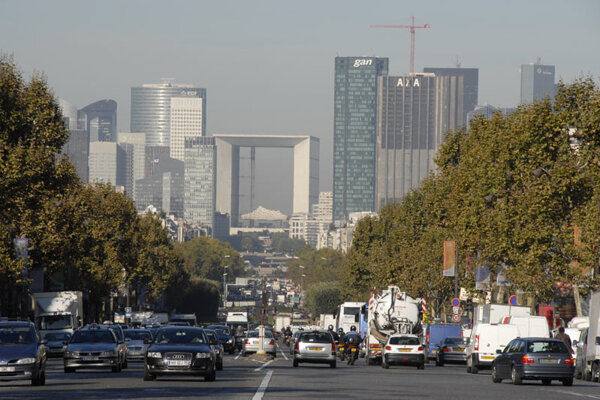 FOREIGN investment in Slovakia is often distinguished as "before Peugeot" or "after Peugeot".

French car producer PSA Peugeot Citroën turned a lot of heads when it built its plant in Trnava in 2003, and proved Slovakia was a desirable destination for large greenfield investments.

“PSA's investment changed French companies' perception of Slovakia, as well as the perception of companies from other countries,” said Anton Berith, director of the French-Slovak Chamber of Commerce.

Before PSA, French investment was focused on buying shares in existing companies, rather than greenfield investments, 100-percent ownership of companies, and bringing new technologies, said Berith.

France has expressed interest in expanding its cooperation with Slovakia into the energy industry and highway construction, maintenance and administration.

“France is one of the few countries that has safe, proven technologies for road construction and nuclear power stations,” Berith told The Slovak Spectator.

The French are also looking into applying their know-how of the agricultural sector and food industry in Slovak services, hotels, and restaurants, he said.

Slovakia is still attractive to French investors because of its relatively low labour costs, simple tax system, improved infrastructure, industry structure, and the incentives it provides to investors, said Jean-Antoine Giansily, trade commissioner at the French Embassy to Slovakia.

However, its competitive edge might be dampened by rapid currency appreciation, which can harm investors and exporters. This will end once Slovakia joins the Eurozone, but if possible sharp increases in salaries and energy prices, especially if they outstrip those in neighbouring countries, are also a risk to Slovakia’s attractiveness, Giansily said.

France was the second largest investor in Slovakia in 2006, according to the trade department of the French Embassy to Slovakia. However, the National Bank of Slovakia (NBS) listed the country as the 11th largest investor. The discrepancy is caused by a different method of recording investments' country of origin.

“Foreign direct investments are very often carried out through other countries, very often through the Netherlands,” said Giansily.

According to the NBS, the Netherlands was the largest investor in Slovakia in 2006, with a 20–percent share of foreign direct investment (FDI). It was followed by Germany, Austria, and Italy.

Artem Group, a market research company, cooperated with the trade department at the embassy to convert the FDI to FUI – foreign ultimate investments, which considers a company's home country as the investment's origin.

Based on Artem's figures, French investment equalled €3.791 billion ($4.580 billion) in 2005, while investment from the Netherlands, Austria, and other countries fell. This put the share of French investments in Slovakia at 34.8 percent.

“A similar calculation should be applied to Germany and other countries too,” said Giansily. “Nevertheless, this study has improved the picture about France’s position, which is clearly more important than local statistics show.”

There are 350 French companies in Slovakia, according to the embassy's trade department.
The first investments arrived in 1990s and were directed towards the chemicals industry via Rhône-Poulenc (today Rhodia), which in 1992 bought Chemlon Humenné; the heat production business via Dalkia; and fencing via Dirickx.

Around 2000, the French turned to the Slovak banking market. The Dexia Group acquired Prvá Komunálna Banka with Austrian KommunalKredit, and changed its name to Dexia. The Société Général Group acquired Czech bank Komerční Banka, which also operates in the Slovak market.
But the largest transactions appeared around 2000 in energy, telecom, and the automotive industry.

In 2000, France Télécom Group wholly acquired mobile operator Globtel for €1.1 billion, and changed its name to Orange in 2002.

In 2003, PSA Peugeot Citroën built its car plant in Trnava, investing €700 million. It now produces the Peugeot 207. The company has announced it wants to start making a new Citroën model in the future.

PSA Peugeot Citroën's investment attracted suppliers and other car makers to Slovakia.
Gefco, which is among the top 10 European shipping and logistics companies and a member of the Groupe PSA Peugeot Citroën, started managing the PSA logistics park in 2005.

p>TRADE between France and Slovakia has more than tripled between 2004 and 2007. In 2007, it rose by 57 percent, according to the trade department of the French Embassy to Slovakia.

This growth is a result of French investment in Slovakia, in particular the prduction launch of the Peugeot 207 at the new PSA Peugeot Citroën plant in Trnava.

The share of French imports to Slovakia’s total imports grew year-on-year from 3.1 percent to 3.9 percent in 2007.

Bilateral trade between France and Slovakia is set to continue growing over the next two years, which will make France Slovakia's third most important trading partner after Germany and the Czech Republic.