FRANCE believes cultural exchange is a powerful tool for bringing nations closer. With this in mind, it has organised the European Cultural Season to coincide with its six-month presidency of the European Union, which began on July 1 . 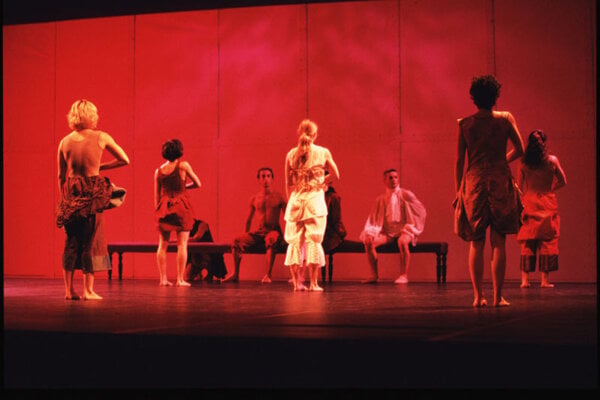 FRANCE believes cultural exchange is a powerful tool for bringing nations closer. With this in mind, it has organised the European Cultural Season to coincide with its six-month presidency of the European Union, which began on July 1 .

“Artists, artistic companies, and ensembles from participating countries will have the opportunity to perform in France during the six months of the presidency and each of 26 member countries will present an excellent project,” Didier Talpain, the culture attaché of the French Embassy in Slovakia and the director of the French Institute, explained in the Le courrier Štefánik journal.

As the main promoter of French culture in Slovakia, the French Institute organises an extensive range of activities, from film and music to visual arts, sculpture, and photography. It will put on fewer events this year, but no less culture .

“This year the number of events will be lower due to a higher involvement in marking the French presidency of the EU,” Miloš Stankoviansky of the French Institute told The Slovak Spectator.

The Institute had a dance performance prepared for July 1.

An ensemble led by choreographer Stanislaw Wisniewski performed Music of Yesterday … Dance of Today, at Bratislava's Old Town Square. The dancers, shown in the background of a video, moved to the accompaniment of music by Jean-Philippe Rameau, Georges Bizet, and Jacques Offenbach.

Mathilde von Guise, an opera by Jan Nepomuk Hummel, who was born in Bratislava in 1778. The opera's libretto was written by a Frenchman, Emmanuel Mercier-Dupaty.

“Talented French and Slovak artists are participating in the creation of this new 'modern premiere,'” Talpain wrote.

Some of the soloists are Slovak and the others are French. They will be accompanied by Solamente Naturali, a Slovak orchestra from Bratislava that plays on period instruments, and a choir from France's Picardie region.

After three performances in France during its EU presidency, the piece will be added to the repertoire of the Slovak National Theatre in Bratislava during the 2009/2010 season .
Slovakia will also participate in one of the gala events at the conclusion of the French term in office. The Slovak Philharmonic Orchestra will perform under the baton of Claire Gibault, who is not only a well-known conductor but also a member of the European Parliament, at a Berlioz concert in Strasbourg on December 16.

In Bratislava, theatregoers can look forward to the renowned La Comédie Française ensemble, which will perform The Affected Young Ladies by Moliére and La Festa by Spiro Scimone on December 14 and 15.

Many events organised by the French Institute have become an inseparable part of the Slovak cultural scene.

"The International Francophone Film Festival in Bratislava is probably the institute's best known and most popular event among Slovaks,” Stankoviansky told The Slovak Spectator. “This year was its tenth.”

French actor Albert Delpy opened the 11-day festival on April 10 in Bratislava, bringing with him Two Days in Paris, a film directed by his daughter, Julie Delpy.

In total, the organisers prepared 50 feature films and other documentary and short films. The individual sections marked the festival's anniversary and the main section was titled the Ten Candles of the Festival. Two special sections introduced 10 Women Behind the Camera and 10 Faces of French Film.

Of the events the French Institute organised last year, Stankoviansky highlighted The Art of Tapestries, an exhibition organised at Bratislava Castle in cooperation with the Slovak National Museum, that displayed 24 tapestries from the Le Petit Palais museum in Paris. The tapestries were created in French and Belgian workshops in the 17th and 18th centuries based on paintings by French artists such as Charles Le Brun.

A recording of Hummel's best chamber works performed on historical pianos brought from Paris and Salzburg was another recent significant accomplishment by the French Institute. The international chamber orchestra consisted of almost 20 musicians from France, Germany, Italy, and others, with Solamente Naturali representing Slovakia.

Of the recent events, Stankoviansky mentioned a performance by Compagnie Josef Nadj from France during the 12th Bratislava in Movement festival of contemporary dance on June 9. His Journal d'un inconnu (The Unknown's Diary), inspired by his own diary and poems by Otto Tolnai, was one of the highlights of the event.

The institute also tries to contribute regularly to the Month of Photography festival, Bratislava Jazz Days, Melos Étos, and Bratislava Music Festival, and many others.

The institute uses its own space to host about 12 exhibitions annually by French and Slovak artists that address topics connected to France.

The gallery is currently showing Constructions and Relieves, an exhibition by French artists Jean Charasse and Robert Saint Cricq. The display, which runs until August 30, is part of the 13th Sculpture and Object, an in– and outdoor exhibition of sculptures.