ALMOST half of European Union citizens believe ethnic discrimination is the most common form of prejudice in their country, and that it is on the rise, according to the newest Eurobarometer survey. Homophobia is the second most frequent form of discrimination, respondents said. 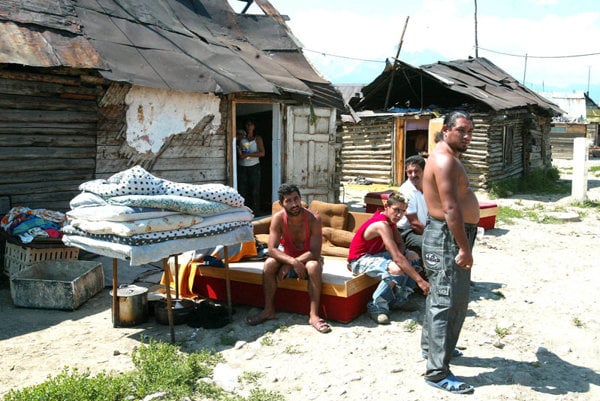 ALMOST half of European Union citizens believe ethnic discrimination is the most common form of prejudice in their country, and that it is on the rise, according to the newest Eurobarometer survey. Homophobia is the second most frequent form of discrimination, respondents said.

The survey's findings are especially worrying for the EU’s Roma community. In the Czech Republic and Italy, almost half of respondents (47 percent) reported having scuffled with their Roma neighbours. And 40 percent of Irish respondents said they view the Roma as “troublesome”.

The Eurobarometer is a regular series of opinion polls conducted in each European Union country that are analysed and published as a report by the European Commission.

The latest Eurobarometer asked respondents to identify the frequency of discrimination in their country and in which spheres it was most common.

In an interview with Euractiv.com, Vladimír Špidla, EU Commissioner for Employment, Social Affairs and Equal Opportunities, called the Roma “the forgotten people of Europe”.

According to Dušan Čaplovič, Slovakia’s deputy prime minister for ethnic minorities, much of the reason for the discrimination is that people draw on their negative experiences.


“Those who’ve had bad experiences believe that Roma cannot integrate and are troublesome, and then act this way,” Čaplovič told the public service Slovak Radio on July 3. “Especially when communicating with the public, we have much to improve to normalise relations between the minority and majority.”

On July 2, the EC issued a report stating that the exclusion of Roma from EU society “required a common answer”.

The report points out several tools the EU could use to aid integration and identifies the crucial fields as education, health care and equal opportunities.

On the issue of homophobia, 51 percent of respondents considered it a problem in their country.

The highest rates were in Italy, Greece, and Cyprus, where three quarters of people said they believe discrimination against homosexuals and bisexuals is common.

The lowest rate was in three of the newer EU states: the Czech Republic (27 percent), Slovakia (30 percent), and Estonia (32 percent).

A frequent reason for becoming the victim of discrimination or harassment is a lack of knowledge of anti-discrimination laws, the report concluded. On average, only one third of Europeans is aware of their rights. The best informed are the inhabitants of Finland (62 percent), Malta (49 percent), and Slovakia (46 percent), the survey showed.

The Eurobarometer's findings were similar to a recent poll by the Institute for Public Affairs (IVO), a non-governmental think tank, conducted in co-operation with other NGOs in Slovakia.


Oľga Gyárfášová, a social researcher at IVO, told The Slovak Spectator that the average Slovak does not grasp the essence of discrimination.

“Most understand it as any injustice that happens to them,” she said.

Gyárfášová continued that Slovaks do not consider discrimination an acute societal problem.

“In people’s minds, human rights or equal opportunity are a kind of ‘luxury’ we cannot afford yet,” she said.

The IVO poll found that Slovaks are most aware of age discrimination in the job market.


Gyárfášová said that the IVO poll showed Slovaks do not perceive the challenges facing the Roma community as being the result of discrimination.

“People feel that the Roma are given advantages in a way, that they have some separate rules that, paradoxically, put the majority population at a disadvantage,” Gyárfášová told The Slovak Spectator.

Just as disturbing is that in the 19 years that discrimination against the Roma has been monitored in Slovakia, analysts cannot identify significant improvement, Gyárfášová said.


“The social boycott of the Roma is really very high in Slovakia. And, furthermore, it has shown almost no change,” she observed.

Gyárfášová noted that prejudice against the Roma is deeply rooted, so society cannot give up the education campaign, even though the results will not show overnight.

It is vital to continue influencing people directly connected to the Roma community and to increase the community’s education level, Gyárfášová said.

“It is important for the Roma to be better represented in public positions and self-governing bodies, so that they can play more of a role in solving their problems,” she said.

Political analyst Miroslav Kusý agrees that the Roma are excluded from Slovak society.

“They have been marginalised to the fringes of social life,” he told The Slovak Spectator.


But Kusý noted that it is not enough to call for the Roma to become educated.

He said the non-Roma public should learn about Roma culture and traditions as well.

“They do differentiate between what kind of Roma they could be neighbours with, and I see a certain progress in that,” Orgovánová said.