Drivers can pay for parking via mobile

AS OF July 1st, drivers in Bratislava’s Old Town will be allowed to pay via text message from their mobile phones through a system call Project Mobile Phone, the SITA newswire wrote. 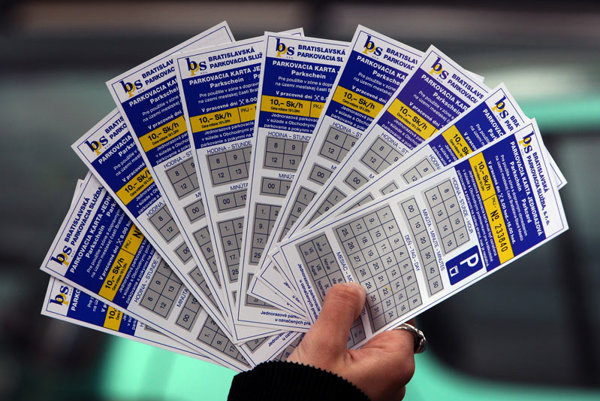 Drivers can pay for parking with scratch-cards or via mobiles. (Source: SME / PAVOL FUNTÁl)
Font size:A-|A+

AS OF July 1st, drivers in Bratislava’s Old Town will be allowed to pay via text message from their mobile phones through a system call Project Mobile Phone, the SITA newswire wrote.

“This service will be available in limited traffic zones, on space meant for short-time parking where it is necessary to use BPS single scratch-cards,” Peter Poloma of the Bratislava Parking Service (BPS) said.

The scratch-cards currently used will remain valid. The price for parking in both systems is Sk10 an hour, he added.

Emil Fitoš, a representative of the company Mpay which will operate the system, says that the Mobil Parking will be faster, safer and easier to use.

“Drivers can pay where they park,” Fitoš said. “They won’t have to buy parking cards. They can also pre-pay for the service, which actually will warn them when their time has expired.”

Anyone interested in using the Mobil Parking service must first register on the website www.m-parking.sk, and pre-pay “electronic” parking cards. When parking, the driver sends an SMS stating how much time is required in the space. The parking is considered paid the moment the user gets a confirmation SMS, then the due amount is subtracted from his account.

The project first began in Vienna in June 2006, with support the European Union. Eventually the project will connect the Bratislava system to Vienna's. Slovak drivers will be able to pay from their Slovak account for parking at certain areas in Vienna, and vice versa.