SLOVAKIA can now proceed with its plans for new nuclear power production, on condition that the country follows safety recommendations laid down by the European Commission in its opinion on the completion of two units at the Mochovce nuclear plant. 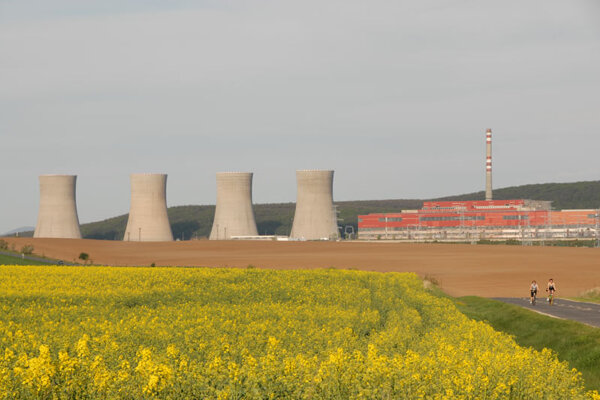 SLOVAKIA can now proceed with its plans for new nuclear power production, on condition that the country follows safety recommendations laid down by the European Commission in its opinion on the completion of two units at the Mochovce nuclear plant.

“Provided that the European Commission's recommendations are implemented, aspects of the investment in question are in line with the objectives of the Euratom Treaty,” reads the official stand of the commission released on July 15.

Slovak Prime Minister Robert Fico said that the commission’s opinion is positive and it does not burden the investor with obstacles impossible to overcome.

“It is manageable,” Fico told the press, adding that nothing now stands in the way of Slovakia immediately embarking on the completion of the two blocks at the Mochovce power plant.

The new power plant is expected to need an investment of €1.6 billion.

The commission said that though the project complies with Slovak regulations as well as international recommendations, the country still needs to adopt a set of additional measures since the “VVER 440/V213 reactors proposed by the investor do not have a full containment structure, which is used in the most recent construction of nuclear power plants planned or under way in Europe.”

The investor should secure an equivalent level of protection as that provided by a full containment structure, said the commission. The EC also recommended that the investor implement further strategies to allow the units to “withstand a potential deliberate impact from an external source such as a small aircraft" by allowing for this possibility in their design .

“The Commission will closely follow up on the development of the nuclear industrial activities related to the Mochovce investment project also in the future, notably its safety and security aspects,” reads the official release.

The Mochovce units will contain Russian-designed VVER 440/V213 pressurised-water reactors, each with a power generating capacity of 440 MW. The two units' total installed electrical power capacity will therefore be 880 MW, following their expected commissioning in 2012 and 2013.

State officials have been waiting for the EC's word on the new units for eleven months. In early June, local media reported that Fico had allegedly written to Brussels urging the commission to release its opinion on Mochovce and warning that otherwise Slovakia would have to consider 'other options'.

The Euratom Treaty requires any new nuclear projects and investments to be reported to the commission, which then releases its position on each project. However, there is no definite deadline for the adoption of the commission’s point of view as defined by the treaty.

Fico said that the conditions listed by the commission are for the investor in the nuclear power plant to fulfil. The investor is Slovakia's dominant power producer, Slovenské Elektrárne (SE), in which with the Italian group Enel holds a majority share .

SE was preparing its response to the EC opinion as The Slovak Spectator went to print.

“The government will give maximum support in this matter to Slovenské Elektrárne", Fico said, according to the public service Slovak Radio. “For us it was unacceptable not to complete Mochovce and at the same time to close down Jaslovské Bohunice.”

Fico has said several times this year that he would either seek a way to extend a deadline for the switch-off of the second reactor at Jaslovské Bohunice, in the Trnava Region, or press the European Commission to approve construction of the new reactors at Mochovce, which is in the Nitra Region.

However, the European Commission’s stand has been clear and uncompromising all along: the shut-down of the two reactor blocks comprising the V1 unit at Jaslovské Bohunice was part of Slovakia’s EU accession treaty and the 2008 deadline is not negotiable.

“Slovakia committed itself to the early definite closure for safety reasons of Bohunice V1 as early as in September 1999,” Marilyn Carruthers, of the European Commission, told The Slovak Spectator in a memo on July 4. “There is neither a legal basis nor grounds for derogation from this obligation to definitely close the reactors.”

The first of the V1’s two reactor blocks was shut down on December 31, 2006. The second reactor block should be shut down at the end of this year. A second power plant at the same site, the V2 unit, will remain in operation.

According to Carruthers, as part of the agreement, Slovakia is accessing significant financial assistance implemented through the “Bohunice International Decommissioning Support Fund,” which is managed by the European Bank for Reconstruction and Development and is provided to Slovakia in support of its efforts to decommission and to address the consequences of the closure of Bohunice V1 units, including the development of replacement capacity, said Carruthers.

Environmental watchdogs Greenpeace and For Mother Earth have expressed concern, saying that the European Commission has in fact approved an “outdated Soviet project” and that they do not see the calls for safety measures as sufficient.

“Since it is only a recommendation, which is not binding for the investor, it is in fact hypocritical towards all the inhabitants of Europe,” wrote Pavol Široký of the organisation For Mother Earth and Jozef Križan of the civil association Energy of the Third Millennium in their memo.

Karel Polanecký, of Greenpeace, told The Slovak Spectator that what the country needs is a full and in-depth Environment Impact Assessment (EIA).

Greenpeace and For Mother Earth have filed a complaint with the Supreme Court against what they called “the lack of action on the part of the Nuclear Supervision Office.” The groups also said that the main problem is the fact that Enel plans to build the units according to a 1986 construction licence.

“There has not been a standard review of the impacts on the environment based on an EIA,” Polanecký told The Slovak Spectator on July 2. “Due to the absence of an EIA process, the public has not been involved in the process.”