The Norwegian fight for equality

SHE SAYS a country’s culture is not the only explanation for gender equality, or the lack of it, and believes that all cultures and countries have a bad track record in the area. She is Brit Lovseth the Norwegian ambassador to Slovakia. However, Norway has made tremendous progress in gender equality, she says. The Slovak Spectator spoke to Lovseth about Norway as an academic destination for students, its efforts to preserve cultural heritage and the ways in which the country has been helping the European Union become more eco-friendly, even though it is not an EU member. 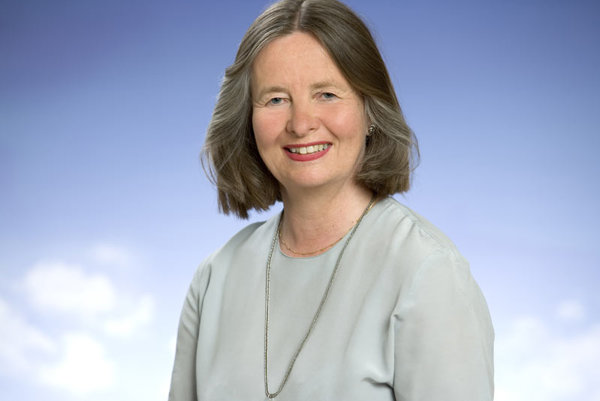 SHE SAYS a country’s culture is not the only explanation for gender equality, or the lack of it, and believes that all cultures and countries have a bad track record in the area. She is Brit Lovseth the Norwegian ambassador to Slovakia. However, Norway has made tremendous progress in gender equality, she says. The Slovak Spectator spoke to Lovseth about Norway as an academic destination for students, its efforts to preserve cultural heritage and the ways in which the country has been helping the European Union become more eco-friendly, even though it is not an EU member.

The Slovak Spectator (TSS): Norway is among the world’s leaders in hydropower and eco-friendly energy and has been very involved in innovative approaches to energy effectiveness and energy safety. Slovakia is now facing some pressing challenges in the area of energy safety. Could Slovakia learn from Norway’s experience? Is there any cooperation between Slovakia and Norway in this area? Do you see any potential for such cooperation?

Brit Lovseth (BL): Hydropower was one of the most important factors in Norway’s industrial development, and it is still the country’s main source of electricity production. There is, however, not room for new large developments of hydropower in my country. Other fields where we are experienced are in the production of solar technology (silicon-based wafers and panels) and withioffshore windmills.

We are also focusing on technology to reduce CO2 emissions, through so-called Carbon Capture and Storage (CCS), and energy efficiency. Within the latter field, cooperation has developed between the Slovak Technical University in Bratislava and a Norwegian company called ENSI. This project is financed by EEA Grants. Other projects, for example within biomass and geo-thermal energy, are also financed by these grants.

TSS: Norway, Liechtenstein and Iceland have been helping the new members of the EU to become more environmentally conscious and seek solutions to environmental challenges. One specific example of this support is the assistance for the village of Nižný Slavkov. Could you tell us more about this initiative?

BL: You are referring to the EEA Grants, through which Norway, Iceland and Liechtenstein contribute €70 million over five years. More than 95 percent of this comes from Norway. Sustainable development and protection of the environment are priorities under the grants. I have visited the project you mentioned, and I was happy to see how the grants contributed to the development of the small town of Nižný Slavkov.

The town’s flood protection project was the result of a local initiative and shows how a village in a remote part of Slovakia can succeed if it has a good idea and manages to develop a good project.

TSS: Norway has also been active in projects aimed at preserving European cultural heritage. In post-communist countries, the argument is often that due to a lack of public finance the states cannot invest enough in the preservation of their cultural and historical monuments. What could Slovakia learn from Norway in this area? Is Norway involved in any projects of this nature in Slovakia?

BL: The reason for this priority is that there are few available international resources in this field. In Slovakia and neighbouring countries, there are innumerable treasures that need restoration. Your cultural heritage, be it castles, historic towns or wooden churches, is impressive.

There is some cooperation between institutions, but the main part of our contribution is financial, through the EEA Grants. Besides wooden churches, there are not that many similarities between Norwegian and Slovak cultural heritage.

TSS: Norway has developed a strong tradition of gender equality, which has led to a high rate of female employment and participation in public life. Slovakia still has a long way to go when it comes to the participation of women in politics, for example. How has Norway managed to achieve such a high standard in gender equality? Is it cultural or rather the implementation of the right legislation?

BL: A country’s culture is not the only explanation for gender equality, or the lack of it. All cultures and countries have a bad track record in this area. Norway and other countries have done a tremendous amount of work to reach where we are, but there is still much to achieve.

For instance, the labour market is still an uneven playing field. One of the results we are most proud of in Norway is our generous system for parental leave (44 weeks with a full salary or 54 weeks with 80 percent salary). Six of the weeks are reserved for the father. This generous system makes it possible for Norwegian women to both build a career and establish a family.

TSS: What aspects of Slovak culture could be interesting for Norwegians? What have been the most notable cultural projects that your embassy has been involved in?

BL: There are many interesting aspects of Slovak culture, and therefore it’s hard for me to pick just one. But if we look at similarities between Norway and Slovakia, there is one obvious example: both countries have a scattered population and vital mountain regions. As a result, nature has a central role in both countries’ culture.

The embassy has had several cultural activities since it was established in 2004, such as interesting exhibitions in art and architecture, participation in the Socha a Objekt [art exhibition] three years in a row, visits from contemporary Norwegian authors, celebrations of the Ibsen Year 2006, film festivals, and concerts.

TSS: Has the potential for tourism between Slovakia and Norway been fully explored? Is Slovakia on the map at all for Norwegian tourists, and vice versa?

BL: I’ve observed a growing number of tourists from Norway in Slovakia. Bratislava is the most popular place, often in combination with cruises on the Danube. The potential for Norwegian tourism to visit other parts of Slovakia has not been fully explored.

My impression is that there are a growing number of Slovaks going to Norway as well, even though this is often connected to certain niches, such as nature (fjords, mountains, fishing). With Slovaks’ interest in fishing, I believe there is untapped potential.

TSS: How will Slovakia’s entry into the eurozone affect business relations with Norway?

BL: Norway is not an EU member, and not a member of the eurozone, so Slovakia’s entry to the eurozone will not have a huge impact on our bilateral relations. It will, however, reduce the risks for companies, especially those already operating within the eurozone.

TSS: According to the Global Peace Index (GPI), which is compiled by the Economist Intelligence Unit, which used a broad range of 24 indicators measuring both the internal and external peacefulness of nations, Norway is among the three most peaceful nations in the world. How has Norway, in your opinion, achieved such a good ranking?

BL: There are several reasons. Norway has never attacked another country in modern history. The last time we were attacked was in 1940, during World War II (we were neutral during World War I). Active participation in global peace has been an important part of Norwegian foreign policy for the last 15 years. The Middle East, the Philippines, Sri Lanka, Guatemala and the Balkans are some countries/regions where we have been active. In addition, the Nobel Peace Prize is awarded in Oslo each December.

Norway is a member of NATO, and we take upon ourselves all the responsibilities this entails. We are, however, also an active partner in disarmament processes, such as the recently negotiated ban on cluster munitions.

TSS: The Norwegian government is offering, through the Research Council of Norway, scholarships to support a temporary stay for foreign students in Norway, for up to one academic year. Is Norway a favourite destination for foreign students? Which academic areas are the most prestigious? Is there any intense academic cooperation between some Slovak academic institutions and Norwegian universities?

TSS: Norway is an increasingly interesting destination for students. A recent university reform has made Norwegian educational institutions more international. The scholarships from the Research Council are a good tool for financing such studies.

In addition, there are many Norwegian medical students in Slovakia, both in Martin and Bratislava, whose studies are financed by the Norwegian state.

Non-EU country.
It has one of the most rugged and longest coastlines in the world. Norway has been saving its oil-and-gas-boosted budget surpluses in a Government Petroleum Fund, which is now valued at more than $250 billion.