JOINING the European Union in 2004 brought Slovakia into the European Economic Area (EEA) as well. Membership in the EEA opened new opportunities for grants from three EEA countries not in the EU - 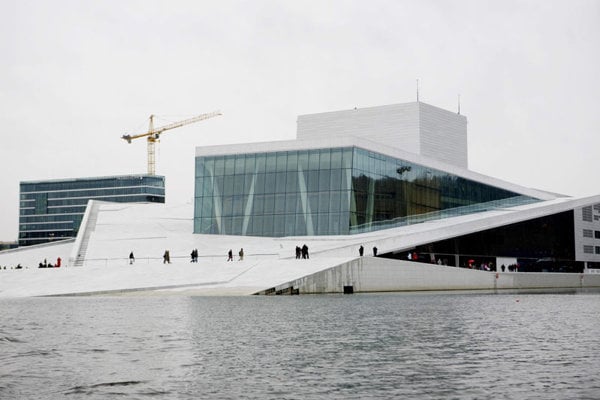 JOINING the European Union in 2004 brought Slovakia into the European Economic Area (EEA) as well. Membership in the EEA opened new opportunities for grants from three EEA countries not in the EU -

Many mutual cooperation projects between Slovakia and Norway are financed by EEA Grants.
“EEA Grants focus on supporting sustainable development, energy, and research, among other fields,” said Kjetil Kober, First Secretary of the Norwegian Embassy in Slovakia.

Statistics on mutual foreign trade between Slovakia and Norway show that there is a steady increase in both Norwegian imports from and exports to Slovakia.

However, imports of Slovak goods to Norway exceed the exports of Norwegian goods to Slovakia.

In 2006, Norwegian imports from Slovakia totalled Sk3.16 billion and Norwegian exports to Slovakia amounted to Sk1.48 billion. The largest amount of imports were telecommunication equipment, electrical machinery, paper, furniture and footwear, said Kober. On the export side there were iron and steel, scientific and technical equipment, paper and electric machinery.

The Norwegian Embassy is experiencing an increased interest in Slovakia among Norwegian business circles.

One of the major Norwegian investments in Slovak companies is Norsk Hydro Aluminium’s 55.3-percent share in Slovalco, an aluminium smelter in Žiar nad Hronom.