Norway raises its profile in Bratislava

NORWAY might seem far from Slovakia, but there is a lot of common ground between the countries. “One important link is the focus on nature,” Kjetil Kober, the First Secretary of the Norwegian Embassy in Bratislava, told The Slovak Spectator. 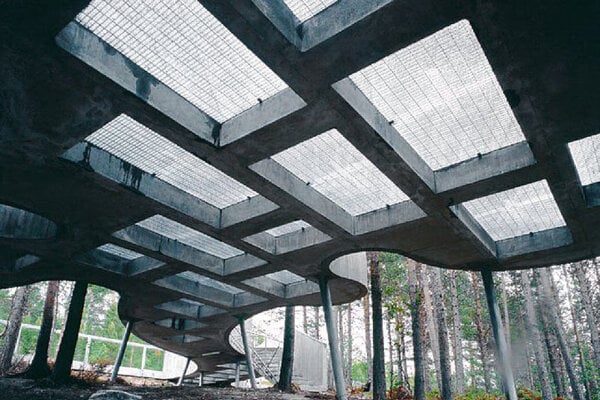 This platform brings tourists through the pine forest and out to a stunning panorama over Atnsjoen and the Rondane mountains. (Source: Courtesy of Design Factory)
Font size:A-|A+

NORWAY might seem far from Slovakia, but there is a lot of common ground between the countries. “One important link is the focus on nature,” Kjetil Kober, the First Secretary of the Norwegian Embassy in Bratislava, told The Slovak Spectator.

In fact, nature and architecture are the themes of an exhibition about Norway opening in the Design Factory art gallery in Bratislava in November.

“After last year’s very successful exhibition, Contemporary Norwegian Architecture, we have decided to host another original project from this country,” Lea Hurbanová of the Design Factory told The Slovak Spectator.

Entitled Detour, it is a travelling exhibition that takes visitors on a visual trip through Norwegian landscapes where travel routes have been combined with modern design and architecture.

The display shows that rest areas, viewing platforms, and service points can be innovative and interesting and how bold concepts and high quality workmanship have added a new dimension to Norway’s natural landscape, Hurbanová said.

Detour will make a stop in Bratislava from November 13 to December 4.

But Bratislavans do not need to wait until November to see Norwegian art. On August 14, the Slovak Union of Visual Arts will open a Slovak-Norwegian contemporary art exhibition.

“Contact, as the exhibition is called, will present work by nine Norwegian and 14 Slovak artists,” Denisa Rakoský of the Slovak Union of Visual Arts and one of the exhibition’s curators, told The Slovak Spectator.

Contact began as a joint project with the Association Graphica Norvegica from Oslo, which is, like the Slovak Union of Visual Arts, a member of the International Association of Art UNESCO.
“The display is the result of two or three years of collaboration,” Rakoský told The Slovak Spectator.

It will present contemporary Norwegian and Slovak artists of all generations. The curators selected communicative works that create a compact exhibition ranging from paintings, graphic art and sculptures, to site installations and video art.

The exhibition at Dostojevského 2 will run until September 11.

Afterwards, the exhibition will be re-installed in the City Hall Gallery in Oslo in March 2009.

As well as nature and art, there are similarities between Norwegian and Slovak cultural heritage.

“Both countries have wooden churches,” said Kober of the Norwegian Embassy.

On July 7, eight Slovak wooden churches built between the 16th and 18th centuries were added to the UNESCO World Heritage List. One of them, the Protestant Church in Hronsek, is the only wooden church in the country that was undoubtedly influenced by Scandinavian wooden buildings.

The identifying details are the arrangement of the church’s columns, the roofs over the stairs, and the beam connections.

Art historians don’t know how this architectural expertise arrived in Hronsek, according to texts about the church.