THE OLDEST bridge over the Danube in Bratislava is to get a completely new design. Since it no longer complies with requirements for river navigation, the Bratislava City Council wants to rebuild it, and the city’s residents are being offered the chance to vote on its new look. 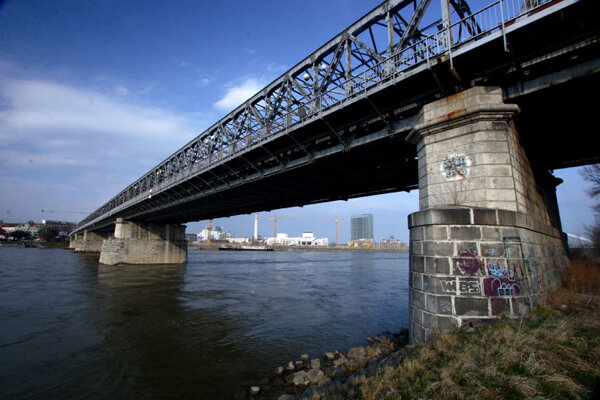 THE OLDEST bridge over the Danube in Bratislava is to get a completely new design. Since it no longer complies with requirements for river navigation, the Bratislava City Council wants to rebuild it, and the city’s residents are being offered the chance to vote on its new look.

After reconstruction costing Sk1 billion (more than €33 million), it should be available for use by pedestrians and motorists, as well as supporting a new tram line. But some are opposed to the way the council is going about reconstructing the capital’s oldest existing bridge, the ČTK newswire wrote.

“It will be necessary to completely rebuild the bridge, and the winner of the tender has prepared several variants of [the plans,” Bratislava Mayor Andrej Ďurkovský told journalists on July 9.

One of the designs is based on the current look of the bridge; the other two would mean a complete change in the skyline of the capital.

Residents can see them on the city’s website, www.bratislava.sk, and can vote via text message, on the internet, or by calling an audio-text number.

The city says it is not possible to preserve the bridge in its current form. The Danube Commission requires the bridge to be raised by 1.4 metres, to prevent ships from being stuck under it when the level of the Danube rises.

Because of construction on the river in neighbouring Austria it is necessary to lower the river bed and deepen the pillars of the bridge by two to four metres.

The bridge’s pillars should be 100m apart, but the widest span is currently just 84 metres. And the steel from which the bridge is constructed is not suitable, according to the city council. According to Ďurkovský, the city gave up on its original plan to close the bridge to road traffic since 1,000 cars pass over it each hour.

Critical voices have been raised against the removal of the Old Bridge, which dates from the 19th century, from the city’s map.

“In Bratislava, we are seeing a repeat of the 1970s, when old Pressburg’s inhabitants suffered from the city council’s decisions,” said Roman Futo, of the non-parliamentary political party Slobodné Fórum. “Back then, Bratislava lost invaluable cultural monuments and now it’s losing one of its symbols.”

During reconstruction, which should take until 2010, the bridge will be closed. As a result of the work the bridge, whose name will not change, should last for about 150 years.

Bratislava has five bridges, used by about 250,000 cars each day. The newest is the Apollo Bridge, which cost more than Sk4 billion and was opened in September 2005.

The Old Bridge was built between 1889 and 1890. Originally it was named after Emperor FranzJoseph.

After World War I, it was renamed Štefánik’s Bridge. After it was blown up in 1945 by German forces, the Red Army built a provisional new bridge on the old pillars, after which it was named The Bridge of the Red Army.

After the fall of the communist regime, when place names connected to the totalitarian regime were changed, its present name, by which it was widely known colloquially, was made official.