SO-CALLED ‘manipulators’ may face tough times ahead in Slovakia. The country’s Justice Ministry is now proposing to imprison salespeople who use ‘unfair’ psychological manipulation to sell their products while targeting the most vulnerable groups. 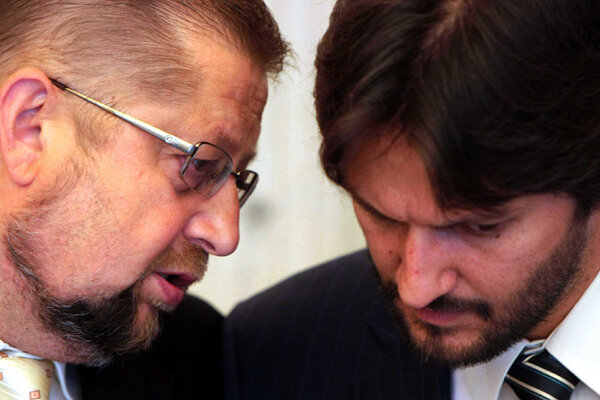 SO-CALLED ‘manipulators’ may face tough times ahead in Slovakia. The country’s Justice Ministry is now proposing to imprison salespeople who use ‘unfair’ psychological manipulation to sell their products while targeting the most vulnerable groups.

But while merchants’ organisations agree that businesses using unfair methods need restraining, lawyers warn that defining criminal psychological manipulation of a customer might be tricky.

For repeated ‘murky’ business practices, such as fake prizes and competitions, made-up bonuses that are never paid, wins that are never delivered, or products wrongly marked as ‘free of charge’, merchants might face between six months and three years behind bars, according to the Justice Ministry.

“Fraudsters with different presentations and amazing offers, psychological manipulation, all this is forcing customers to make their decision in a very short time,” said Justice Minister Štefan Harabin, in a memo sent out by the ministry’s press department. “They manage to manipulate many inexperienced and trusting citizens and they gain advance payments amounting to thousands of crowns. Such practices cannot remain unpunished.”

Anna Vitteková, the state secretary of the Justice Ministry, described to the public service TV station STV a ‘murky, aggressive practice’ as being when a salesman comes to a customer’s door offering goods and does not want to leave the room.

She also listed different trips linked to selling products as falling into this category.
The legislative council of the government will discuss the law in August , said the ministry.

A trade practice is considered murky if the consumer makes a decision that he or she would not have made otherwise because the information that they received was untrue, incorrect or in any other way misled the consumer, according to the current law on protection of consumers.

Merchant and trade organisations such as the Slovak Trade Association said that they have always rejected these practices, and that the current legislation on consumer protection provides sufficient protection.

“A fine of two to 10 million crowns should be enough not to adopt further laws,” Pavol Konštiak, president of the Slovak Trade Association, told STV.

Nor does lawyer Marek Benedik see such legislation as necessary.

“We have already defined deception of the consumer as a crime, which happens when, for example, a merchant cheats while measuring out goods,” Benedik told The Slovak Spectator.

According to Benedik, the definition of “psychological manipulation” is problematic because in practice it is difficult to differentiate between the skill of a salesman or the effectiveness of a marketing activity, which is a type of manipulation itself, and murky practices.

“What is psychological manipulation?” Benedik said. “The act itself is very vague.”

It will be very difficult to distinguish between regular and acceptable marketing tactics, for instance in a very sophisticated promotion, and manipulation, he added.

Lawyers agree that Slovakia currently has effective enough legislation to protect the consumer, which is fully compatible with EU legislation.

Any harmed consumer has the right to turn to the courts or file a complaint with the Slovak Trade Inspection, said Benedik.

“There is a system of legal sanctions, fines and measures for correction,” Benedik told The Slovak Spectator. “These fines are high enough.”

The Slovak Trade Inspection is a specialised organisation dedicated to protecting the consumer, Benedik said.

“We have here a whole line of sanctions so it does not make sense to me why Slovakia needs to define another crime,” he added.

The Slovak Trade Inspection has the power to impose fines as high as Sk10 million if a product or practice has caused serious damage to the consumer.

According to Benedik, one needs to appreciate that many marketing tactics which in the past were banned or considered unacceptable are today standard and no one now really stops to question them.

“The consumer develops, and gains some resistance,” said Benedik.

According to Benedik, imprisonment should come only after all other available means have been used.

However, in the case of consumer protection there are a number of other sanctions that can still be used.