A NEW educational walking path has been opened for visitors to the Poloniny National Park. Called Osadné-Balnica, it is 2,200 metres long and features an elevation difference of 300 metres and ten stops. 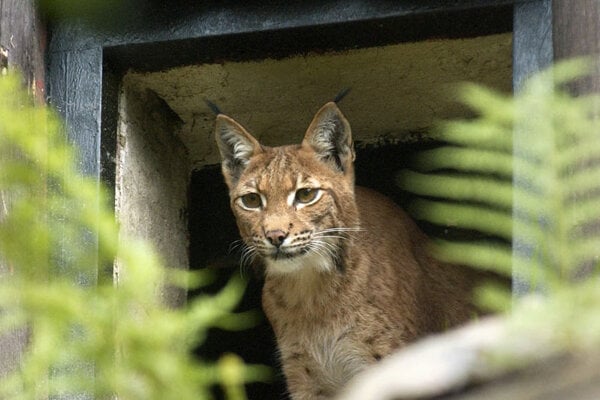 A NEW educational walking path has been opened for visitors to the Poloniny National Park.
Called Osadné-Balnica, it is 2,200 metres long and features an elevation difference of 300 metres and ten stops.

The path crosses the Udava natural reservation, which was chosen for listing on UNESCO’s world natural heritage list last year for its untouched Carpathian beech forests.

Also of interest is the international dimension of the project. It is the first international forest educational path on which Slovak and Polish foresters have co-operated.

From Balnica, it will continue on Polish territory to Solinka.

The Slovak section of the route is marked with yellow hikers mark, and it can be traversed in less than two hours.

It starts in the village of Osadné and leads hikers to the ridge of the Beskydy mountains, where the borders of Slovakia and Poland meet.

Hikers should therefore carry an ID card or passport.

Natural history fans will find information boards in Slovak, Polish, and English on the educational path.

Anita Fáková, a spokesperson for the Lesy SR state forest company, said the forest is beech and the trees are 15 to 155 years old.

Most notable is a huge fir, 48 metres tall and with a diameter of more than a metre.
The forest is home to deer, boars, brown bear, lynx, bats, and about 75 species of birds, of which the most precious are rare species of eagles, black storks, and white-backed woodpeckers.
On their way, visitors can also learn about the area’s history.

In the village of Osadné, in the crypt of the Orthodox Church, there is a unique ossuary with the remains of more than one thousand soldiers from the First World War.

Not far away are the ruins of Čičava Castle and the Domaša reservoir.

The Polish part of the Balnica-Solinka path is scheduled to be built next year.

One attraction will be the Beskydy Forest Narrow-Gauge Railway, which was started in the Austro-Hungarian Empire in 1898, and is now a renowned seasonal attraction for tourists.