IF CREDIT ratings were a race, Slovakia now could be dubbed the champion of the Visegrad Four after rating agency Moody's changed the outlook on Slovakia’s foreign and local currency bond ratings from stable to positive.Moody's has also upgraded Slovakia's foreign currency debt and deposit ceilings to Aaa, a move which puts the country's foreign currency ceilings on a par with those of the eurozone, according to a Moody’s release. 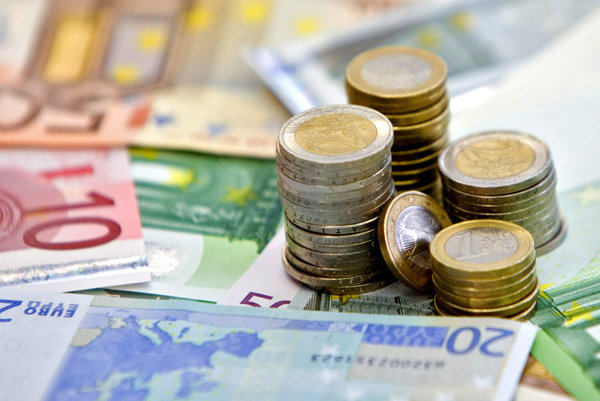 IF CREDIT ratings were a race, Slovakia now could be dubbed the champion of the Visegrad Four after rating agency Moody's changed the outlook on Slovakia’s foreign and local currency bond ratings from stable to positive.Moody's has also upgraded Slovakia's foreign currency debt and deposit ceilings to Aaa, a move which puts the country's foreign currency ceilings on a par with those of the eurozone, according to a Moody’s release.

Slovakia now has higher credit ratings from the trio of major rating agencies - Moody’s, Standard & Poor’s and Fitch – than the Czech Republic, Poland or Hungary.

Both Moody’s and market watchers said that Slovakia’s improved rating should be attributed to the recent decision by the EU’s Economic and Financial Affairs Council to allow the country to join the European Monetary Union (EMU) in January 2009.

According to Moody’s, the government made the country’s fast-track EMU accession a priority and managed to fulfill the Maastricht criteria, though inflation was tamed mainly with help from a strong exchange rate.

"Still, Moody's expects the upcoming adoption of the euro to be a net positive for Slovakia," said Moody's vice president, Dietmar Hornung, as quoted by the SITA newswire. "EMU accession will help to shield Slovakia from potential external financial shocks by eliminating the risk of a balance of payments crisis, which is an important consideration for a small open economy."
Hornung said that the positive outlook takes into account structural economic improvements arising from free-market reforms and sound macroeconomic policies, along with robust economic growth and favourable public debt dynamics.

Moody’s also noted that Slovakia is relatively free of the macroeconomic distortions seen in many other countries in the region.

The Finance Ministry welcomed the Moody’s move, interpreting it as confirmation that Slovakia’s economy is on the right track. Market watchers said that the ratings upgrade will add to the attractiveness of the country in the eyes of foreign investors.

“The rating in fact means an increase in the ability of the government to pay off its obligations, thus reducing the risk charges,” Valachy told The Slovak Spectator. “At the same time, the opportunity for private companies to achieve better ratings will improve as well.”

Zuzana Holeščáková, an analyst with Poštová Banka, said that the outlook change is another international achievement for Slovakia after the recent move by Fitch, which upgraded the long-term foreign currency issuer default rating from 'A' to 'A+' with a stable outlook.

While Moody’s and Fitch have reacted to Slovakia’s accession to the eurozone, Standard & Poor’s (S&P) said that the policies of the government of Robert Fico are not transparent enough for the agency to immediately increase its rating for Slovakia.

Slovakia’s political heading must be much clearer, said S&P analyst Eileen Zhang, as quoted by the Reuters newswire. She also said that there is a risk that the country’s accession to the eurozone might lead to an easing of fiscal policies.

VÚB Bank senior analyst Martin Lenko told The Slovak Spectator that Slovakia receiving the best ratings in the region is significant for the country’s reputation, putting it among the developed countries of the European Union in the eyes of investors.

“Investors could in the near future look at the economies of the V4 region without Slovakia, which means that the Central and East European region will in the eyes of the investors include the Czech Republic, Poland and Hungary, who will obviously be joined by Romania and Bulgaria after a certain time,” Lenko said.

Holeščáková said that Slovakia’s ratings in the region are comparable to the rating of the Czech Republic from all three major rating agencies, with the country gaining an edge thanks to the positive outlook for long-term foreign currency rating from the S&P agency.

“Slovakia’s lead among the V4 countries could be a positive signal to foreign investors when the credibility of the countries in the region is compared,” Holeščáková added.

As for the further development of the country’s ratings, market watchers say that it all depends on how the country performs in closely watched fundamentals.

“Rating agencies will carefully watch the development and management of public finances and their impact on inflation,” Lenko told The Slovak Spectator. “If the future steps and consolidation efforts of the Slovak government convince the agencies that the risks of a possible easing in fiscal discipline really are falling, a revision of the country’s own rating cannot be ruled out.”

According to Valachy, the Moody’s upgrade increases the chance that Slovakia’s rating will be upgraded within one or one and half years, though he agrees with his colleagues that the move will depend on how governmental finances and inflation develop.

However, Holeščáková also said that relatively low GDP per capita might be one thing standing in the way of a further upgrade of the country’s rating.

In terms of GDP per capita expressed in purchasing power parity (the most-used tool for measuring the living standard of a country) Slovakia, according to preliminary results for 2007, had reached the level of 69 percent of the EU average, which ranks the country among those with weaker results despite it having the fastest economic growth in 2007, Holeščáková said.

By comparison, among the Visegrad 4 countries the Czech Republic had reached 82 percent of the EU average while Hungary was at 63 percent and Poland at only 54 percent. Slovakia will enter the eurozone as its 16th - and currently poorest - member.