INDIA and the former Czechoslovakia used to enjoy strong economic links. But after the 1993 separation of the Czech Republic and Slovakia, trade and business links faded.Economic relations between India and Slovakia are now gradually being renewed with the signing of several inter-governmental agreements and the organising of formal business missions. However, there is still plenty of room for further practical cooperation between Slovak and Indian businessmen. 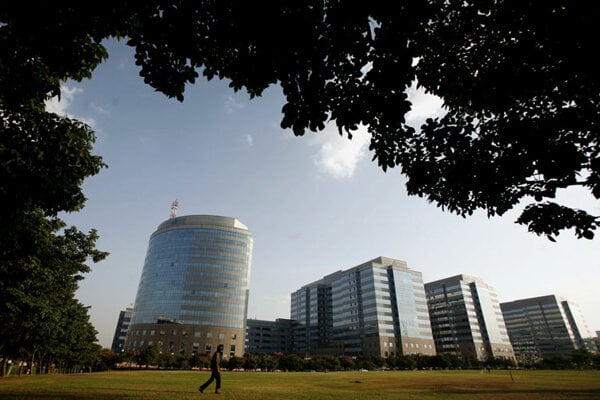 INDIA and the former Czechoslovakia used to enjoy strong economic links. But after the 1993 separation of the Czech Republic and Slovakia, trade and business links faded.Economic relations between India and Slovakia are now gradually being renewed with the signing of several inter-governmental agreements and the organising of formal business missions. However, there is still plenty of room for further practical cooperation between Slovak and Indian businessmen.

“The former Czechoslovakia ranked third among India’s trade partners in eastern Europe,” R.K. Puri, the first secretary of the Indian Embassy in Bratislava, told The Slovak Spectator. “But, unfortunately, in the period after Slovakia emerged as an independent state overall Indo-Slovak trade declined.”

Slovakia was then occupied with the process of stabilisation and the Indian market was not very familiar to Slovak businessmen. This led to relatively low levels of economic interaction, he added.

“But more recently, with both countries enjoying high rates of growth, the potential on both sides is obvious and is being explored,” Puri said.

At the governmental level, the Indo-Slovak Joint Committee for Economic and Commercial Cooperation established in 1994 meets periodically to review progress in economic cooperation between the two countries. Six meetings have been held so far.

“At its 6th meeting in India in November 2006 the entire gamut of trade relations between the two countries was reviewed,” Puri said.

At the end of the meeting a protocol was signed which identified measures to increase bilateral trade in areas like pharmaceuticals, chemicals and petrochemicals, textiles and defined programmes for cooperation in forestry, science and technology, energy, information technology, agriculture and defence.

“Ultimately, however, [it is] businessmen and investors who conduct business, and increase in trade is the real barometer of potential,” he added.

The agreement gave foundations to the creation of the Indo-Slovak Joint Business Council (JBC). The JBC has so far held five sessions, according to Puri.

To explore business opportunities more the Confederation of Indian Industry, organised an ‘Enterprise India’ trade exhibition in Bratislava in September and October 2005 with the participation of about 35 entrepreneurs from India.

A five-member delegation from the Pharmaceutical Export Promotion Council visited Slovakia in July 2006 to explore opportunities in the Slovak market.

Also, a Joint Business and Investment Forum was organised in New Delhi in November 2006 and a forthcoming meeting is to be organised in Bratislava in 2008.

There are a handful of Indian investments in Slovakia.

ArcelorMittal employs 600 people at OFZ, a metallurgical plant in the Orava region that it acquired in 2007.

A London-based group called Vectra Ltd., owned by a non-resident Indian, has invested about US$15 million in a Slovak company which manufactures axles for heavy-duty trucks made by BEML, an Indian Company in Bangalore, said Puri.

And the S.K. Birla Group in India has entered into a joint venture agreement with a Slovak company to manufacture capacitor films in India. “But the involvement so far has been limited and we hope the situation will change as both sides are seeing the potential in each other’s markets,” Puri said.