THE DEVELOPING relationship between India and Slovakia has shown that two countries far away from each other geographically can still form a close connection.Any cultural event in Slovakia that involves Indian artists attracts a packed audience. Indian dancing is the art form most often performed here. 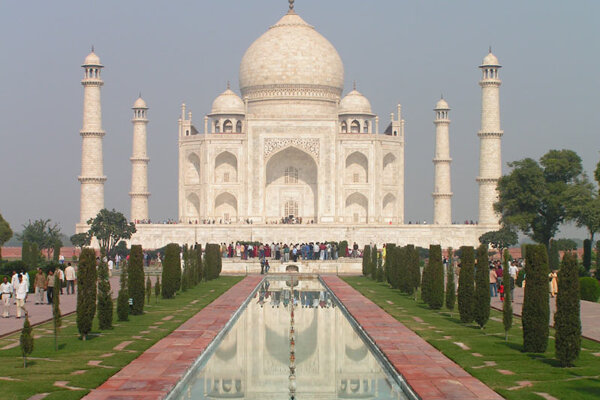 Sights such as the Taj Mahal have made India an interesting destination for Slovak tourists as well. (Source: Beata Balogová)
Font size:A-|A+

THE DEVELOPING relationship between India and Slovakia has shown that two countries far away from each other geographically can still form a close connection.Any cultural event in Slovakia that involves Indian artists attracts a packed audience. Indian dancing is the art form most often performed here.

“Both India and Slovakia have a rich cultural heritage and music and dance have always formed part of it,” R.O. Sunil Babu from the Indian Embassy in Bratislava, told The Slovak Spectator.
The Indian Council for Cultural Relations (ICCR) sponsors performances by Indian classical dance troupes, musicians and folk dancers in Slovakia.

“The audience was very appreciative,” Omcherry Bhalla told the press after a performance in Banská Bystrica last March. “I did not expect such an emotional response.”
She had performed Mohiniyattam, a style from Kerala, in southern India, that exudes grace and elegance.

The cooperation between countries goes both ways. The Štúdio Tanca dance troupe from Banská Bystrica performed in India in December 2007 to rave reviews, Sunil Babu said.

The troupe was the first professional ensemble from Slovakia to perform contemporary dance. More than 2,000 spectators in total came to its shows, Night Peace and Touch the Dance, in the cities of

“We are proud to say that despite the different mentality and culture, the audiences’ response to our performances were excellent,” the troupe wrote on its website. “Dance is truly an international language.”

“We need to have more such exchanges, as it is through such interaction that people of both countries better understand each other,” Sunil Babu told The Slovak Spectator. “The Slovak people appreciate the vibrant dance and music, both classical and folk, that form a part of Indian culture just as Indians appreciate the rich dance and music traditions of Slovakia.

“In addition, the Indian Embassy has been able to bring folk dance troupes to participate in Slovak folk festivals. All these performances have been well received.”

Slovaks have shown that they also like to learn Indian dances. Bratislava alone has more than 10 groups of girls and women learning oriental dance styles. Their annual shows include modern Bollywood dances.

Despite Bollywood, which releases more films than any other industry in the world, Indian film remains unknown in Slovakia.

So the Indian Embassy, in collaboration with the Slovak Film Institute, organised the Days of Indian Film in May 2007.

“The response was tremendous,” Sunil Babu told The Slovak Spectator.

The festival showed six films from various periods of Indian cinematography, mostly Bollywood. The genres ranged from the thought-provoking, for more demanding audiences, to blustery blockbusters full of emotion, dancing and singing.

These days, the embassy is organising an exhibition of paintings by contemporary Indian painters for next year. It is also planning performances by select Indian dancers and musicians.

India and Slovakia also have a Cultural Exchange Programme, which provides the framework for cultural activities in each other’s countries.

“In partnership with the Slovak Ministry of Culture, we are able to provide the Slovak people with a glimpse of Indian culture,” Sunil Babu said.