A hard nut to crack

PRIME Minister Robert Fico declared during his official visit to China last year that his government would do its best to decrease Slovakia’s foreign trade deficit with China.But while some Slovak businesses have found their niche in China, many more are still searching for a stable position. As well as strong competition in the Chinese market, companies face a non-transparent business environment, trade barriers and bureaucracy, according to the Slovak Embassy in Beijing. 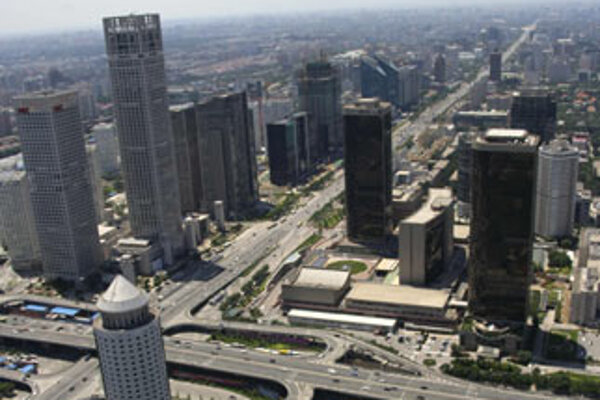 PRIME Minister Robert Fico declared during his official visit to China last year that his government would do its best to decrease Slovakia’s foreign trade deficit with China.But while some Slovak businesses have found their niche in China, many more are still searching for a stable position. As well as strong competition in the Chinese market, companies face a non-transparent business environment, trade barriers and bureaucracy, according to the Slovak Embassy in Beijing.

“Economic reform and fast economic development haven’t stemmed bureaucracy and corruption,” the embassy writes on its website. “Corruption is still a substantial cost and risk item during procurement.”

China’s accession to the World Trade Organization has brought about a number of positive developments in its trade policy, the embassy states. It notes that trade has been significantly liberalised, structural reforms are ongoing, and direct government involvement in economics has been limited, but concludes that the Chinese economy is still not open enough.

“Foreign companies have limited access to the market because China makes foreign companies operating inside its borders fulfil high export demands, and copyrights and patents are still not respected,” the embassy writes.

Investors should remain watchful so that China continues to build a stable, transparent and predictable legal environment, without which it is impossible to develop long-term cooperation in foreign trade, the embassy states.

The embassy recommends that Slovak companies seek opportunities in industries such as machinery, chemicals, pharmaceuticals, energy, and food.

The chemical industry expects demand for chemicals used in food processing and in the car and electro-technical industries, the embassy states. Although China is the world’s third largest producer of fertilisers, it is not self-sufficient and it still needs to import about 20 million tonnes annually.

The Chinese pharmaceutical industry is experiencing a demand for antibiotics. “The market for cardiovascular and gastrointestinal medicine is also expanding,” the embassy states.

Animal and plant oils, fats, dairy products, and wine are products that Slovak exporters could use to enter the Chinese food industry.

China is among the top five on the list of countries with which Slovakia has a negative trade balance.

In 2007, Slovakia’s trade deficit with China was Sk63.8 billion – its third highest with another country.

Imports from China amounted to Sk74.7 billion, which was a 46.2 percent increase year-on-year.

“The real volume of exports from Slovakia to China is actually higher than official statistics show,” the embassy said.

Slovak exports are mainly destined for the European Union and a considerable volume of its goods exported to these countries ends up in China and other developing countries through various channels, the embassy wrote.

“There is room for Slovak exporters to enhance their commercial relations with their Chinese partners in such fields as road construction and electrical equipment technologies for oil and gas equipment,” Fico said during his visit to China, as quoted by the SITA newswire.

At the same time, he invited Chinese businesses to invest in Slovakia and mentioned IT company Lenovo as a model example, the SITA newswire wrote.

In 2007, Lenovo, the world’s fourth-largest PC manufacturer, added 180 jobs to its operation centre in Bratislava, increasing the size of its staff there to 400.