EIGHT months after replacing Miroslav Jureňa as agriculture minister, Zdenka Kramplová, a nominee of the ruling coalition’s Movement for a Democratic Slovakia (HZDS), is about to join the ranks of ministers who have been forced to quit the Robert Fico cabinet. 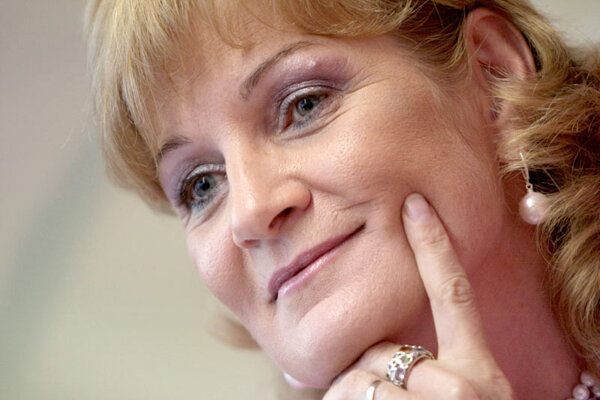 EIGHT months after replacing Miroslav Jureňa as agriculture minister, Zdenka Kramplová, a nominee of the ruling coalition’s Movement for a Democratic Slovakia (HZDS), is about to join the ranks of ministers who have been forced to quit the Robert Fico cabinet.

“Considering the existence of the ruling coalition government and the provisions of the coalition agreement, I will submit a proposal for the recall of the minister to Slovak President Ivan Gašparovič,” said Fico, as quoted by the SITA newswire.

However, Fico also added that he has not seen any considerable shortcomings in Agriculture Minister Kramplová’s work and confirmed that the minister in fact has lost the confidence of the HZDS, the party that nominated her to the post, and its head, Mečiar. At a press conference on August 14, Kramplová said she was surprised by the information that initiated her recall and that she disagrees with the cited reasons.

Kramplová, former ambassador to Canada and a foreign affairs minister with a colourful political past, denied any non-transparent financing at her ministry.

“My conscience is clear,” Kramplová said, as quoted by the SITA newswire.

The HZDS has already picked a replacement for Kramplová: Stanislav Becík, who is the chairman of the Association of Agro-Businesses, a cooperative in Dvory nad Žitavou.

Kramplová’s predecessor was sacked after a suspicious deal involving land plots covering more than one million square metres and worth about Sk1.5 billion (€45.4 million), situated in the lucrative High Tatras. The plots were sold for Sk13 million to GVM, a company close to Mečiar.

The HZDS has been in the spotlight since the party published its annual report on party financing, which indicated that the HZDS was the luckiest of all the parliamentary parties as far as the sum of donations from individuals concerned. Political ethics watchdogs and media dubbed the report suspicious and non-transparent at the very least.

The two most generous contributions to the HZDS came from individuals. Rudolf Trávniček, an 82-year-old pensioner who lives in a one-room flat, gave the party Sk7.2 million (€239,000). A businessman, Jozef Oceľ, also donated Sk4 million (€133,000) to the party, however, according to several media reports, his company has a tax debt amounting to more than Sk1.1 million (€36,500).

The copies of the donation documents were signed by Kramplová on December 18, 2007. However, the private television channel Markíza reported that on that day, she was in Brussels and flew back to Vienna shortly before 20:00.

Kramplová graduated from the Agriculture University in the Bulgarian city of Plovdiv in 1981, specialising in viticulture and horticulture. She entered politics in 1990s. She was an advisor to Mečiar, the prime minister at the time, and head of the Slovak Government Office between 1992 and 1994. From January 1997 to October 1998, she was foreign affairs minister. During Kramplová’s time in foreign affairs, Slovakia slipped to the brink of international isolation.

(Further developments were unavailable by the time The Slovak Spectator went to print on August 14.)
Ľuba Lesná contributed to the report