THE SLOVAK National Party (SNS) has nominated Ján Chrbet, one of its MPs, to become the new Environment Minister.Prime Minister Robert Fico has already given his approval to the choice, while environmental organisations have voiced disappointment, citing Chrbet's lack of experience in the field. 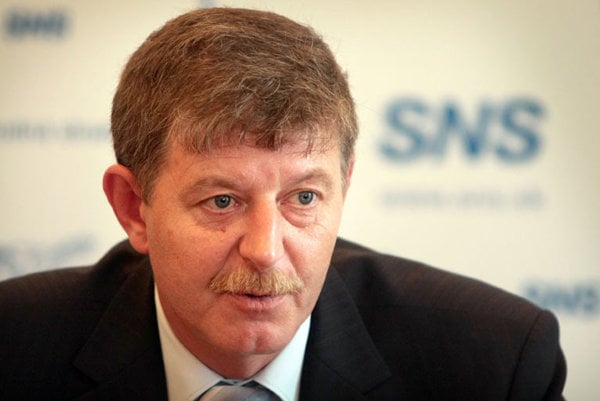 THE SLOVAK National Party (SNS) has nominated Ján Chrbet, one of its MPs, to become the new Environment Minister.Prime Minister Robert Fico has already given his approval to the choice, while environmental organisations have voiced disappointment, citing Chrbet's lack of experience in the field.

Chrbet has asked for a little patience while he transitions into the position, and NGOs seem willing to grant him at least that.

Chrbet's nomination was approved by the SNS leadership on August 13 after party chairman Ján Slota proposed him for the post. The prime minister's spokesperson told the ČTK newswire that Fico has no objections. She added that the prime minister will officially submit Chrbet's name to President Ivan Gašparovič on August 14, immediately upon the president's return from the Olympics in Beijing.

Chrbet's only comment so far has been to say that he views the environment as a concern that affects everyone.

He then called on journalists to be patient with him until he gets acquainted with the issues and the field, saying environmental protection is a very diverse subject.

“Yet everyone has some experience with the environment," Chrbet said.

Róbert Oružinský, a forestry specialist and environmentalist from Ekofórum, which comprises several non-governmental organisations, told The Slovak Spectator that it was a mistake to nominate someone who shared recently-dismissed minister Jaroslav Izák's lack of experiernce in ecology.
“But let’s wait and see,” Oružinský told The Slovak Spectator.

Oružinský said the fact that it took the SNS three weeks to nominate a candidate for the ministry is a sign that the party is short on personnel.

In fact, Anna Belousovová confirmed at the announcement on August 13 that Chrbet was the first and only name discussed among SNS leadership, according to the SITA newswire.

Oružinský from Ekofórum said that the new minister should revive the dialogue between public officials and NGOs that fell silent during Izák’s term in office.

Chrbet became a member of the SNS in 2006, succeeding Dušan Švantner, who was promoted to State Secretary of the Slovak Transport, Post and Telecommunication Ministry. He serves on the Parliamentary Committee for Economic Policy.

Chrbet graduated from the Military Secondary Grammar School in Banská Bystrica and the Military Technological College in Liptovský Mikuláš.

Upon graduation he worked in command positions for seven years, and later taught at the Military Secondary Grammar School in Banská Bystrica. In 1992, he started an eco–friendly business that produces bio-diesel and food herbal oil and manages waste disposal.

Chrbet is taking over the Environment Ministry from Jaroslav Izák, who was fired late last month for signing off on shady allocations from the Environmental Fund.

One such subsidy, for Sk200,000, went to the mother-in-law of the head of the Environment Office, which is part of the ministry. Izák also approved subsidies to Jozef Ďuračka, an SNS MP, and Jozef Minďáš, the head of the state forest company.

Prime Minister Robert Fico sacked Izák on July 22, citing “unethical conduct”. This made Izák the fourth minister to leave the cabinet since the parliamentary elections in 2006.

According to Rafael Rafaj, the chairman of the SNS caucus, Izák will fill Chrbet’s place as an MP.