EVEN though only a handful of large Italian companies have invested in Slovakia, they've ensured their position in the commercial world by going into strategic fields such as energy production and banking. The Italian power company Enel owns a majority stake in Slovakia's single energy producer and the Intesa and UniCredit banks own two major Slovak banks. 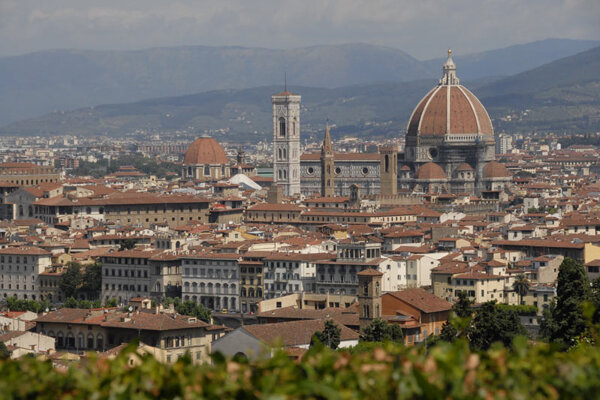 EVEN though only a handful of large Italian companies have invested in Slovakia, they've ensured their position in the commercial world by going into strategic fields such as energy production and banking. The Italian power company Enel owns a majority stake in Slovakia's single energy producer and the Intesa and UniCredit banks own two major Slovak banks.

However, these are not the only Italian players on the Slovak market. There are actually about 550 Italian companies operating in Slovakia and most of them are small- and medium- enterprises (SMEs) that employ roughly 40,000 people, reports the Italian–Slovak Chamber of Commerce. These companies operate in fields and regions stretching from Slovakia's west to east, even despite the latter's lack of infrastructure.

Although the Slovak economy is based mainly on larger companies, SMEs flourish thanks to their flexibility and ability to quickly respond to changing market conditions. Because of this, SMEs deserve an improved system of investment incentives, which still mostly favour larger investors, say Italian entrepreneurs.

“Regarding Italian SMEs, they are mostly focussed on the automotive sector, where suppliers choose to reallocate, following producers that are based in the region, such as PSA Peugeot Citroen, Volkswagen and Kia, but also Fiat in Poland,” Alessandro Villa, general secretary of the Italian–Slovak Chamber of Commerce, told The Slovak Spectator.

Italian SMEs also have a presence in the textile, plastics production, transport, food, machinery, wood processing, and chemical industries. Packaging and cosmetics are also represented and many Italian companies are also active in real estate, construction and consulting.

“The environment, mainly waste disposal and recycling related issues, and energy production from renewable resources are areas where bilateral cooperation between Italy and Slovakia could be developed in the future,” said Paolo Quattrocchi, director of the Italian Trade Commission and attaché for foreign trade at the Italian Embassy in Bratislava. “EU funds are a determining factor here.”

The Slovak economy is mainly dependant on several large companies and the SME sector is still small. However, even EU bodies have stressed the need for its development as a source for jobs. The presence of diversified Italian SMEs can help Slovakia bring this segment of its economy to life.

In Italy, small and medium enterprises are usually located in industrial zones. Thanks to their flexibility, these companies have been able to overcome the economic and financial crises of recent years and at the same time face the competition challenges of globalization, Quattrocchi said.

He listed several aspects of the Slovak business environment the Italian businesses appreciate.

According to Quattrocchi, Slovakia is strategically located from the geographic and geopolitical point of view, being both a Central and Eastern European crossroads, as well as a connection to the Balkans. Its tax rate is low since it adopted a flat tax of 19 percent for companies and individuals in January 2004. Foreign and domestic companies have equal rights and obligations in Slovakia and the country also has a long industrial tradition.

However, Quattrocchi said, the Slovak business environment is also criticised for its investment incentive policy when it comes to SMEs. A company can apply for investment incentives only when it invests a certain amount, but this minimum threshold is too high for SMEs.
Italian investors also appreciate Slovakia's economic stability.

“Italian business circles perceive the Slovak social and economic environment as reliable and fair, perhaps more than in other regions in the 'New Europe',” said Villa.

However, Villa added, as the growth of the Slovak economy is taking its toll in the form of a labour shortage, the Slovak government should assure workforce availability and support its specialization.

The exchange of goods and services between Slovakia and Italy increases each year, according to data provided by the Slovak Statistics Office. The amount of Slovak exports to Italy and the import of goods from Italy to Slovakia are both growing. Slovakia reaches a positive trade balance with Italy in the long-term. While in 2007 the balance represented €976.1 million, in 2006 it was €536.5 million. Slovak exports to Italy were €2.69 billion and €2.15 billion in 2007 and 2006, respectively.

From 1993 to 2007, Italian foreign direct investments in Slovakia amounted to a total of Sk66.2 billion, according to data from the National Bank of Slovakia. This placed Italy in fourth place among Slovakia's largest investors.

The first significant wave of Italian investments are spread across all sectors and focus mainly on production, said Villa.

“Considering the progressive increase of local purchasing power in Slovakia, we could expect a second wave of investments, focused on the export products made in Italy,” he added.

The largest Italian investments came to Slovakia shortly after the year 2000.

As of April 2006, Enel holds a 66-percent stake in Slovenské Elektrárne (SE). The remaining portion of the company is in the hands of the state. Enel paid €839 million for its stake in SE.

“We would like to have invested over €3 billion, or Sk100 billion, in Slovakia by 2013,” said Michele Bologna, director of communication in SE, Enel Group. “We only have one condition: that the country provide a stable, predictable, transparent and non-discriminatory regulatory framework and legislation.”

SE's share, as a power generator, of the consumer price of electricity is too small, said Bologna. Currently, it only comes to 45 to 48 percent, whereas the average in Europe that power generators receive of the final price is no less than 55 percent.

Europe as a whole is facing energy deficits, and this is reflected in a general price increase in the region, and Slovakia is no exception, he added. “Therefore, we have to invest heavily today,” Bologna said. “Tomorrow it will be too late.”

VÚB, formerly a Slovak bank, has been a member of the international bank group Gruppo Banca Intesa since 2001.

UniCredit Bank in Slovakia has its history in the former Slovak bank Slovenská Poľnohospodárska Banka, which was established in 1990. The Slovak bank later changed its name to Poľnobanka. UniCredito Italiano became its majority shareholder in May 2000 and the bank was renamed again in 2002 as UniBanka. In 2005, the merger of bank groups UniCredito Italiano and HVB was legally completed. UniCredit Bank Slovakia was the result of a merger of UniBanka and HVB Bank Slovakia in April 2007.

When evaluating UniCredit Bank Slovakia's presence on domestic market, Jozef Barta, chairman of its board of directors and its general director, said that he is pleased that the trust of clients in banking services is increasing. The banking sector positively impacts the whole business environment in Slovakia, he said.

“For sure, the euro adoption in Slovakia and all the related steps which banks must take have an impact on this whole year, and not only from legislative point of view,” he said. Many people consider banks to be one of the most trustworthy sources on the euro adoption process, said Barta.