The fall of the ministers

THE MURKY dealings which have surrounded the recent departure of two members of Prime Minister Robert Fico’s cabinet have led analysts and the opposition to argue that the government has made cronyism its “modus operandi”. But analysts say that despite the administrative disruption caused by the cases, the governing coalition seems unlikely to see much of a fall in its popularity any time soon. 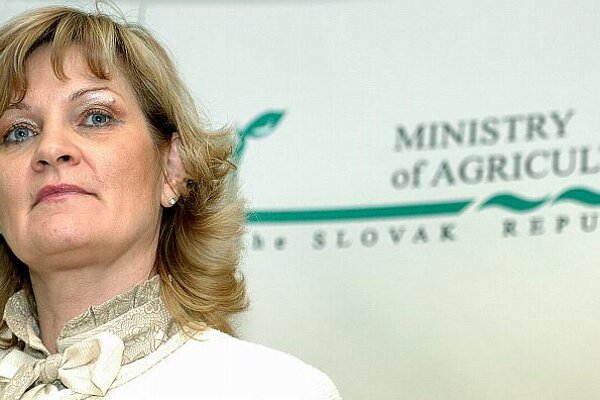 THE MURKY dealings which have surrounded the recent departure of two members of Prime Minister Robert Fico’s cabinet have led analysts and the opposition to argue that the government has made cronyism its “modus operandi”. But analysts say that despite the administrative disruption caused by the cases, the governing coalition seems unlikely to see much of a fall in its popularity any time soon.

Agriculture Minister Zdenka Kramplová, a nominee of the Movement for a Democratic Slovakia (HZDS), was sacked in mid-August for reasons which remain obscure, but in statements since her dismissal she has referred to political pressure over a ministry tender for information technology worth Sk900 million. Kramplová had held the ministerial post for just eight months; her predecessor, Miroslav Jureňa, lost his job in November 2007 in the aftermath of a scandal involving suspected corruption at the Slovak Land Fund, which falls under the jurisdiction of the Agriculture Ministry.

Jaroslav Izák was dismissed as environment minister on July 22, 2008. Sacking him, Prime Minister Fico referred to what he called “unethical conduct”. He cited a Sk200,000 subsidy awarded to the mother-in-law of the head of the Environment Office as the main evidence justifying the dismissal.

According to the Sme daily, Izák, a nominee of the Slovak National Party (SNS), had also approved subsidies from the Environmental Fund to Jozef Ďuračka, an SNS MP, and Jozef Minďáš, the head of the state forestry company.

The leadership of the opposition Christian Democratic Movement (KDH) on August 19 published a statement denouncing the current government. “The leaders of Smer, the SNS and the HZDS [the governing parties] are abusing top ministerial posts in order to pursue their own financial interests by opening their arms to cronyism, non-transparency, and corruption,” the party said.

The KDH also expressed concern at the inactivity of the prime minister. According to the party, Fico has ignored cronyism and serious suspicions of corruption. “Robert Fico must do everything to ensure that his government does not remain just a theatre group, which ultimately consists not of autonomous ministers but rather of puppets in the hands of the chairmen of coalition parties.”

The government’s press department reacted sharply to the KDH statement. Describing it as “political folklore”, the press department declared that in fact the prime minister was the one fighting cronyism: “In previous cabinets, the prime minister was never ready to risk a split in the governing coalition in order to fight non-transparency,” it said.

The next day, Vladimír Mečiar’s HZDS, a junior coalition party, also reacted, saying that the KDH should put its own house in order.

Political analyst Samuel Abrahám stressed that the gravest fact about the non-transparent behaviour at the Environment Ministry, but also in relation to allegations of dodgy funding of the HZDS, was the fact that neither Fico nor anybody from the governing coalition acted. “It is a scandal that they do not react,” Abrahám told The Slovak Spectator.

According to Grigorij Mesežnikov, president of the non-governmental think-tank the Institute for Public Affairs, it is remarkable that almost every minister to have left Fico’s cabinet was in some way connected to a case of cronyism.

Fico takes more radical action in the case of nominees from other coalition parties, Mesežnikov told The Slovak Spectator, adding that the prime minister seems to defend ministers who are nominees of his own Smer party.

In this connection, Mesežnikov named Labour, Family and Social Affairs Minister Viera Tomanová and Finance Minister Ján Počiatek, who both remain members of Fico’s cabinet despite being linked to serious suspicions of cronyism.

The subsidies are being granted as part of a pilot project to support ‘social companies’, firms that receive state support in return for hiring socially vulnerable employees.

The organisation owed the state nearly Sk2.8 million (€93,000) in unpaid taxes, but was granted a subsidy after its authorised representative, Miroslav Mečíř, signed a statement confirming that his organisation had settled all its debts to the state.

Privilégium was forced to return the subsidies in August 2007. In late June 2008, Štěpánka M., another authorised representative of Privilégium, was charged with fraud.

Počiatek met Ivan Jakabovič, a partner in the J&T financial group, aboard Jakabovič’s yacht in Monaco a few days before the European Central Bank revalued the crown's central parity (the mid-point exchange rate between the crown and the euro) on May 28, according to Plus Jeden Deň, the tabloid daily which broke the story.

Former finance minister Ivan Mikloš later stated that J&T made hundreds of millions of crown by trading in the Slovak currency just as the revaluation took place.

The recent ministerial replacements seem unlikely to have a big impact on the popularity of the government. Similar cases have occurred before in Fico’s cabinet, and their circumstances have been widely broadcast, but the ruling coalition’s popularity has not decreased, Mesežnikov told The Slovak Spectator.

“Following some cases, it even increased,” Mesežnikov added.

The reason for this, according to Mesežnikov, is that those who support the coalition parties pay more attention to positive economic results than to suspicions of cronyism. “Overall, they perceive their situation positively, and they link it to the government of Robert Fico.”

Abrahám agreed that the ruling coalition will not lose popularity in the near future.

According to Abrahám, Slovak society first of all needs to be concerned that a private company received an order worth Sk900 million from a public body in a non-transparent way. “As long as society doesn’t mind, we will have hundreds of such tenders,” he said.