Preparing for a soft landing

AFTER a period of strong growth during which Slovakia’s economy excited market watchers, pleased financiers and puzzled Brussels, the pace has continued to slacken during the second quarter of 2008. However, few in the market have started biting their nails yet: the Slovak economy is continuing to grow faster than some key EU economies, where recession is now a real fear. 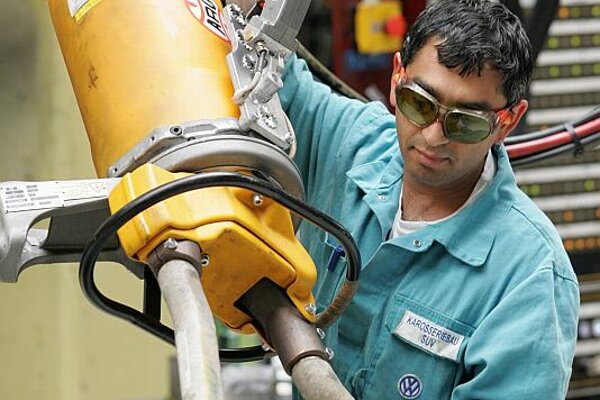 AFTER a period of strong growth during which Slovakia’s economy excited market watchers, pleased financiers and puzzled Brussels, the pace has continued to slacken during the second quarter of 2008. However, few in the market have started biting their nails yet: the Slovak economy is continuing to grow faster than some key EU economies, where recession is now a real fear.

Slovakia’s gross domestic product posted 7.6 percent growth in the second quarter of 2008, according to a flash estimate released by Slovakia’s statistics authority on August 16. Total GDP for the quarter reached Sk507 billion. For the first half of 2008, GDP grew by 8.1 percent, according to the Slovak Statistics Office. Detailed figures will be published on September 3.

In the last quarter of 2007, the country's GDP increased by 14.1 percent year-on-year, due to a one-off hike in the excise tax on tobacco products which led to significant bulk-buying before it came into force.

In the first quarter of 2008, the Slovak Statistics Office reported a GDP of Sk472.5 billion (€15 billion), representing 8.7 percent growth year-on-year. The economy posted the highest increase among all EU states, ahead of Romania (8.2 percent), and Lithuania (6.8 percent), according to Eurostat data.

Market watchers are neither surprised by the slowdown, nor do they think the country’s economy has taken a worrying turn.

“The market had expected the slowdown, it has not come as a surprise,” senior analyst with VÚB Bank Martin Lenko told The Slovak Spectator. “The slowdown from 2007’s record growth of 10.4 percent is natural considering the fact that growth in 2007 was mostly fuelled by the takeoff of production in the car industry and, in the last quarter, pre-stocking of tobacco products due to a one-off hike in the excise tax.”

Silvia Čechovičová, a senior analyst with ČSOB, a bank, agrees that the slowdown had been expected, partly due to the high figure from last year and also because some early economic indicators had already suggested the development.

“The lower creation of stocks probably also underlays the slower growth. However, we will know more only after September 3, when the detailed structure is published,” Čechovičová told The Slovak Spectator. “I do not view the published number negatively since within Europe it is still one of the highest [levels of] economic growth, despite the evident slowdown of the economies of our largest trade partners.”

Chief analyst of UniCredit Bank Viliam Pätoprstý called the process “lowering altitude prior to a soft landing”, and said he does not expect a repeat of the situations in Estonia or Latvia, which have entered recession.

“The economy is structurally healthy and most probably is the fastest growing economy in the European Union,” Pätoprstý told The Slovak Spectator.

Pätoprstý assumes some continued slowdown in the fourth quarter of 2008, when it could dip below 5 percent, but expects this to be a one-time effect.

“I assume that in the third quarter the growth of economy will still be over 7 percent, but in the last quarter we will see a slowdown from this figure, mostly because of the high basis from Q4 in 2007,” Čechovičová said, confirming Pätoprstý’s estimate.

Lenko expects the economy to post real GDP growth of 7.5 percent for the whole of 2008.


As for the record breaking numbers, neither Čechovičová nor Pätoprstý expect the economy to repeat its record 10-percent growth.

“Last year was special, with such high growth possible partly because of the takeoff of the carmakers and one-off effects,” Čechovičová said.

However, Lenko is slightly more optimistic regarding the potential of the economy if conditions are good enough.

“Theoretically it is possible, but it will not happen in the next two or three years,” Lenko said. “A repeated acceleration to such high levels would have to be supported by the arrival of additional large investors, as occurred in the case of producers of cars and electronic devices.”

The economies of several large countries in the eurozone have begun to stagnate lately, with many others fearing recession. Market watchers said that although Slovakia cannot remain immune to what afflicts the EU’s major economies, the impact has not yet been dramatic. Slovakia will join the eurozone in January 2009.

“Considering the fact that Slovakia is a largely open economy and its trade partners are mostly in the European Union, the slowdown of GDP in these countries should be reflected in Slovakia as well, through the effect of a drop in foreign demand,” said Lenko. “This would affect Slovakia even if the country was not about to enter the eurozone.”

However, adopting the euro will bring exporters and importers the advantage of erasing or reducing monetary risks, Lenko added.

Čechovičová agrees that the slowdown in eurozone economies will have some effect on Slovakia’s economic growth, but in her opinion the impact should be limited considering the lower wage expenses in Slovakia.

Slovakia should continue profiting from the massive investments of recent years and the solid growth in household consumption, she added.

But again, the slowdown in the eurozone and its potential impacts on Slovakia had been long expected and are narrowly linked to the mortgage crisis, growing energy prices and the slowing global economy, said Pätoprstý.

“We think the bottom should be reached next year, so the state of gradual slowdown will thus last at least a year and will lead to a fall in interest rates in the eurozone,” he concluded.