AUSTRIA is the only western European country bordering Slovakia. The two countries also shared a common past for several hundred years when both were part of the Austro-Hungarian Empire. And now, their geographical and cultural proximity has created a solid base for business cooperation and above-average relations. 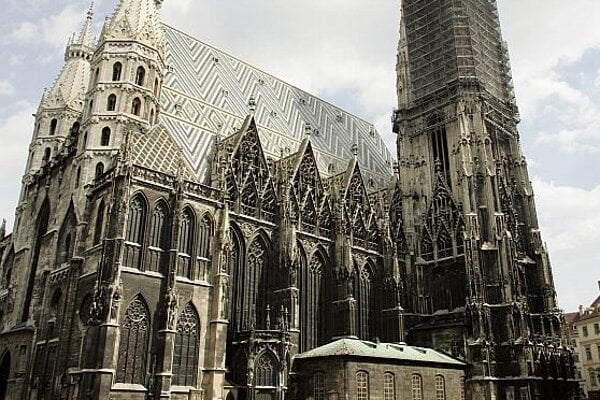 AUSTRIA is the only western European country bordering Slovakia. The two countries also shared a common past for several hundred years when both were part of the Austro-Hungarian Empire. And now, their geographical and cultural proximity has created a solid base for business cooperation and above-average relations.

For instance, the National Bank of Slovakia will borrow 188 million euro banknotes worth €7 billion from the Austrian National Bank to secure Slovakia's process of banknote front-loading in preparation for its admission to the eurozone in January 2009.

According to the statistics of the National Bank of Slovakia (NBS), Austria was in third place in the volume of foreign direct investments in Slovakia as of 2006.

However, the results of an Ernst & Young survey published this July show that Austria is currently the second largest investor in Slovakia.

“The interest of Austrian companies in Slovakia is tremendous, particularly in the areas of trade and investments,” Konstantin Bekos, commercial counsellor of the Austrian Embassy, told The Slovak Spectator.

Companies are attracted by Slovakia’s geo-strategic position, which is close to Austria and a gateway to Eastern Europe.

“The countries' geographic proximity does matter because of time and money,” he said.


A short distance of one day’s journey or less facilitates market entry and familiarity with business partners. It is an ideal situation for companies exporting for the first time, Bekos added.

And later, if Austrian companies decide to invest in Slovakia and, for example, to build a production facility there, the transportation costs, which are of utmost importance, remain reasonable.

However, one of its biggest current challenges is the recruitment and retention of skilled labour, according to Bekos. And investors often mention red tape and the unstable regulatory environment as its drawbacks.

“The rapid change of jurisdiction, e.g. in public procurement, creates a maze which is intensified by extensive, drawn-out legal proceedings,” Bekos said, adding: “If these issues improved, mutual business could develop even more extensively.”

In Slovakia, there are approximately 1,600 subsidiaries of Austrian companies, mainly small and medium enterprises. Slovak components and labour enable them to become more flexible in worldwide competition, according to Bekos.

According to the NBS, Austrian companies had invested about $2.73 billion in Slovakia as of the end of 2006. However, the Austrian embassy estimates that the actual number is much higher.


Most cooperation between the two countries is in fields such as construction and infrastructure, metalworking, the automotive industry, consumer goods, food, wood, IT and raw materials.


“I expect the importance of services of all kind to increase considerably,” Bekos said. “Further potential lies in new and innovative products and joint efforts by Austrian and Slovak companies in foreign markets.”

Bilateral trade between Austria and Slovakia has been soaring over the last few years, according to the embassy.

In 2007, Slovak exports to Austria grew by 29 percent to €2.3 billion. The main goods exported were combustibles, vehicles and machinery. Slovak imports from Austria amounted to €2 billion which was a year-on-year increase of 16 percent. Automotive parts, machinery, fuels and consumer goods were most significant.

This trend has been continuing in 2008. Slovak exports increased in the first six month by 7.5 percent to €733 million, while imports rose by 14.2 percent to €540 million.

Most Austrian foreign direct investments come to Slovakia from small and medium-sized enterprises. However, Austrian capital also stands behind some major Slovak banks.

Austrian Erste Bank Group controls a 100 percent share in Slovenská sporiteľňa, the largest bank in Slovakia. Erste signed a contract with the Slovak Finance Ministry on the sale of a majority stake in the bank in January 2001.

The majority shareholder in Tatra Banka, the third largest bank in Slovakia, is Raiffeisen International Bank – Holding AG with a 72.4-percent share in voting rights.

Austrian insurance groups, including Generali and Uniqa, also operate in the Slovak market.