CZECH speleologists Jirka Mate and Aleš Procháska got lost in Zúgó Cave, near Kunova Teplica, in eastern Slovakia, on August 12 and couldn’t find their way out for more than 40 hours, the Nový Čas daily wrote. 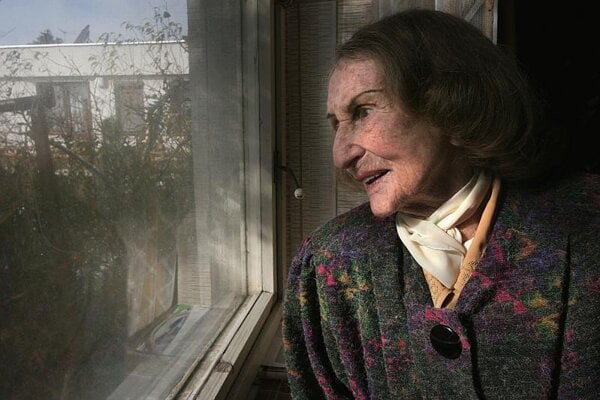 CZECH speleologists Jirka Mate and Aleš Procháska got lost in Zúgó Cave, near Kunova Teplica, in eastern Slovakia, on August 12 and couldn’t find their way out for more than 40 hours, the Nový Čas daily wrote.

The men wanted to explore the inaccessible parts of the nearby Hučiaca vyvieračka (Roaring Spring) Cave, which contains several hundred metres of tunnels, so they swam into it with oxygen tanks.

The trouble began when the rope connecting them to the entrance got lost in the muddy water, the ČTK newswire wrote.

Nonetheless, one of them was able to return to the entrance and find help.

He then returned and tried to help his trapped colleague, but they did not have enough oxygen to continue.

They waited the whole night in the cave until rescuers devised a plan and reached them at 9:30 the next morning.

Interior Minister Robert Kaliňák was on the scene, working with a team of rescuers from Poland, the Czech Republic, and Slovakia.

“We talked a little, relaxed, and exercised regularly, so that we wouldn’t lose too much heat,” Procháska said.

The spelunkers said they had an emergency plan ready if rescuers couldn’t reach them.

“The trouble was that the water was so muddy,” Mate explained. “We knew the sediment would settle at the bottom and the water would eventually become clear.”

Both expressed a tremendous sense of relief.

“I would not wish that on anybody,” Procháska said. “But I wasn’t injured, so I have no reason to start hating speleology.”

Jirka added: “Zúgó did not even growl at me, so I will be back.”